Trump Insists Portland Is ‘Ablaze All The Time’; Fire Department Says No, It Really Isn’t 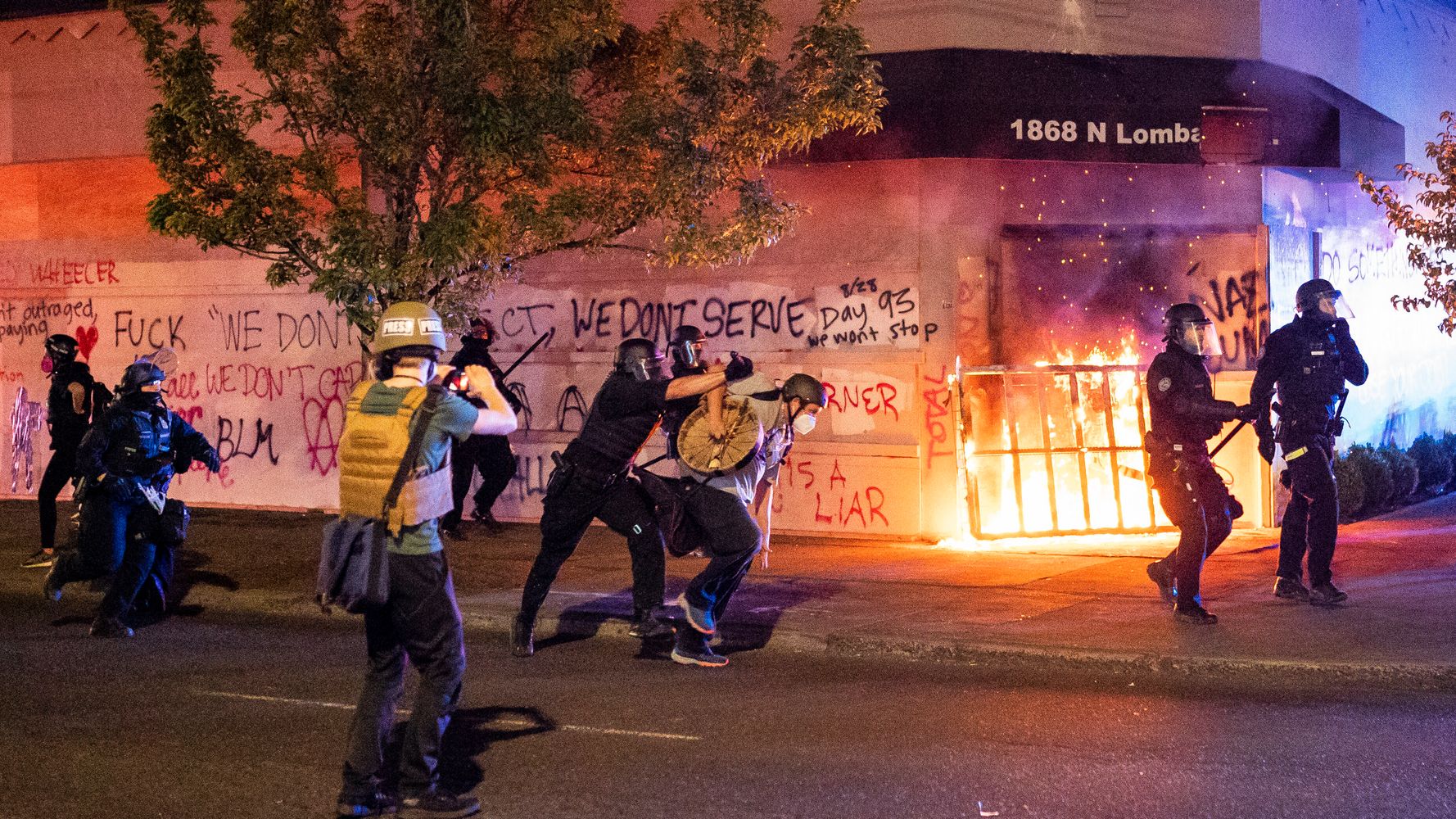 The Portland, Oregon, fire department has refuted President Donald Trump’s claim that the “entire city is ablaze all the time.”

“WE ARE NOT ABLAZE IN PORTLAND,” Lt. Rich Chatman, the public information officer for Portland Fire & Rescue, wrote in a text message to CNN reporter Daniel Dale after the president made the remarks at a Monday press conference. “There is a very isolated pocket of demonstrations that have involved fire, none of which have been substantial enough to need more than one fire engine.”

Demonstrations calling for racial justice have taken place in Portland since the May 25 police killing of George Floyd in Minneapolis, but, according to Chatman, fires at protests have largely been “inside dumpsters or trash cans and away from structures.” Chatman did acknowledge “a handful of incidents that involve direct attempts at starting a building fire,” but emphasized that they involved “a small group of demonstrators.”

Lt. Rich Chatman of the Portland fire department texts me just now: “WE ARE NOT ABLAZE IN PORTLAND. There is a very isolated pocket of demonstrations that have involved fire,” “none of which have been substantial enough to need more than 1 fire engine.” https://t.co/hj4Zke3Ss7

During his press conference, Trump talked about the fatal shooting Saturday of Aaron J. Danielson, who was associated with the far-right group Patriot Prayer and who died in a series of clashes between left-wing protesters and Trump supporters at an anti-racism demonstration. The president stressed that his supporters had been peacefully protesting by shooting paintballs ― a “defensive mechanism” ― instead of bullets, and he condemned the shooting of Danielson.

Trump, who has shown support for viral tweets predicting the downfall of “Democrat cities” in the past, grouped Portland with New York and Chicago and claimed that lawlessness had run rampant in the cities. The president said that if Portland Mayor Ted Wheeler would offer his consent, the violence in the city could be ended by federal troops in “approximately one hour.”

“The mayor refuses, perhaps for political reasons,” Trump said. “I don’t know why it’s good for him to have a city that’s falling apart and that’s under siege now for 94 days. But, really, it’s been under siege for years, if you know Portland. So, to the mayor, I say: Whenever you’re ready, let us know. We’ll solve your problem of violence. We’ll solve your problem of crime. We’ll arrest those criminals very rapidly, and you’ll be able to have some nice evenings in Portland.”

There is no evidence to support Trump’s claim that Portland has been “under siege for years,” but the president repeated this line in an interview with Fox News’ Laura Ingraham on Monday, arguing that the city had been burning “for decades.”

Wheeler, who wrote Trump a letter explicitly turning down federal law enforcement aid, has accused the president of deliberately inciting “hate and division” that have made the friction in Portland worse.