Trump Lawyer: Impeachment Could Bring About A Second Civil War 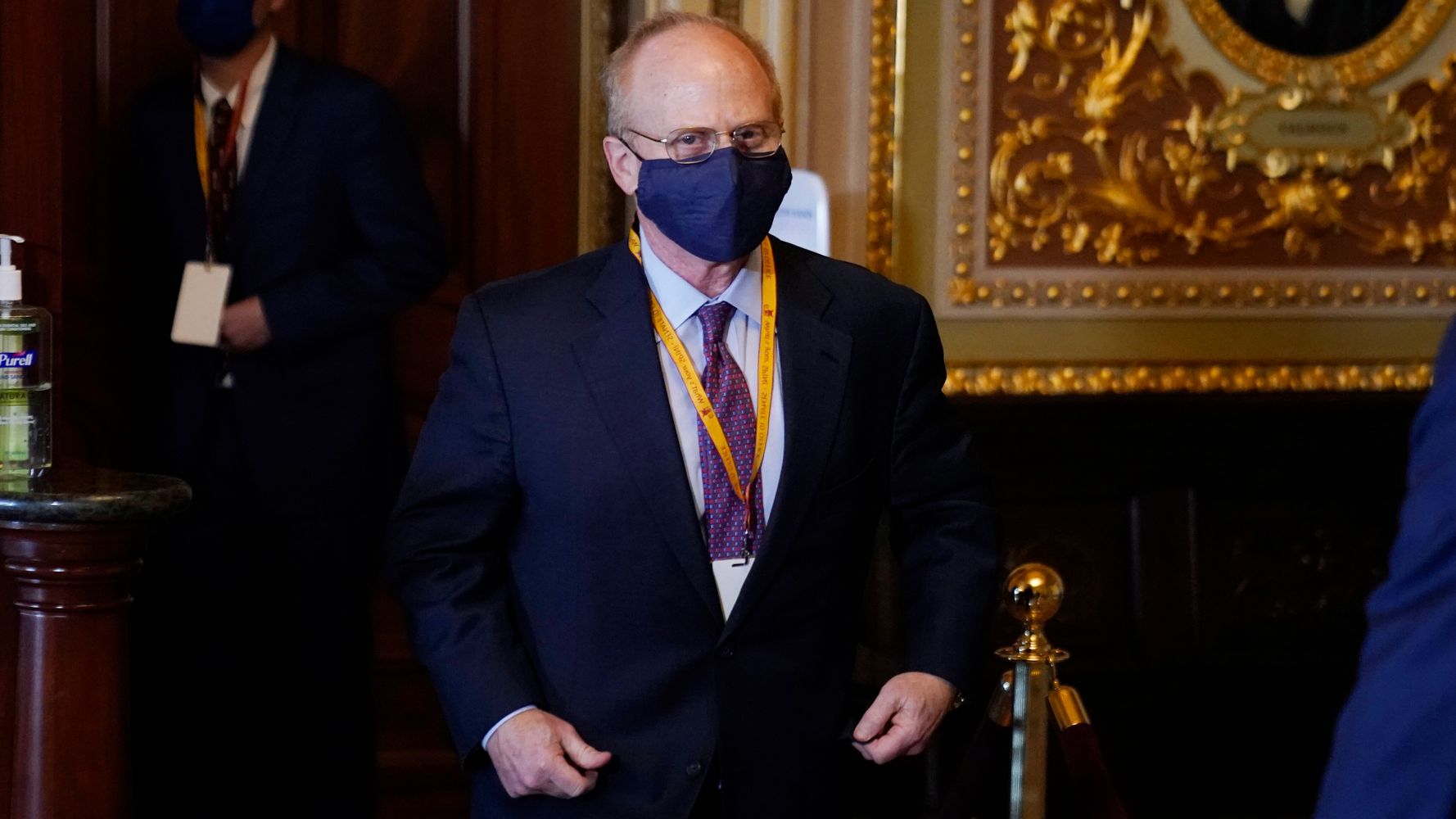 David Schoen, one of lawyers defending Donald Trump against impeachment charges, warned senators on Tuesday that convicting the former president could bring about a second civil war.

Schoen accused Democrats of knowing that “the so-called trial will tear the country in half, leaving tens of millions of Americans feeling left out of the nation’s agenda, as dictated by one political party that now holds the power in the White House and in our national legislature.”

“This trial will tear this country apart, perhaps like we’ve only seen once before in our history,” he added.

The House impeached Trump last month over his role in inciting a violent mob that took over the U.S. Capitol on Jan. 6. He is now facing trial in the Senate — which comes a year after the chamber acquitted Trump on two other articles of impeachment regarding his attempts to pressure Ukraine to smear Joe Biden and his family.

Democratic House managers who are prosecuting the case against the former president led the day with an emotional video showing harrowing footage of the Capitol attack, which was spliced together with Trump’s own comments encouraging his supporters to fight his political enemies.

Schoen’s comments are a chilling warning to senators ― and they’re right out of the Trump playbook.

Trump has also warned that extreme actions like violence and confrontation may happen, and perhaps be justified, if things don’t go his way. Indeed, hours after the Capitol was overtaken by his own supporters on Jan. 6, Trump tweeted, “These are the things and events that happen when a sacred landslide election victory is so unceremoniously & viciously stripped away from great patriots who have been badly & unfairly treated for so long.”

Earlier that day, at a “Stop the Steal” rally to challenge the results of the 2020 election, Trump encouraged his supporters to march to the Capitol and told them they would “never take back our country with weakness.”

He said Vice President Mike Pence had better do “the right thing,” and falsely claimed that Pence had the power to deny Biden his rightful election victory.

Pence later had to be whisked out of the Capitol and put in a secure location, as rioters were heard talking about how they wanted to lynch and execute him. Democratic lawmakers have also talked about how they feared for their lives that day.

Trump is not expected to be convicted. Democrats would need 17 GOP senators to join with them to bar Trump from becoming president ever again.