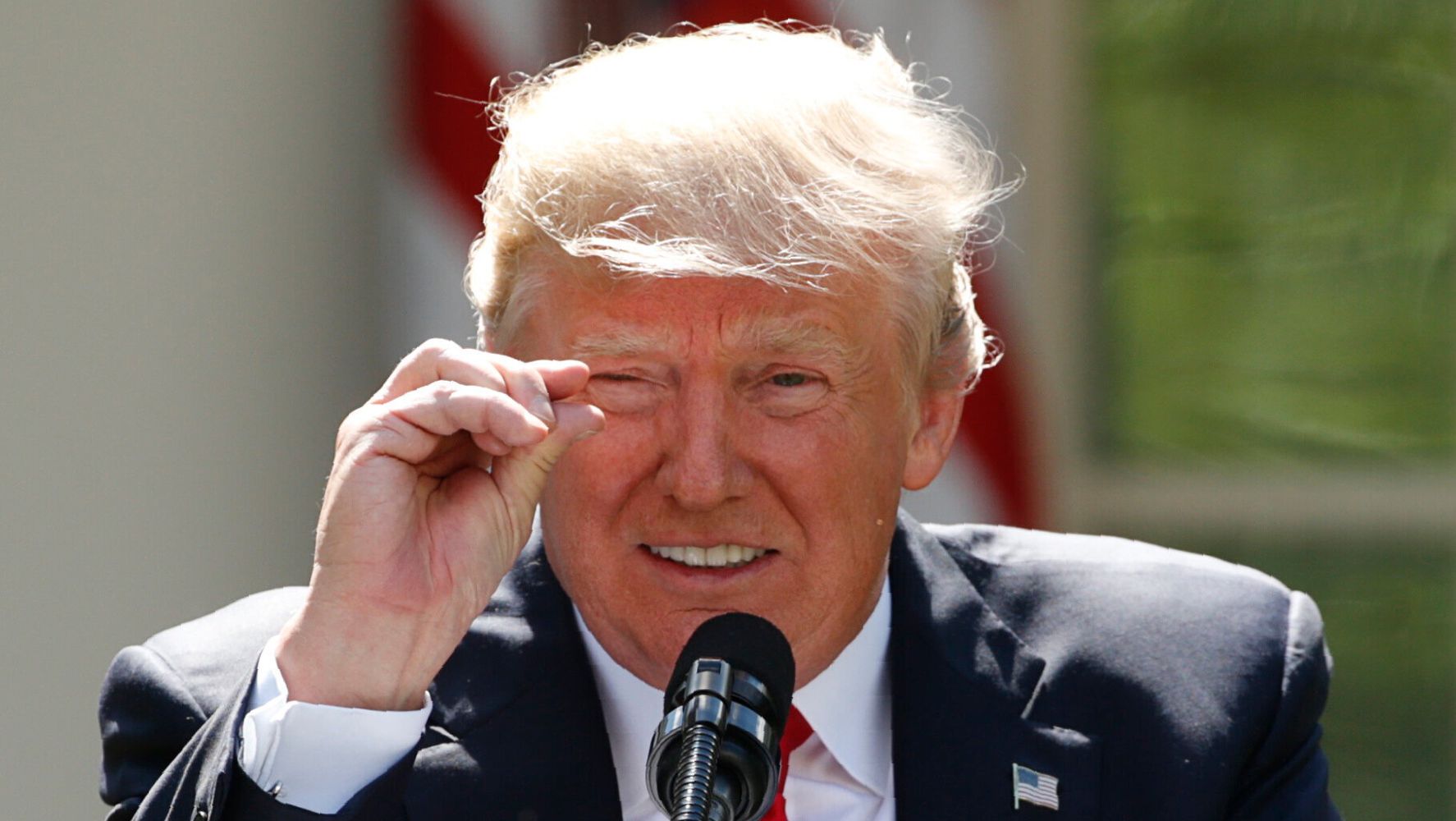 President Donald Trump was thoroughly mocked on Twitter Wednesday for suggesting that he and Democratic presidential nominee Joe Biden take drug tests before their upcoming debates.

Trump made the suggestion to Washington Examiner reporter Byron York after claiming, without evidence, that Biden was under the influence of drugs during the last Democratic primary debate against Sen. Bernie Sanders.

“I don’t know how he could have been so incompetent in his debate performances and then all of a sudden be OK against Bernie,” Trump said. “My point is, if you go back and watch some of those numerous debates, he was so bad. He wasn’t even coherent. And against Bernie, he was. And we’re calling for a drug test.”

This isn’t exactly a new tactic of Trump’s. In October 2016, he suggested that he and then-Democratic nominee Hillary Clinton take drug tests before their last debate after alleging, again without evidence, that she had been on drugs during their second debate.

Not surprisingly, the president’s idea that he and his Democratic opponent this year be tested for drugs before debating was the subject of much Twitter snark.

Trump says he’s calling for both himself and Biden to be drug tested before they debate, because Biden improved so much in his last debate against Sanders that “there’s no way” it could be natural, and “somebody said to me he must be on drugs.”

This is what certified batshit crazy looks like. https://t.co/48ox5Ae9WH

I bet Biden has bigger hands too https://t.co/cPzGsHNmOU

Does trump think the movie limitless was real life and there is a smart pill out there? How is someone this out of touch with reality our POTUS? https://t.co/JWAqSIt4KA

Trump is a horrible human being. https://t.co/UprOEIgV1m

One person predicted what the results of those drug tests might say.

One person thought Biden should offer an alternative.

Reasonable enough; suggest BIden counter offer with one more test: a 10th grade civics test. Loser has to drop out of the race. https://t.co/GbjJyU84x3