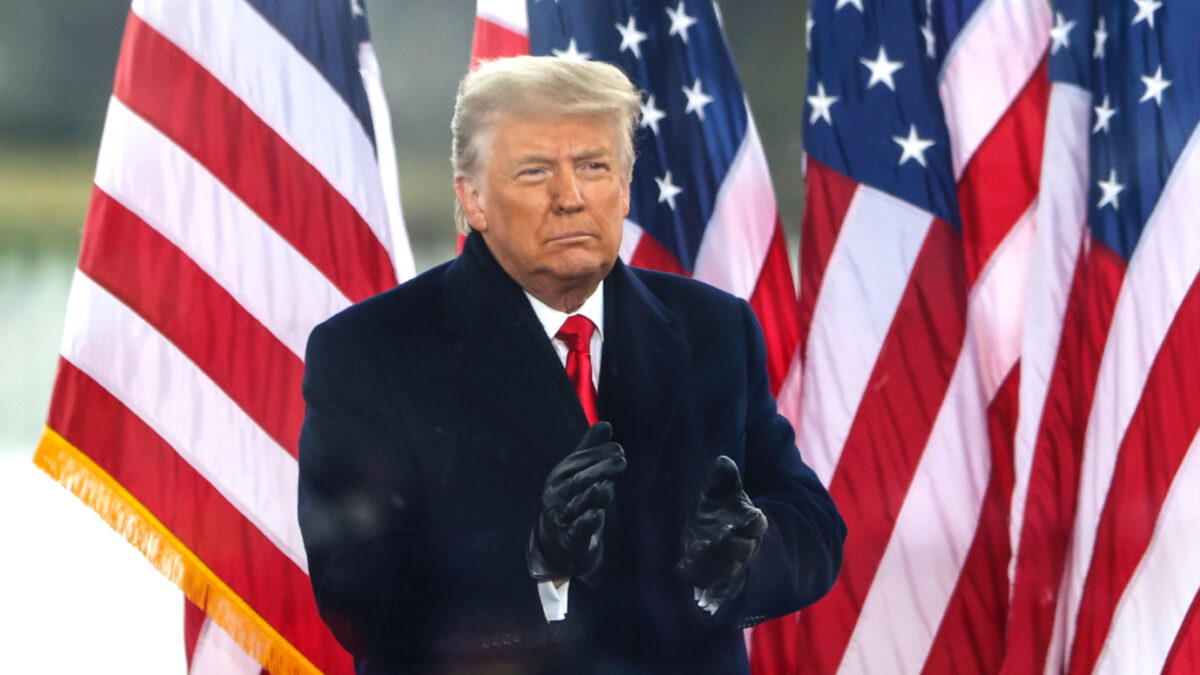 Jason Miller, senior adviser to former President Donald Trump, said on Feb. 6 that Trump is deciding how he will reemerge on social media, including considering whether to create his own platform.

“I would expect that we will see the president reemerge on social media,” Miller told Breitbart News on Feb. 6 on radio channel SiriusXM 125.

When pressed for more information about Trump’s social media plans, Miller said that “all options are on the table.”

“A number of things are being discussed. So stay tuned there because you know he’s going to be back on social media. We’re just kind of figuring out which avenue makes the most sense,” he said.

Trump, who has been one of the most active presidents on social media, was permanently suspended from Twitter and remains indefinitely banned from Facebook following the Jan. 6 breach of the U.S. Capitol. The targeted policing of Trump’s posts occurred throughout his presidency and ramped up following the Nov. 3 election, when the former president and his team repeatedly joined entreaties to independently review the integrity of the results in several states.

The social media companies justified their censorship as an effort to guard against violence, claiming that Trump had violated their terms of use. Their move to prevent Trump from expressing his views on the platforms came after the media, lawmakers, and other critics claimed that the former president’s remarks on Jan. 6 incited violence, which they say led to the Capitol breach.

In the upcoming Senate impeachment trial, Trump’s team plans to defend the former president by arguing that the trial is unconstitutional and that he was exercising his First Amendment rights when he made a speech on Jan. 6.

Trump had addressed a crowd in Washington as Congress met to count electoral votes, in which he reiterated allegations about election irregularities and potential fraud and his dissatisfaction with the media and several lawmakers. In his speech, Trump called on supporters to “peacefully and patriotically” make their voices heard at the U.S. Capitol.

The breach at the U.S. Capitol began before Trump had finished his speech at the rally, according to a timeline compiled by The Epoch Times. As the incident escalated, Trump continued his urge for peace and respect for law enforcement throughout the afternoon.

Following the incident, Trump condemned the “violence, lawlessness, and mayhem,” saying that those who “infiltrated the Capitol have defiled the seat of American democracy.”

“This is a very, very dangerous road to take with respect to the First Amendment, putting at risk any passionate political speaker,” David Schoen, one of Trump’s impeachment defense attorneys, previously said of the new round of efforts to impeachment Trump.

The Justice Department and FBI had also said that they had charged protesters who conspired to breach the U.S. Capitol days before the incident, a detail that challenges the argument put forward in many media reports that Trump’s speech on Jan. 6 was the impetus for the violence. Meanwhile, the pipe bombs that were planted at the RNC and DNC headquarters on Jan. 6 were believed to have been placed there the night before the riots, law enforcement bodies have said.

This week, media outlets began speculating whether Trump had joined the social media website Gab after the account realdonaldtrump, which is the same handle as Trump’s Twitter account, posted a copy of the letter Trump’s lawyers wrote to Rep. Jamie Raskin (D-Md.), the House of Representatives’ lead impeachment manager.

“We’ve always been transparent about this and would obviously let people know if the President starts using it,” founder and CEO Andrew Torba said in a statement on Gab.