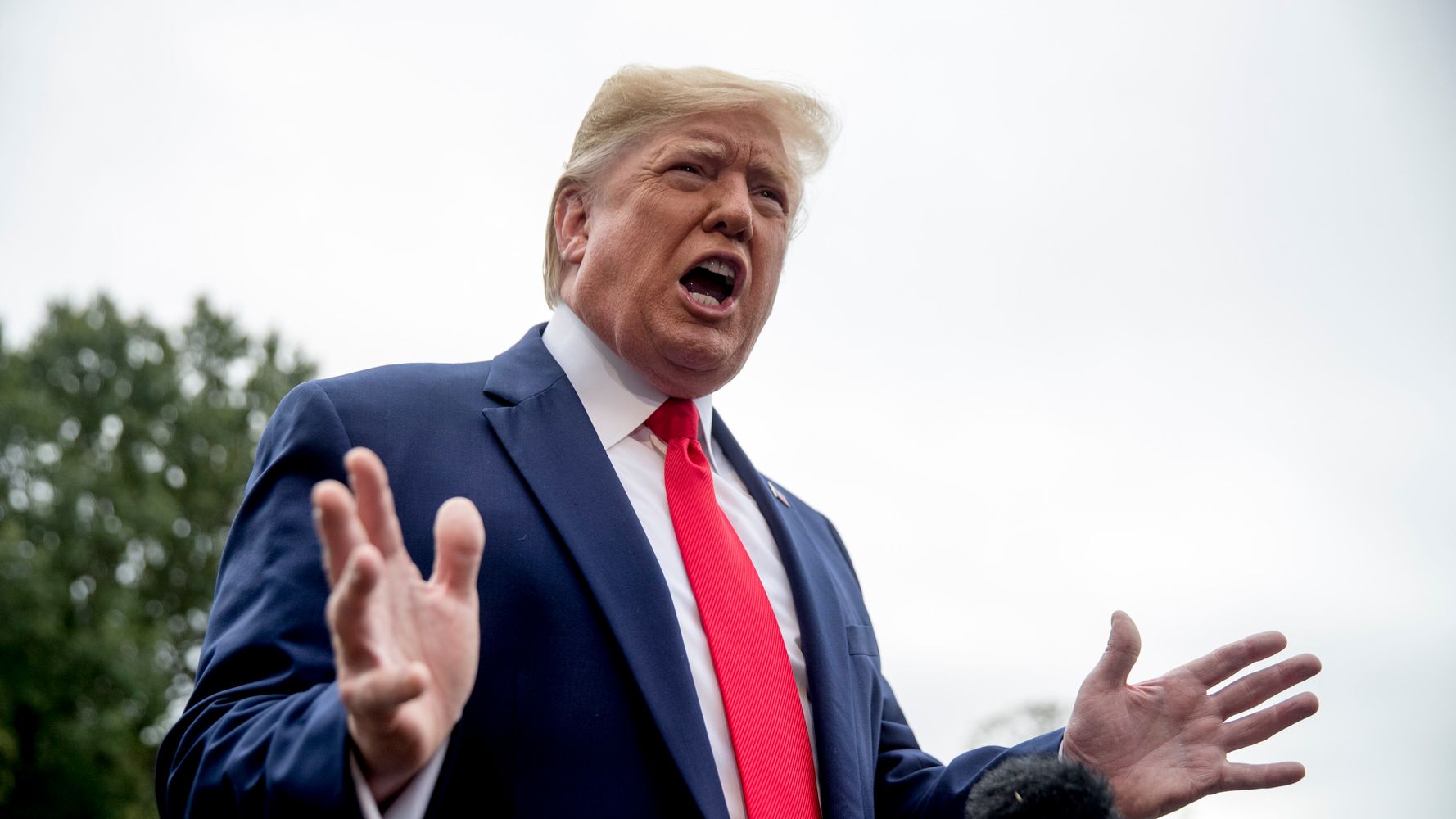 President Donald Trump on Thursday suggested China should investigate 2020 presidential candidate Joe Biden, appearing to openly ask another foreign government to influence an American election, even as Congress investigates him for allegedly pressuring Ukraine into doing the same thing.

“China should start an investigation into the Bidens, because what happened in China is just about as bad as what happened with Ukraine,” Trump told reporters Thursday.

The president made the suggestion while defending himself against House Democrats’ impeachment proceedings, launched after Trump appeared to pressure Ukranian President Volodymyr Zelensky to dig up dirt on Biden, whose son Hunter has had business dealings in the country.

Trump on Thursday continued to openly call for Ukraine to investigate the Bidens. He first made the request in a July 25 call that became public after an anonymous whistleblower filed a complaint, which is now the centerpiece of the House impeachment inquiry.

Trump’s suggestion comes amid GOP scrutiny at Hunter Biden joining the board of a Chinese private equity fund in 2013, while his father was vice president. The younger Biden accompanied the then-vice president on an official trip to China during that time.

In response to the latest comments, Biden and his campaign said in a Thursday statement it was yet another example of Trump’s “ongoing abuse of power.”

“What Donald Trump just said on the South Lawn of the White House was this election’s equivalent of his infamous ‘Russia, if you’re listening’ moment from 2016 — a grotesque choice of lies over truth and self over the country,” Biden’s campaign said, referencing Trump asking Russia to investigate 2016 presidential opponent Hillary Clinton’s emails. “The White House itself has admitted that Donald Trump tried to bully a foreign country into lying about the domestic opponent he’s afraid to look in the eye next November.”

Trump’s angry defense against the impeachment proceedings has included trying to portray these unprecedented requests for foreign intervention in U.S. elections as routine. The president has previously defended the call — in which, according to the White House’s summary, he dangled military aid in exchange for the investigation into his political rival — as “a perfect conversation.”

“Not a thing wrong,” he said Wednesday. “How can you impeach somebody on that conversation?”

While defending himself, Trump has also falsely accused both the whistleblower and House Intelligence Chair Adam Schiff (D-Calif.), leading the investigation into Trump’s call, of “treason.”

During a contentious press conference Wednesday, in which he appeared belligerent and red-faced, Trump repeatedly badgered Reuters White House correspondent Jeff Mason, when Mason tried to ask exactly what Trump wanted from Zelensky.

While calling Mason “rude” and criticizing “the corrupt media,” Trump continued to defend the call and claimed that “Biden and his son are stone-cold crooked.”