Trump On Netanyahu Amid Tense Elections: ‘Our Relationship Is With Israel’ 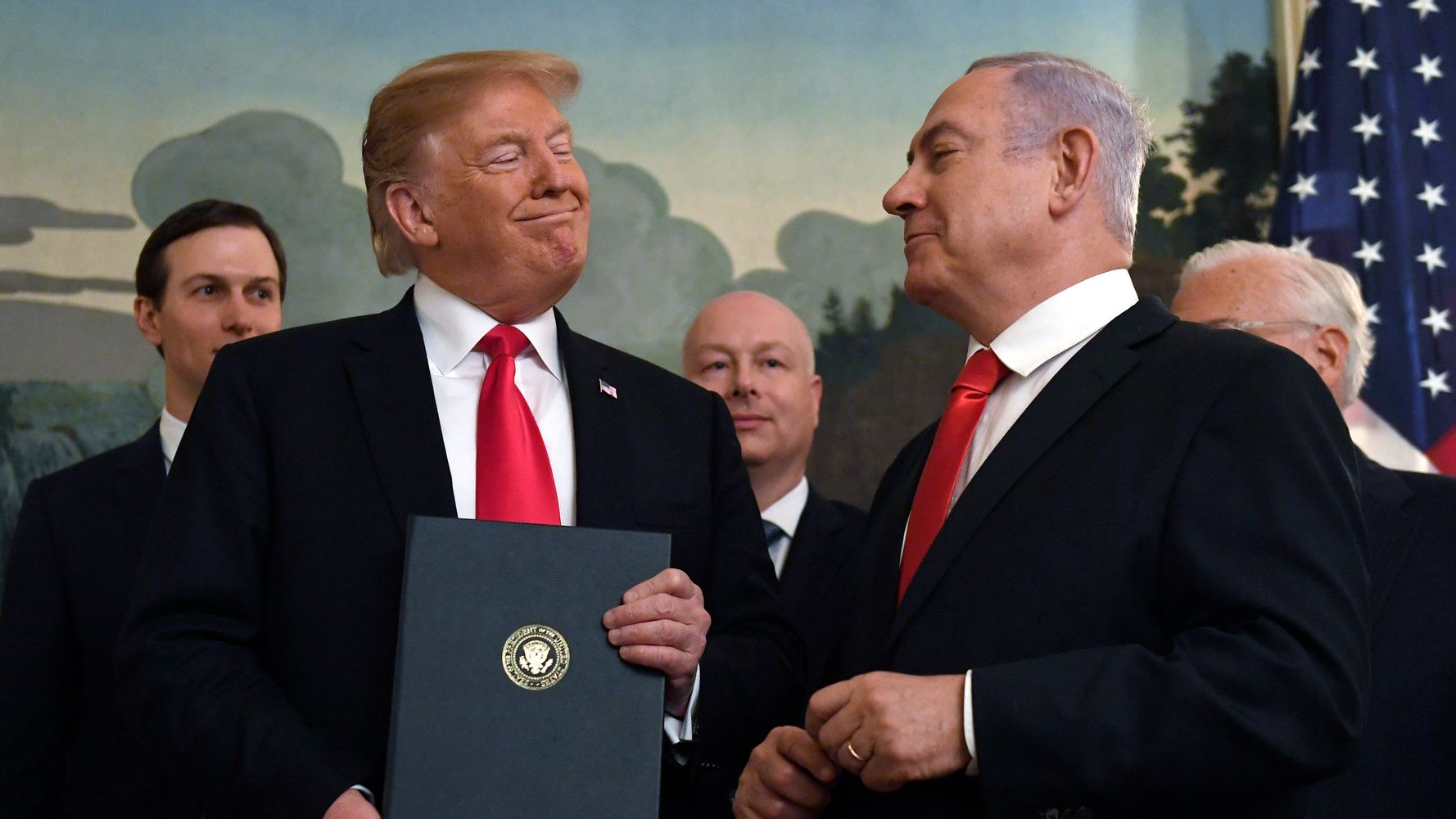 President Donald Trump, usually a vocal supporter of Israeli Prime Minister Benjamin Netanyahu, was less enthusiastic about their friendship Wednesday amid tense Israeli elections that might cost the right-wing prime minister his position.

When asked by reporters in Los Angeles whether he has spoken to Netanyahu since the Tuesday election began, the president said: “I have not.”

“Our relationship is with Israel,” he stressed, adding that he’s following the election results he said are “coming in and it’s very close.”

Trump, when asked about close Israeli election and Netanyahu’s future: “Our relationship is with Israel.”

While Trump’s comments are not a direct revocation of support for Netanyahu, they were unusually distant. Both leaders tend to show unwavering support for each other.

Netanyahu, the longest-serving prime minister in Israel’s history, is struggling to keep hold of his political power under the right-wing Likud party in the race against centrist challenger Benny Gantz, Netanyahu’s former military chief of staff who now leads the rival Blue and White party.

More than 95% of the votes were counted as of Wednesday, according to the Times of Israel, and have left the two candidates deadlocked in the country’s second election of the year after Netanyahu failed to form a government coalition in the aftermath of April’s election. The Likud party is expected to win 32 seats in the parliament ― or Knesset ― one less than the Blue and White party, according to the Times of Israel.

Neither the Likud nor the Blue and White party secured enough votes Tuesday to win a 61-seat parliamentary majority, preventing both candidates from declaring an immediate victory. Gantz’s centrist bloc, which may include the Joint List of Arab parties that represent Israel’s Arab minority, faces Netanyahu’s right-wing bloc, which includes ultra-Orthodox Jewish and nationalist allies.

Avigdor Lieberman, the apparent kingmaker leading the Yisrael Beiteinu party, has said he’ll force a secular unity government between the parties. Since neither the Likud nor the Blue and White party secured a majority, Lieberman’s endorsement could determine who becomes the main party. Lieberman, who was once a Netanyahu ally, refused to join his coalition after the April election due to clashes between ultra-Orthodox and secular allies.

Netanyahu, who faces looming corruption indictments, said Wednesday at a party meeting that he opposes any government that “leans on the anti-Zionist Arab parties.”

An anonymous official in Netanyahu’s office told The Associated Press that the prime minister will not attend this year’s United Nations General Assembly in New York. The cancellation means he will not meet with Trump, who tweeted over the weekend that he was looking forward to discussing with Netanyahu a mutual defense treaty between the United States and Israel.

I had a call today with Prime Minister Netanyahu to discuss the possibility of moving forward with a Mutual Defense Treaty, between the United States and Israel, that would further anchor the tremendous alliance….

Netanyahu, who has been compared to Trump for his far-right rhetoric and scandals, touted his relationship to the U.S. president in his nationalist reelection campaign. The Times of Israel reports that the prime minister put up billboards of himself and Trump across the country to display his diplomatic ties. Netanyahu also said over the weekend that Trump endorsed him, adding that “the Jewish State has never had a greater friend in the White House.”

Thank you my dear friend President @realDonaldTrump. The Jewish State has never had a greater friend in the White House. I look forward to our meeting at the UN to advance a historic Defense Treaty between the United States and Israel.