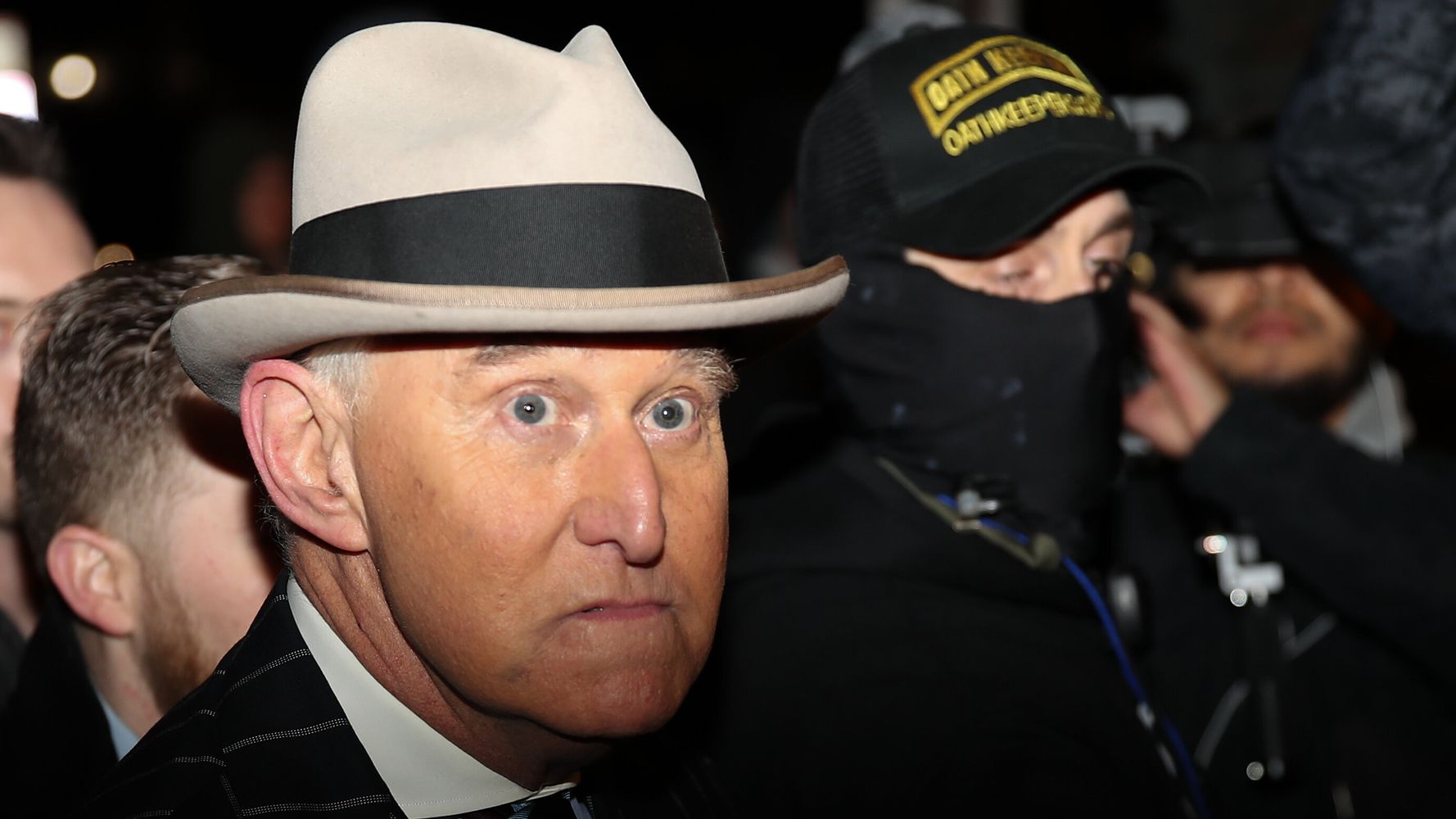 Longtime Donald Trump confidant Roger Stone was captured on a video obtained by ABC News flanked by members of the right-wing extremist Oath Keepers the morning of the storming of Capitol that cost five lives.

In the video, Stone can be seen posing for photos and chats outside the Willard InterContinental hotel blocks from the White House. The men around him are in clothing typical of the Oath Keepers militia, and some wear the group’s insignia. Stone later told ABC the men were protecting him.

At one point, someone off camera asks Stone: “So, hopefully we have this today, right?” Stone responds: “We shall see.”

Some members of the Oath Keepers were charged last month with several offenses related to the attack on the Capitol, including criminal conspiracy.

The Southern Poverty Law Center describes the Oath Keepers as one of the “largest radical antigovernment groups in the U.S. today.”

Stone told ABC News after the video was posted that he had “no advance knowledge of the riot at the Capitol.” He had said earlier that he played “no role whatsoever in the Jan. 6 events,” and that he “never left the site of my hotel” until he headed to the airport that afternoon.

As for the Oath Keepers with him outside the hotel, Stone told ABC: “I could not even tell you the names of those who volunteered to provide security for me.”

Vice News reported last month that members of the Oath Keepers appeared to have official passes hanging from their necks providing special access the day before and the day of the Capitol attack.

In a keynote speech in Freedom Plaza the night before the rally, Stone called the battle against voters’ choice for president an “epic struggle for the future of this country between dark and light, between the godly and the godless, between good and evil. … We dare not fail.” He was surrounded by Oath Keepers that night as well.

Trump granted clemency to Stone and eventually pardoned him last year after he was convicted of seven felonies, including lying in congressional testimony and witness tampering in the investigation into the Trump campaign’s possible collusion with Russia in the 2016 election.

Stone appeared to imply that the quick commutation of his sentence was his reward for keeping his mouth shut about Trump. Stone told NBC News journalist Howard Fineman: “He knows I was under enormous pressure to turn on him. It would have eased my situation considerably. But I didn’t.”