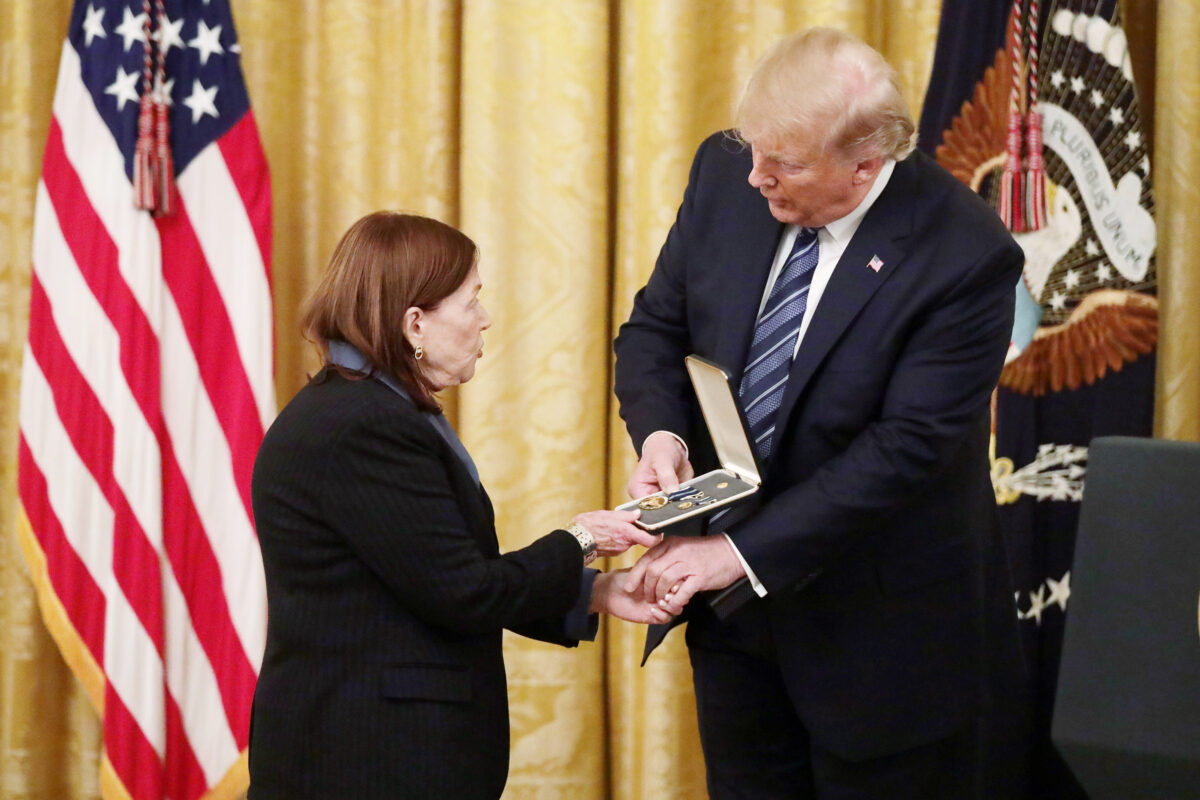 President Donald Trump this week presented the Presidential Citizens Medal posthumously to the family of Richard (Rick) Cyril Rescorla, who died while saving the lives of nearly 2,700 people at the World Trade Center during the Sept. 11, 2001, terror attacks.

Trump on Nov. 7 awarded the UK-born Vietnam veteran with the second-highest civilian award after the Presidential Medal of Freedom.

“On behalf of the entire nation, I pledge we will forever and ever memorialize this American hero,” Trump said at the conference room dedication.

When he died at the age of 62, Rescorla was working as the director of security for the financial firm, Morgan Stanley, which at the time was located in the World Trade Center’s South Tower.

Rescorla led a life of protecting others, having worked as a policeman in Rhodesia (now Zimbabwe) before coming to the United States at the age of 24, Fox News reported. His career took him around the globe, and he enlisted in the Army and fought in Vietnam, where he often sang Cornish and Welsh hymns during difficult times. Rescorla left active duty in 1967, and eventually retired from the Army in 1990.

The former Army Colonel is credited with saving the lives of thousands on 9/11 by defying official orders directing Morgan Stanley employees to remain at their desks. When the first plane hit the towers, he directed workers to evacuate the South Tower down flights of stairs. He remained in the stairwells to direct workers, while singing hymns.

In his final moments, he called his close friend, Dan Hill, who he had known since he worked in Rhodesia, asking him to come to New York to help out in the wake of the disastrous attack. He then continued singing a hymn, Hill told the New Yorker magazine in 2002.

“Come this way, let’s keep it moving,” Rescorla told employees on a megaphone. “You’re all going to be fine, everything is going to be all right.”

Rescorla saved the lives of nearly 2,700 people, and tried to save more. He was last seen climbing South Tower’s 10th-floor stairwell, and said he wouldn’t leave himself until he had brought everyone in the building to safety, Lt. Col. Andrew Watson told the conference.

“Everybody said, ‘Rick your folks are out. You’ve done what you need to do,’ but he pointed up the stairwell and said, ‘You hear those screams? There’s more people up there. I have to help get them out,’” Watson recalled.

“That night those 2,700 people went home to their loved ones. In the 18 years since, they have raised families, sent their children to college, walked their sons and daughters down the aisle, held their grandchildren, thanks in great measure to one extraordinary American,” Trump said.

Rescorla’s Presidential Citizens Medal was accepted by his wife, Susan. When he passed away, they had been married less than three years. In their final phone call, Rescorla told his wife from the South Tower: “I’ve never felt better in my life. I love you so.”

Rescorla also evacuated workers from the World Trade Center when it was bombed in 1993.

“Thank God we were blessed with a deeply meaningful time together,” Susan said of Rescorla on Thursday.

The Presidential Citizens Medal was established by executive order on Nov. 13, 1969, by Richard Nixon, and is given to U.S citizens recognized for performing exemplary deeds or services for their country or their fellow citizens.