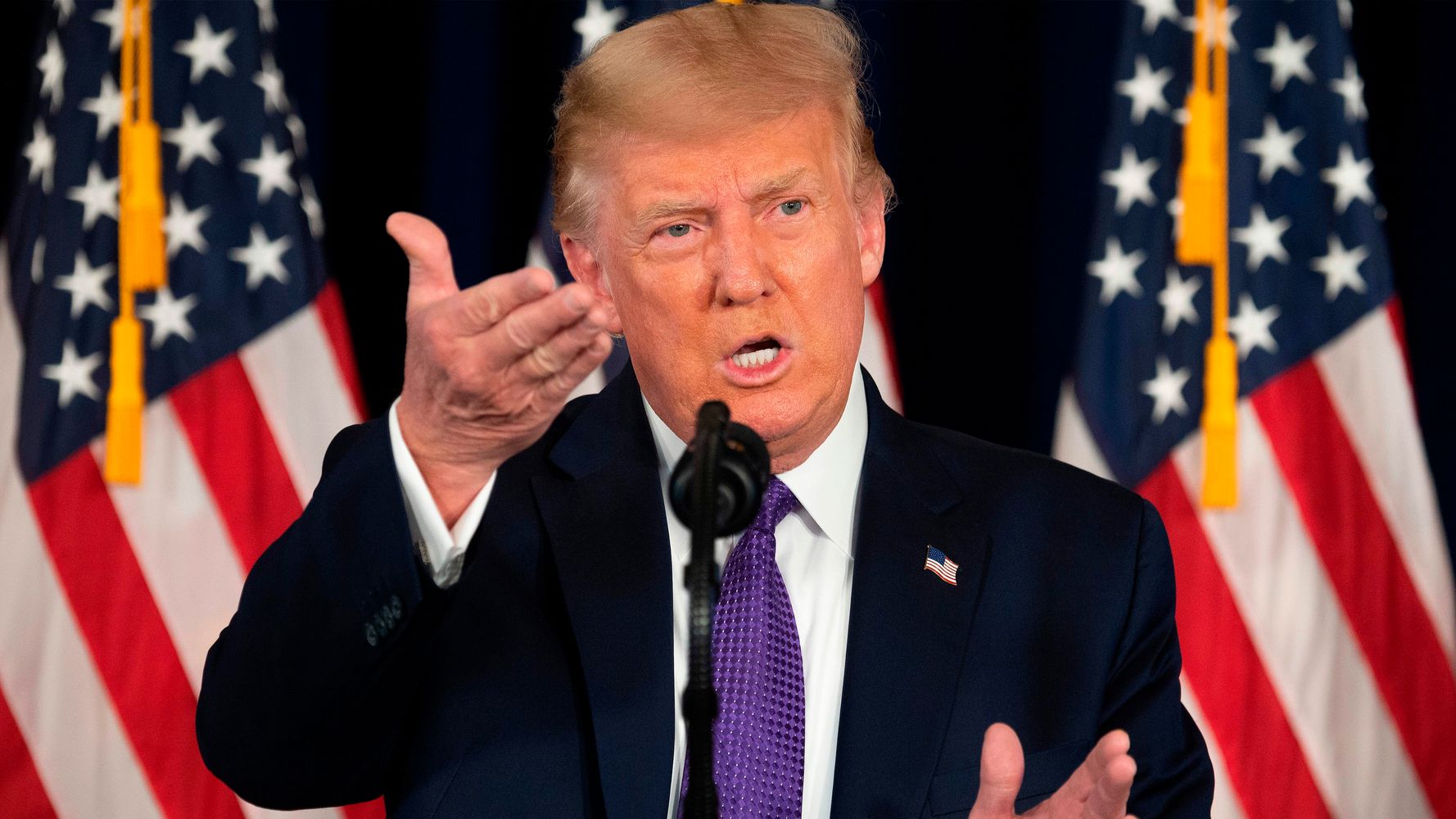 Pressed by a reporter to answer a question on the topic, Trump said only that it was “not something that bothers me.”

“I have nothing to do with that,” he said on whether Harris — a natural-born U.S. citizen with immigrant parents from Jamaica and India — should be allowed to run for vice president.

“I read something about it, and I will say that he is a brilliant lawyer,” Trump added, referring to law professor John Eastman, who wrote a controversial Newsweek op-ed that questioned whether Harris was entitled to birthright citizenship. (She was.)

REPORTER: Will you say Kamala Harris is eligible to run and be vice president based on the fact she was born in Oakland?

TRUMP: “So, I have nothing to do with that. I read something about it … it’s not something that bothers me.” pic.twitter.com/Oq3CCluSvn

Presumptive Democratic presidential nominee Joe Biden named Harris as his running mate on Tuesday, and she is the first Black and first Asian American vice-presidential contender on a major party ticket.

Her citizenship and eligibility for the role are not in question. But Trump’s campaign has magnified the racist rhetoric in Eastman’s op-ed ― and Trump himself has questioned whether Harris meets the “requirements” to be vice president.

President Trump on claims that :Kamala Harris isn’t eligible to run for Vice President because she’s an anchor baby: “I heard it today that she doesn’t meet the requirements…I have no idea if that’s right. I would have assumed the Democrats would have checked that out.” pic.twitter.com/H887X43GJK

Trump’s refusal this week to condemn the birther lies about Harris has echoes of the fringe conspiracy theories he once pushed about Barack Obama.

Trump, whose own mother was an immigrant from Scotland, has repeatedly questioned whether Obama ― America’s first Black president ― was truly a U.S. citizen. Obama was born in Hawaii to a white American mother and a Black Kenyan father. As with Harris, Obama’s citizenship and eligibility for the presidency have never been in doubt.

An ‘extremely credible source’ has called my office and told me that @BarackObama’s birth certificate is a fraud.

“Donald Trump was the national leader of the grotesque, racist birther movement with respect to President Obama and has sought to fuel racism and tear our nation apart on every single day of his presidency,” Biden campaign spokesman Andrew Bates told NBC News Thursday.

Bates added: “So it’s unsurprising, but no less abhorrent, that as Trump makes a fool of himself straining to distract the American people from the horrific toll of his failed coronavirus response that his campaign and their allies would resort to wretched, demonstrably false lies in their pathetic desperation.”