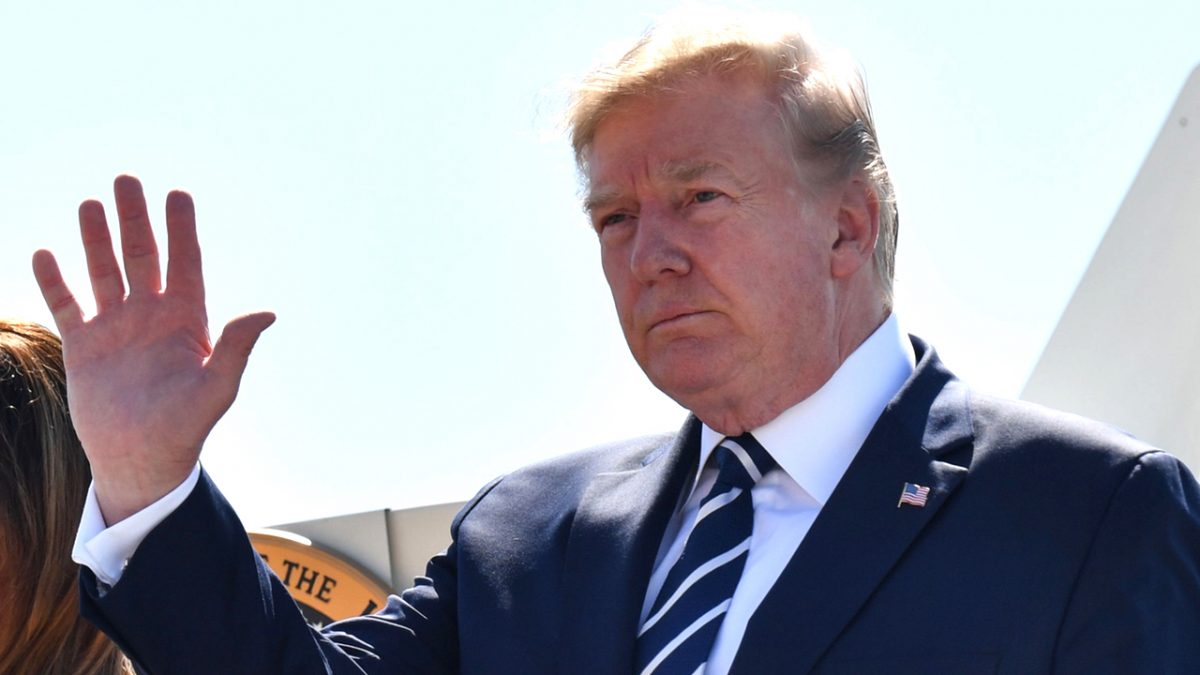 President Donald Trump regrets not raising tariffs on China higher in response to Beijing’s latest trade war escalation, according to the White House.

The White House issued a statement on the issue early on Aug. 25 in response to news reports that misinterpreted Trump’s affirmative response to a question on whether he was having second thoughts about escalating the trade war with China.

“His answer has been greatly misinterpreted. President Trump responded in the affirmative—because he regrets not raising the tariffs higher,” White House press secretary Stephanie Grisham said in a statement.

During a question-and-answer session with reporters at the G-7 summit in France, Trump was asked whether he was having second thoughts about escalating the trade war. Trump said, “Yeah, sure. Why not?” He added, “Might as well, might as well,” when asked the same question.

“I have second thoughts about everything,” Trump said.

News outlets including The New York Times and The Associated Press interpreted Trump’s comments as a softening on his stance on China. Neither outlet altered its headline after receiving clarification from the White House, interpreting the statement as a reversal.

The G-7 summit comes days after Trump raised tariffs on China, in response to Beijing’s announcement on Aug. 23 that it would impose new tariffs on $75 billion in U.S. goods. The president also threatened to declare a national emergency to force U.S. businesses to cut ties with China.

Trump said he had “no plans right now” to follow through on his emergency declaration threat, but said he would be within his rights to use a 1977 law designed to target rogue regimes, terrorists, and drug traffickers as the newest weapon in the clash between the world’s two largest economies.

“If I want, I could declare a national emergency,” Trump said. He cited China’s theft of intellectual property and the large U.S. trade deficit with China, saying, “In many ways, that’s an emergency.” The president has previously criticized China for sending large amounts of the deadly opioid fentanyl into the United States via the U.S. postal system and over the southern border via Mexico.

Trump then entered the first official summit meeting, initially set as a discussion of foreign policy and security issues. White House aides said he engineered a late change to the summit schedule, adding economic issues to the agenda.

White House officials said Trump planned to press leaders to do more to spur economic growth, as well as to open European, Japanese, and Canadian markets to U.S. manufacturers and producers. Trump has imposed or threatened to impose tariffs on all three markets in his pursuit of free, fair, and reciprocal trade.

The meeting of the Group of Seven nations—the UK, Canada, France, Germany, Italy, Japan, and the United States—in the beach resort town of Biarritz, France, comes as Trump’s trade war with China peaked in intensity, in terms of both the amount of tariffs each side has imposed and the president’s rhetoric on the matter.

“We’re having a little spat with China, and we’ll win it,” Trump said before departing Washington to France on Aug. 23.

“Actually, we’re getting along very well with China right now. We’re talking. I think they want to make a deal much more than I do. We’re getting a lot of money in tariffs. It’s coming in by the billions. We never got 10 cents from China. So we’ll see what happens. But we are talking to China very seriously.”

The Associated Press contributed to this article.