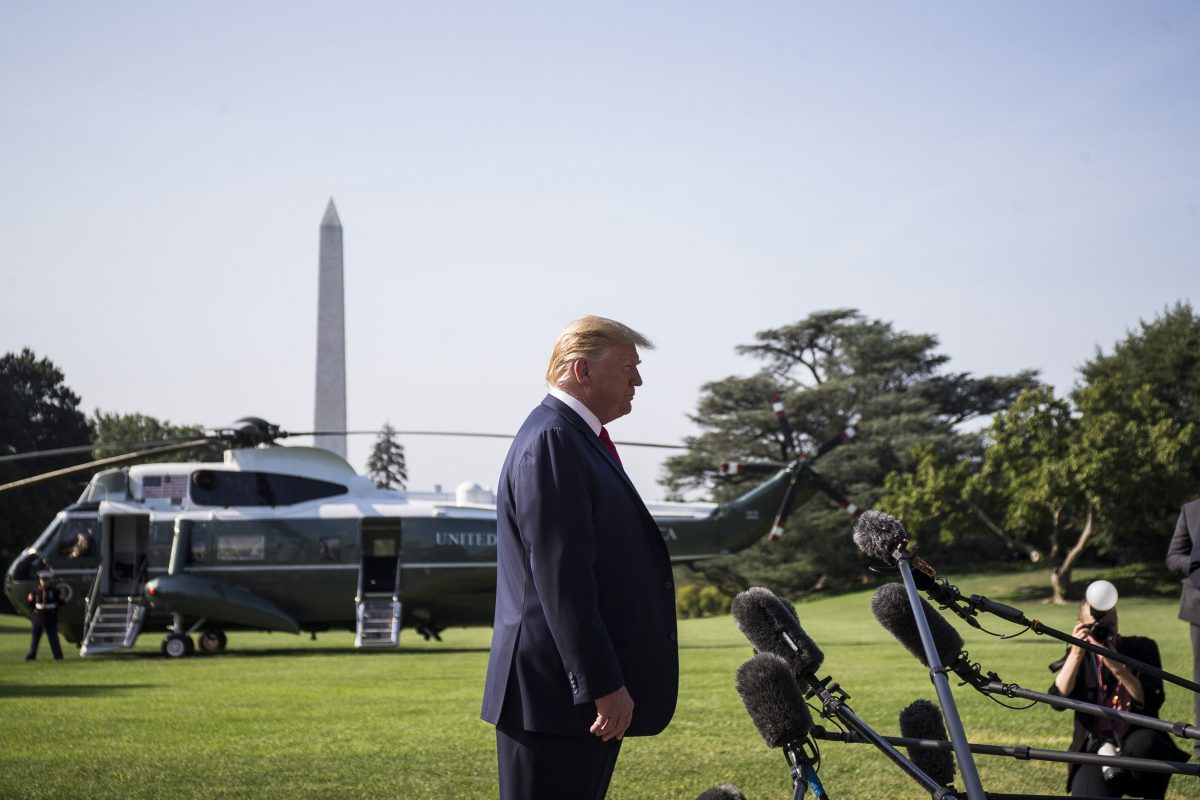 President Donald Trump on Aug. 8 renewed his demand for the Federal Reserve to lower interest rates to help U.S. companies compete on the global market.

“As your President, one would think that I would be thrilled with our very strong dollar. I am not! The Fed’s high interest rate level, in comparison to other countries, is keeping the dollar high, making it more difficult for our great manufacturers like Caterpillar, Boeing, John Deere, our car companies, & others, to compete on a level playing field,” Trump wrote on Twitter.

“With substantial Fed Cuts (there is no inflation) and no quantitative tightening, the dollar will make it possible for our companies to win against any competition. We have the greatest companies in the world, there is nobody even close, but unfortunately the same cannot be said about our Federal Reserve.

“They have called it wrong at every step of the way, and we are still winning. Can you imagine what would happen if they actually called it right?”

As your President, one would think that I would be thrilled with our very strong dollar. I am not! The Fed’s high interest rate level, in comparison to other countries, is keeping the dollar high, making it more difficult for our great manufacturers like Caterpillar, Boeing,…..

In late July, the Federal Reserve cut interest rates for the first time since 2008. Prior to the announcement, the president repeatedly criticized the central bank for raising interest rates and draining liquidity from the market. Trump has said the Fed is the biggest problem for the U.S. economy, and is a bigger problem than China.

Despite Trump’s criticism, the Fed continued to raise rates from July to December last year, culminating in an interest rate increase that triggered a stock market nosedive. The Fed held rates steady since then, and cut its target interest rate by 25 basis points to a range of 2 percent to 2.25 percent on July 31 this year.

The Federal Reserve is the sole institution with the power to create U.S. money. Congress tasked the Fed with maintaining a low inflation rate, keeping prices steady, and preventing financial booms and busts.

The president appoints members to the bank’s executive board, but each is expected to act independently of the White House. Four of the board’s seven seats are currently occupied by Trump’s appointees, while another is held by Lael Brainard, who was appointed by President Barack Obama. Two seats remain vacant.

After two of his prior picks for the board’s vacant seats—economist Stephen Moore and former presidential candidate Herman Cain—withdrew from consideration, Trump named Christopher Waller and Judy Shelton on July 3.

Trump, Cain, Moore, and Shelton all believe that the United States would be better off if its monetary system were returned to the gold standard, a system in which every dollar is backed by gold held by the government. Prior to his election, Trump praised the gold standard but said a return to that would be difficult.

The board is scheduled to meet on Sept. 17 and 18, although a rate-change decision could be made before then as part of an emergency session.