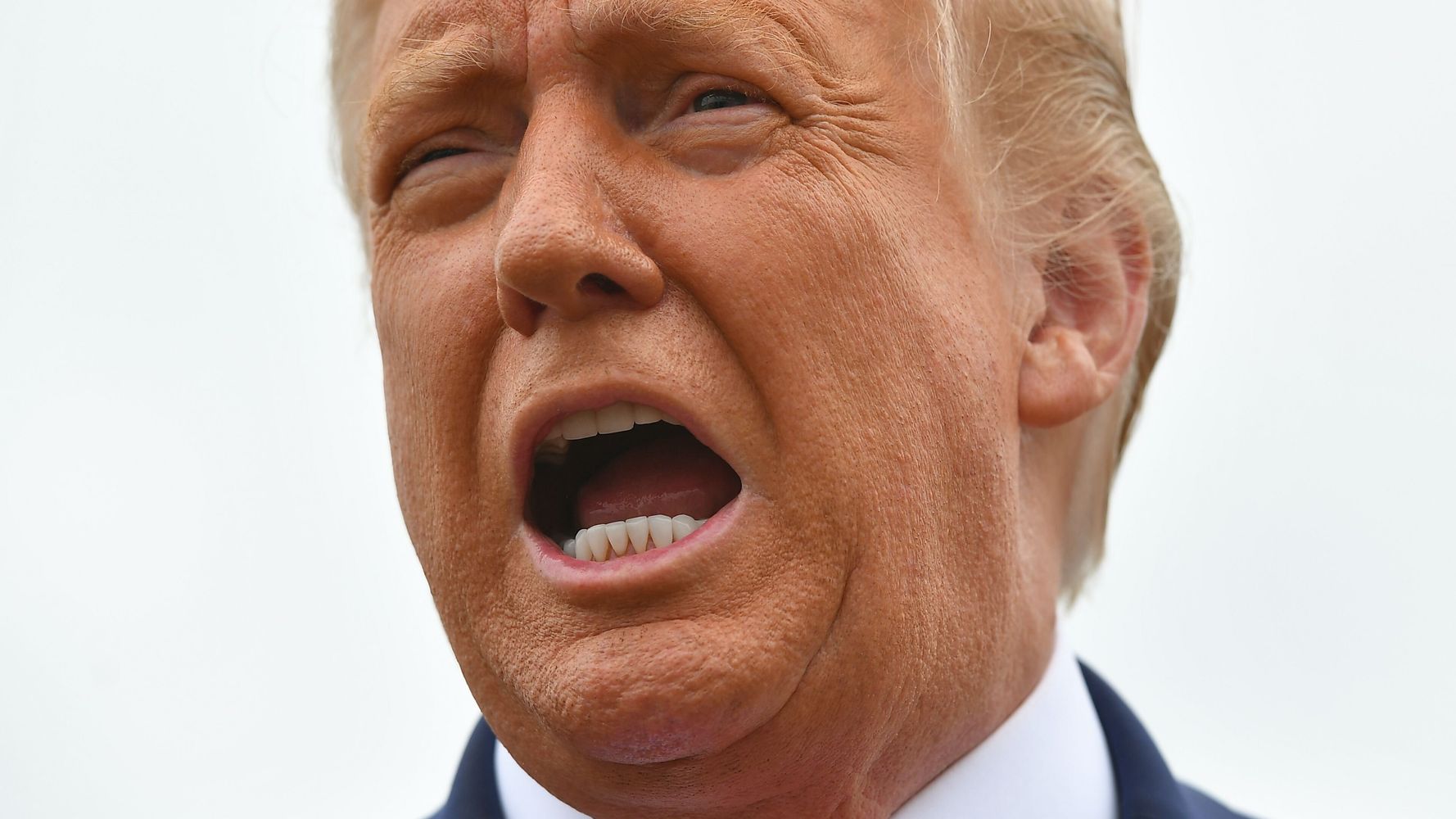 On Tuesday, Donald Trump repeated a wild conspiracy theory designed to instill fear of the racial justice movement gaining traction across the country. His latest comments mark the second time in 24 hours that the president of the United States has appeared on camera spreading unproven claims about a plane allegedly full of left-wing extremists who he said were traveling to wreak havoc.

During an interview aired on Fox News Monday night, Trump told host Laura Ingraham that he knew of a super-scary, extra-secret plot uncovered by “somebody” who saw a plane full of “thugs” traveling from some unknown city to disrupt the Republican National Convention ― which was largely a remote event.

“We had somebody get on a plane from a certain city this weekend. And in the plane, it was almost completely loaded with thugs, wearing these dark uniforms, black uniforms, with gear and this and that,” he said.

Trump doubled down on the antifa airlines theory on Tuesday, shortly before boarding Air Force One to head to Kenosha, Wisconsin, where far-right forces have clashed with anti-racist protesters. Speaking to reporters, the president said “a person” (whose identity he did not disclose) recently got on a flight ― in this telling of the story, “to wherever,” not the RNC ― and that flight soon filled up with “the looters, the anarchists, the rioters.”

Yup, and he just doubled-down. Here’s the clip: pic.twitter.com/pcLwuM2Acb

Trump’s latest fearmongering over non-existent mobs of radical leftists follows a week in which pro-Trump groups have incited sometimes deadly violence to no presidential disapproval. On Monday, for example, he defended a group of his supporters who fired paintball guns and peppery spray at anti-racist protesters in Portland, Oregon.

He also claimed a 17-year old shooter acted in self-defense when he killed two people demonstrating against the police shooting of Jacob Blake, a 29-year-old Black man, in Kenosha. The shooter, now charged with homicide, was previously seen in the front row of a Trump rally.