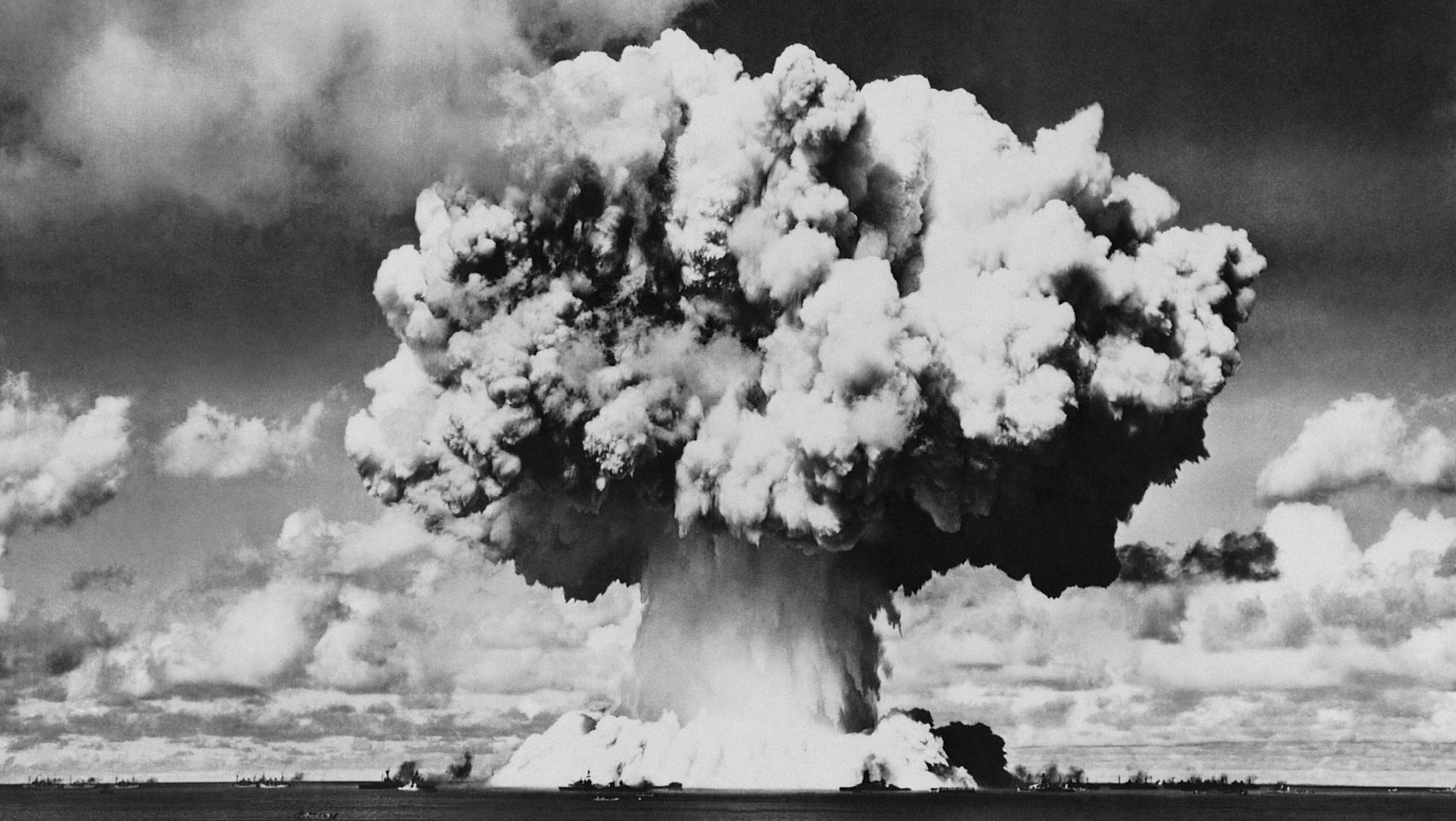 During one hurricane briefing at the White House, Trump responded: “I got it. Why don’t we nuke them?” according to an unnamed source who was present, Axios reported. “We drop a bomb inside the eye of the hurricane and it disrupts it. Why can’t we do that?”

According to the source, people at the meeting wondered: “What the fuck?” But Trump was told by the person who briefed him about the hurricane that they would “look into it.” One “senior administration official” didn’t think the idea was so bad.

When the White House was asked to respond to the story, another senior administration official told Axios: “We do not comment on private discussions that the president may or may not have had with his national security team.”

Not only would a nuke not necessarily alter the path of a hurricane, the “released radioactive fallout” would cause “devastating environmental problems,” the National Oceanic and Atmospheric Administration warned. “Needless to say, this is not a good idea,” the NOAA, which maintains a web page to explain how spectacularly bad a strategy it is, noted.

After the Axios story appeared, senior Brookings Institution fellow Tom Wright referred to the NOAA page, which he noted was established to respond to “cranks.”

A novel take on climate change as a national security issue https://t.co/1FSPLAoRJ6

Many on Twitter — almost — took the news about the president’s alleged twisted proposal in stride.

I mean, have we ever TRIED nuking a hurricane?? Well, have we? – Is something you can probably expect to hear on Fox & Friends in roughly 8-9 hrs

This is a fantastic idea. If your goal is a radioactive hurricane.

What could possibly go wrong? pic.twitter.com/f3faifd2Q4

Maybe all that anti-science rhetoric was a bad idea.

We’ve had a good run