Trump Responds to Tehran’s Threats: ‘We Have Targeted 52 Iranian Sites’ 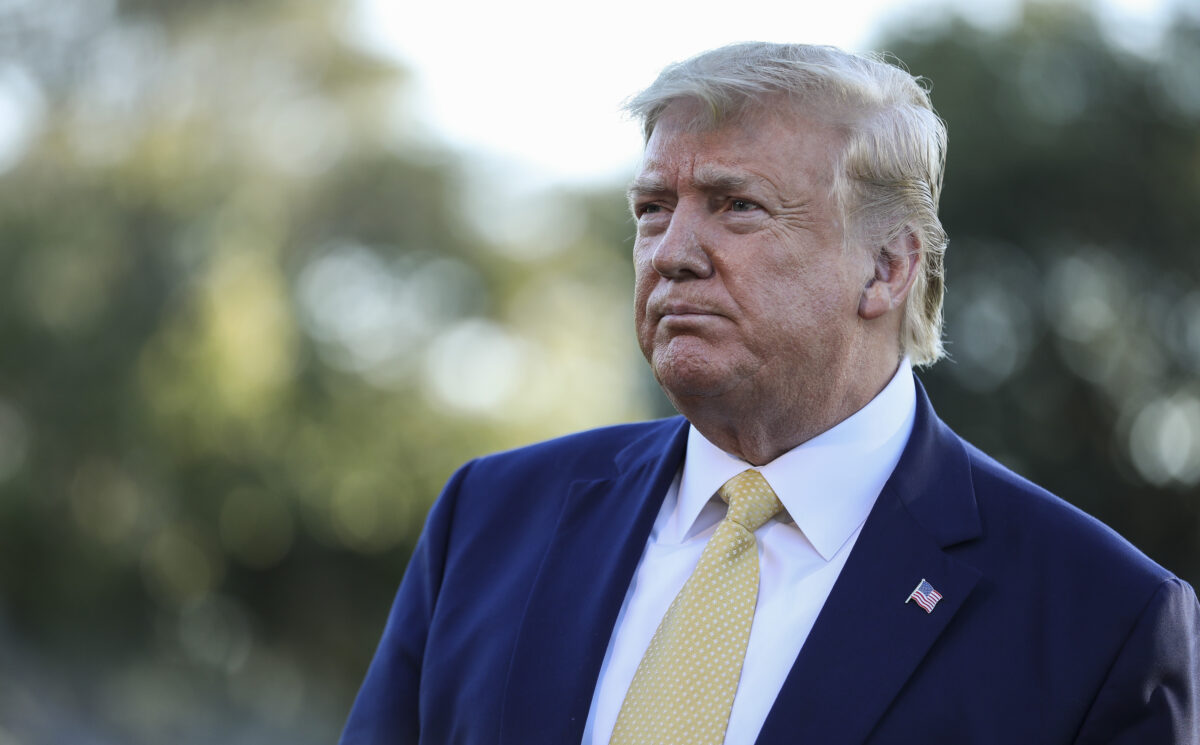 President Donald Trump has taken to Twitter saying that the United States has “targeted 52 Iranian sites” after threats from the Iranian regime.

Trump warned Iran not to attack “any Americans or American assets” on Saturday night.

“Iran is talking very boldly about targeting certain USA assets as revenge for our ridding the world of their terrorist leader who had just killed an American, & badly wounded many others, not to mention all of the people he had killed over his lifetime, including recently hundreds of Iranian protesters,” Trump wrote.

“Let this serve as a WARNING that if Iran strikes any Americans, or American assets, we have targeted 52 Iranian sites (representing the 52 American hostages taken by Iran many years ago), some at a very high level & important to Iran & the Iranian culture, and those targets, and Iran itself, WILL BE HIT VERY FAST AND VERY HARD.

“The USA wants no more threats!” he declared.

….targeted 52 Iranian sites (representing the 52 American hostages taken by Iran many years ago), some at a very high level & important to Iran & the Iranian culture, and those targets, and Iran itself, WILL BE HIT VERY FAST AND VERY HARD. The USA wants no more threats!

Trump also blasted Soleimani for his involvement in the deaths of hundreds of Iranian protests back home, and for orchestrating attacks on the U.S. Embassy and as well as additional hits in other locations

In his threats on behalf of the regime in Tehran, Abuhamzeh had said that “vital American targets” were “identified by Iran since long time ago.”

“Some 35 U.S. targets in the region, as well as Tel Aviv, are within our reach,” he was quoted by Tasnim news agency as saying.

He had also raised the prospect of possible attacks on American destroyers and warships in the Strait of Hormuz.

In further veiled threats, the Kata’ib Hezbollah (also Kataib Hizbollah) Iranian-backed militia, which the United States has designated a terrorist group, warned Iraqi security forces on Saturday to stay away from U.S. bases in Iraq, according to al-Mayadeen television.

However, experts and people familiar with the situation told The Epoch Times that Iran Supreme Leader Ali Khamenei is unlikely to order attacks on U.S. assets while they’re mourning Soleimani.

“Khamenei is unlikely to go to war during the coming days, as he’s scheduled to pray over Soleimani on Monday at Tehran University,” said Sam Bazzi, Middle East expert and founder of Hezbollah Watch.

Soleimani was killed near Baghdad International Airport overnight on Jan. 3 during an airstrike ordered by Trump.

The hit came following months of attacks by the Iranian-backed militias on American forces in Iraq starting October 2019, including the storming of the U.S. Embassy in Baghdad by Iranian-backed militiamen and their supporters on Dec. 31, and the death of a U.S. military contractor on Dec. 27.

Several U.S. and Iraqi soldiers were also wounded in the rocket attack the United States has attributed to Kata’ib Hezbollah. Trump had also ordered the bombing of five Kata’ib Hezbollah-linked facilities on Dec. 29 in response to the loss of American life.

According to State Department officials, Soleimani’s assassination had been in response to the years of deadly attacks that he had personally orchestrating in the region. They stressed that another major attack in Iraq had been imminent but is now not likely to happen.

“We cannot promise that we have broken the circle of violence,” a senior State Department official told reporters on Jan. 3. “What I can say from my experience with Qassem Soleimani is, it is less likely that we will see this now than it was before, and if we do see an increase in violence, it probably will not be as devilishly ingenious.”

Trump told reporters in Florida that afternoon that the strike was carried out “to stop a war,” The Epoch Times reported.