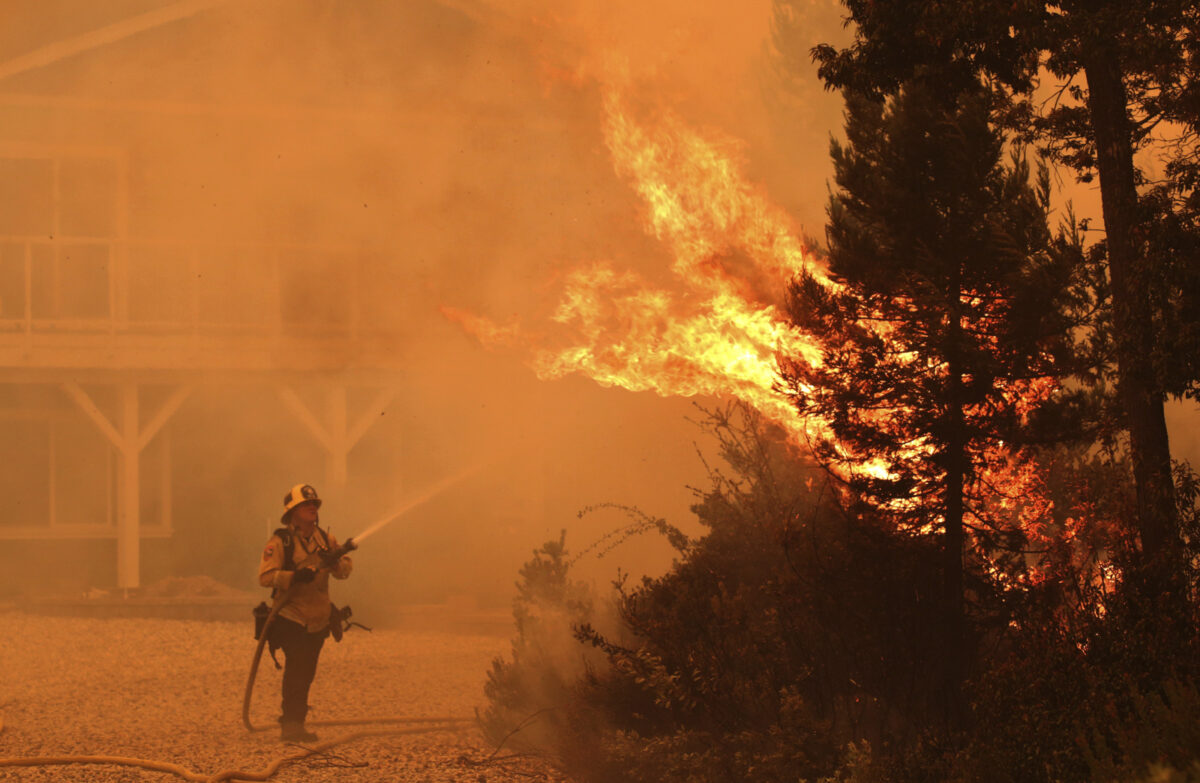 As over 370 active wildfires raged across California and authorities reported at least six fatalities, President Donald Trump criticized Californian officials for failing to take action to reduce fuel loads across the state.

“I see again the forest fires are starting, it’s starting again in California,” Trump said at a press conference in Scranton, Pennsylvania, on Thursday. “I said you’ve got to clean your floors, you’ve got to clean your forests. They have many, many years of leaves and broken trees and they’re … so flammable: you touch them and it goes up. I’ve been telling them this now for three years, but they don’t want to listen.”

Trump said that his administration had encouraged Californian authorities to remove fuel materials from forest floors and brush land in the form of leaves, debris, and fallen trees. “Maybe we’re just going to have to make them pay for it, because they don’t listen to us,” he said.

One death was reported by the Associated Press on Thursday in Solano County between San Francisco and Sacramento, while three people are reported to have died north of that area in Napa County. A helicopter pilot on a water-dropping mission also died in central California on Wednesday when his helicopter crashed. A utility worker was also found dead in his vehicle near Vacaville. At least 33 other civilians and firefighters have been injured, while two people remain missing.

Intense fires in the area around San Francisco have consumed over 750 square miles of forest and brush land over the last week. While 175 structures have been destroyed to date, the fires are threatening some 50,000 more, according to Daniel Berlant, an official at the Californian Department of Forestry and Fire Protection.

Many of the fires were started by lightning, with more than 11,000 dry lightning strikes recorded across the state over 72 hours this week. A high pressure system along the West Coast has ensured temperatures of over 100 degrees on successive days, with moist air contributing to the thundery conditions.

In addition, winds gusting to 20 mph have hampered containment measures, officials say, as over ten thousand front-line firefighters work shifts of up to 72 hours to contain the blazes. California has requested hundreds of fire engines and crews from other states to assist in the efforts.

In his speech on Thursday, Trump said that he had been mocked by Californian officials for his suggestion that they should focus on removing fuel loads as a means of wildfire prevention. He said that the combination of forest debris, fallen trees, and “years, decades of leaves, dry leaves” was why the fires were starting. Trump said that around one year after a tree falls in California, it becomes extremely dry.

However, California Governor Gavin Newsom addressed the wildfires from a different angle in a video he recorded for the Democratic National Convention on Thursday. “Climate change is real: If you are in denial about climate change, come to California,” he said.

Climate change is real – and it’s not going away. We need a president who will take bold action to address it.#DemConvention pic.twitter.com/F3myrxnYFh