Trump Says He ‘Appreciates’ That QAnon Supporters ‘Like Me Very Much’ 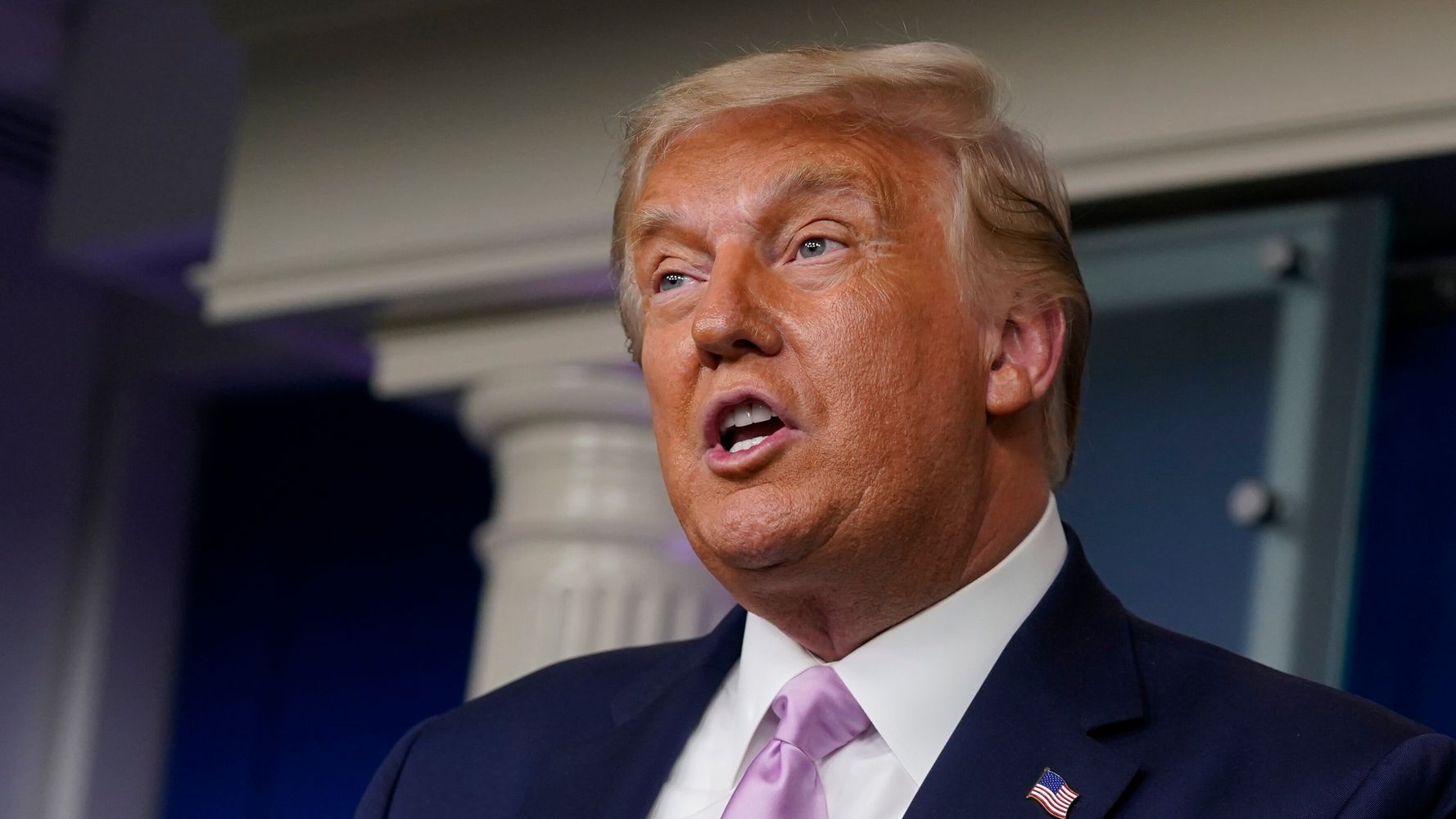 President Donald Trump said Wednesday that he “appreciates” that supporters of QAnon, the far-right conspiracy movement, “like me very much.”

“I don’t know much about the movement, other than I understand they like me very much, which I appreciate,” he told a reporter in response to a question about QAnon. “I have heard that it is gaining in popularity … I’ve heard these are people that love our country.”

Trump is asked to shed light on his thoughts about about the lunatic QAnon conspiracy theory. Instead of denouncing it, he says, “I understand they like me very much, which I appreciate.”

“I’ve heard these are people who love our country,” he adds, coming close to an endorsement pic.twitter.com/gcvHvuqzIa

Supporters of QAnon, which has been identified by the FBI as a potential domestic terrorism threat, believe that an individual dubbed “Q” has been leaving “breadcrumbs” of information online about Trump and others.

Among the baseless conspiracy theories touted by QAnon followers — some of whom have been implicated in multiple crimes in recent years, including armed standoffs, kidnappings and murder — include the claim that Trump has been working to dismantle a “deep state” cabal of liberal and Hollywood elites who traffic children and worship Satan.

When asked directly by a reporter about this claim — that Trump is “secretly saving the world” from a “Satanic cult of pedophiles and cannibals,” the president wondered aloud as to whether that was a “bad thing or a good thing.”

“I haven’t heard that, but is that supposed to be a bad thing or a good thing?” he said. “If I can help save the world from problems, I’m willing to do it.”

“Trump is flirting with the dangerous and unhinged QAnon conspiracy theory,” DNC War Room said in a post.

Trump is flirting with the dangerous and unhinged QAnon conspiracy theory.

After being told what it is, Trump says “Is that supposed to be a bad thing?”

This false conspiracy theory has resulted in kidnappings and bomb threats, but Trump’s glad he has their support. pic.twitter.com/22CuEcziU1