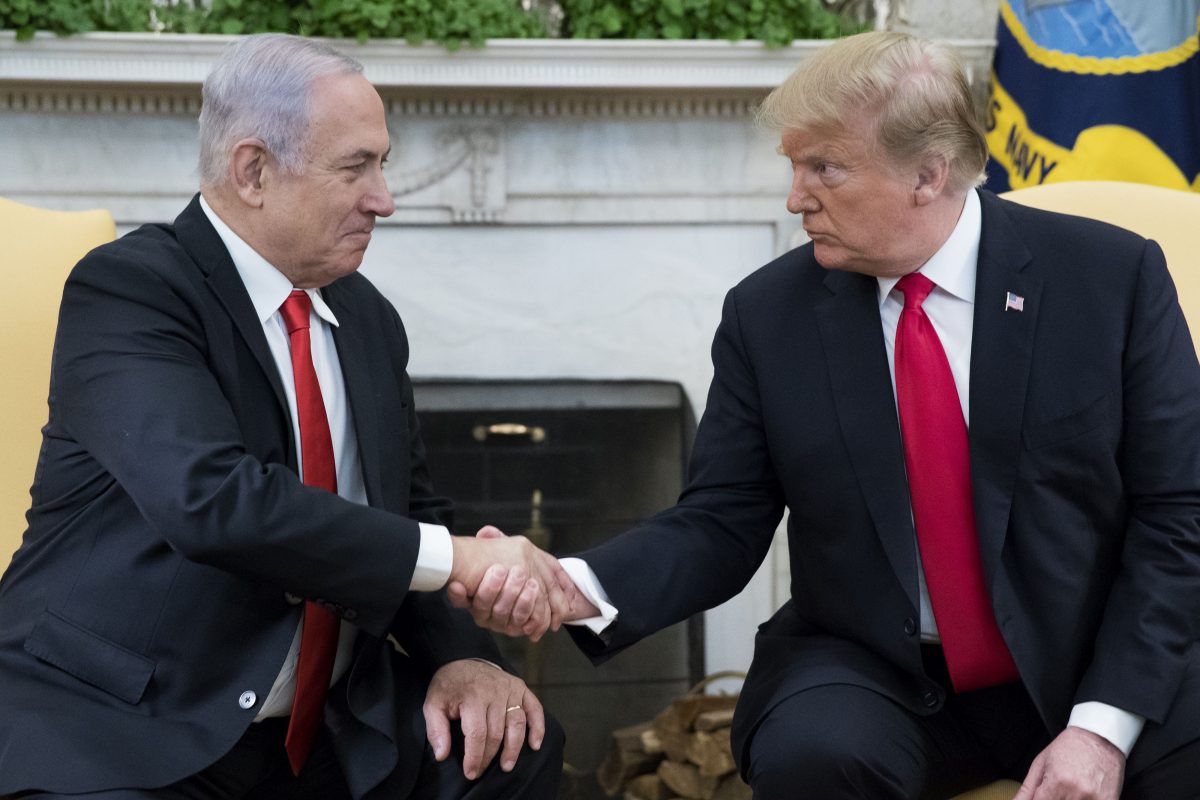 President Donald Trump said on Sept. 14 he had spoken to Israeli Prime Minister Benjamin Netanyahu about a possible “mutual defense treaty” between the United States and Israel.

“I had a call today with Prime Minister Netanyahu to discuss the possibility of moving forward with a Mutual Defense Treaty, between the United States and Israel, that would further anchor the tremendous alliance between our two countries,” Trump wrote.

“I look forward to continuing those discussions after the Israeli Elections when we meet at the United Nations later this month!” he added.

….between our two countries. I look forward to continuing those discussions after the Israeli Elections when we meet at the United Nations later this month!

Trump’s call with Netanyahu comes days before Israel’s election, which scheduled to be held on Sept. 17. The timing of Trump’s post is viewed as a move to boost Netanyahu’s bid to remain in office.

The Sept. 17 election will be the second time this year that Israelis will go to the polls after Netanyahu failed to form a coalition government in May. According to the Times of Israel, a final poll shows that Netanyahu’s party right-wing Likud and his centrist opponent’s party Blue and White, led by former armed forces chief Benny Gantz, are in a close race.

Netanyahu responded to Trump’s post by thanking his “dear friend,” adding that he looks forward to meeting Trump at the United Nations to discuss the treaty. The Israeli prime minister also took the opportunity to congratulate Trump on the news about Osama Bin Laden’s son.

“Thank you my dear friend President @realDonaldTrump. The Jewish State has never had a greater friend in the White House. I look forward to our meeting at the UN to advance a historic Defense Treaty between the United States and Israel,” Netanyahu wrote.

“Together, we will continue full steam ahead with our common battle against terrorism. Congratulations on your latest success against Bin Laden’s son. God bless America. God bless Israel,” he added.

Together, we will continue full steam ahead with our common battle against terrorism.
Congratulations on your latest success against Bin Laden’s son. God bless America. God bless Israel.

White House confirmed that the son of infamous terrorist Osama bin Laden, Hamza bin Laden, had been killed during a counterterrorism operation in the Afghanistan/Pakistan region.

“Hamza bin Laden, the high-ranking al-Qaeda member and son of Osama bin Laden, was killed in a United States counterterrorism operation in the Afghanistan/Pakistan region,” Trump said in a statement earlier today.

“The loss of Hamza bin Laden not only deprives al-Qaeda of important leadership skills and the symbolic connection to his father, but undermines important operational activities of the group. Hamza bin Laden was responsible for planning and dealing with various terrorist groups,” he added.

Trump did not provide any details regarding the possible defense pact but a treaty of this sort could obligate the United States to come to Israel’s defense if it is attacked.

Israeli Foreign Minister Israel Katz said on Sept. 12 that a pact should apply to “defined issues–nuclear threats and the matter of long-range missiles aimed by Iran at Israel.”

“We have means of offense and defense, but this would spare us the need to earmark enormous resources on a permanent basis and for the long-term in the face of such threats,” Katz told Israel’s Ynet TV.

Meanwhile, Netanyahu’s opponent Gantz slammed the idea of the treaty, calling it a “serious mistake.”