Trump Says He Has Spoken to Congressional Leaders About ‘Common-Sense, Sensible’ Background Checks 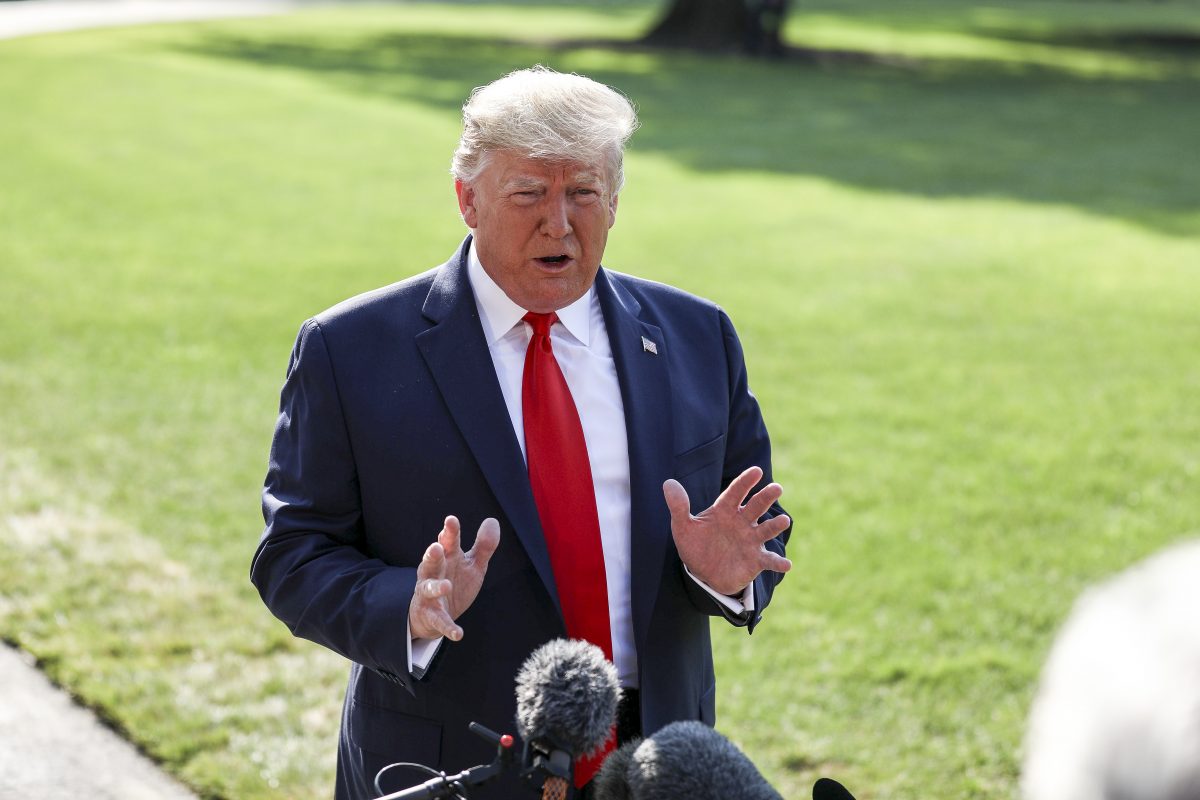 President Donald Trump said on Friday, Aug. 9 at the White House that he has spoken to Senate and House leaders about “meaningful” background checks, adding that he is confident Congress will work together to bring change.

Speaking to reporters before departing for a fundraiser in the Hamptons, Trump gave more insights into his discussions with congressional leaders about strengthening gun laws. He pointed to the discussions in an earlier tweet on Friday.

The president said he spoke with Senate Majority Leader Mitch McConnell (R-Ky.) on Thursday, who expressed that he was “totally on board” with plans to implement “intelligent background checks.” He added that he spoke to several “hard-lined senators” who are supportive of the Second Amendment, saying that were understanding about the need to strengthen gun laws.

Trump has repeatedly said throughout the week that he believes guns should be kept away from mentally unstable people.

Meanwhile, the president said that he had a “great call” with House leaders, Reps. Nancy Pelosi (D-Calif.) and Chuck Schumer (D-N.Y.) on Thursday.

“I think that the Republicans are going to be great and lead the charge along with the Democrats,” Trump said.

Trump has been reviving discussion on stronger background checks following two mass shootings over the weekend that left over 30 people dead in Dayton, Ohio, and El Paso, Texas.

The president took to Twitter on early Friday, Aug. 9 to give an update on the “serious discussions” that are taking place in Congress on “meaningful” background checks.

He wrote, “Serious discussions are taking place between House and Senate leadership on meaningful Background Checks. I have also been speaking to the NRA, and others, so that their very strong views can be fully represented and respected.”

….mentally ill or deranged people. I am the biggest Second Amendment person there is, but we all must work together for the good and safety of our Country. Common sense things can be done that are good for everyone!

“Guns should not be placed in the hands of mentally ill or deranged people. I am the biggest Second Amendment person there is, but we all must work together for the good and safety of our Country. Common sense things can be done that are good for everyone!” he added.

Trump reiterated the importance of background checks while talking to reporters at the White House, adding that he has the support from the National Rifle Association (NRA).

“I have a great relationship with the NRA,” Trump said. “They supported me very early and that’s been a great decision they made.”

The NRA issued a statement on Thursday condemning Democratic presidential candidates for politicizing the recent mass shootings and dismissing any background check proposals.

“The vast majority of gun sales, including internet and gun show sales, are already subject to background checks. In fact, none of the current background-check proposals would have prevented these tragedies,” it said.

Trump also said that lawmakers are looking into “red flag” laws that would remove guns from people who are deemed a danger to themselves and others.

“I see a better feeling right now toward getting something meaningful done,” Trump said.

“I have a greater influence now over the Senate and the House,” he added.

McConnell said on Thursday that the legislative body are considering laws that would expand background checks and so-called “red flag” proposals after the August recess.

“Those are two items that for sure will be front and center as we see what we can come together on and pass,” McConnell told WHAS, referring to a bill proposed by Sens. Joe Manchin (D-W. Va.) and Pat Toomey (R-Pa.) and referencing one on red flags being put together by Sens. Richard Blumenthal (D-Conn.) and Lindsey Graham (R-S.C.).

“The urgency on this is not lost on any of us because we’ve seen entirely too many of these outrageous acts by these mentally deranged people,” he added. “What we can’t do, is fail to pass something. By just locking up, and failing to pass, that’s unacceptable.”

Meanwhile, Pelosi said in a letter to Trump on Thursday that she supports expanded background checks, making them mandatory for guns sold at gun shows, online, and through person-to-person sales.

“Commonsense background checks are supported by more than 90 percent of the American people and are proven to save lives,” she wrote.