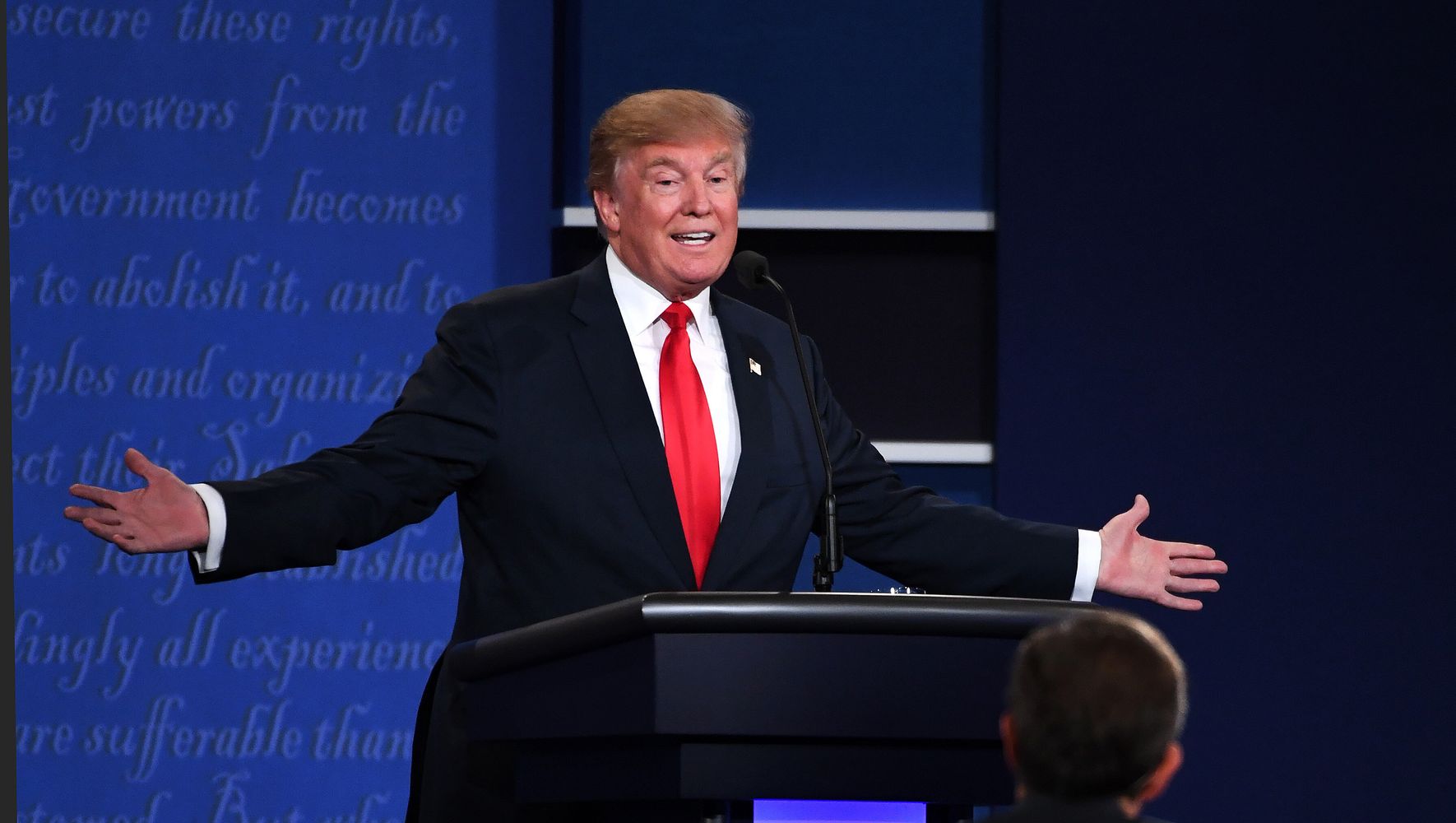 President Donald Trump said Thursday he wants this fall’s presidential debates to start earlier than the current schedule because of mail-in voting.

How can voters be sending in Ballots starting, in some cases, one month before the First Presidential Debate. Move the First Debate up. A debate, to me, is a Public Service. Joe Biden and I owe it to the American People!

The president’s tweet follows reporting from Axios Wednesday that Trump’s campaign asked the Commission on Presidential Debates to schedule an additional debate in the first week of September, before early voting begins in states that offer it. Currently, the first debate between Trump and presumptive Democratic nominee Joe Biden is scheduled for Sept. 29.

The Trump campaign’s letter also lists preferred debate moderators, many of which are hosts on the president’s favorite network, Fox News.

The moves suggest Trump’s campaign is trying to improve conditions and lower expectations for the debates with Biden, whom they’ve falsely claimed is “hiding” because of limited in-person campaign events amid the coronavirus pandemic.

Earlier this week, Biden announced he would not travel to the party’s convention in Milwaukee to accept the Democratic nomination in person, citing COVID-19 safety measures.

“The mayor has put in place a 225-person limit on people assembling in any one place. I think it’s the right thing to do,” Biden said at a campaign event Wednesday. “I’ve wanted to set an example as to how we should respond individually to this crisis.”

“We have said all along, including in a letter to the commission in June, that Joe Biden will appear on the dates that the commission selected and in the locations they chose,” Biden’s campaign spokesperson Andrew Bates said in a statement responding to Trump’s campaign. “Donald Trump has not, continually trying to insert his choice of friendly moderators, now including one who just published an op-ed offering ‘the case’ for Trump’s reelection. Joe Biden will be there.”

As the November election draws closer, Trump has increasingly sought to cast doubt on the integrity of the process and claimed mail-in voting will lead to fraud. Many voters will cast ballots by mail because of the pandemic, and Trump and his supporters have been spreading baseless conspiracy theories about the process. Last week, he suggested delaying the election, which he can’t do ― an idea swiftly condemned by leaders in both parties.

During a 2016 presidential debate, Trump infamously would not commit to accepting the results of the election, saying: “I will tell you at the time.”

Even after winning, he falsely claimed that millions of people voted illegally. He later ordered a commission to investigate his claims. That commission found no evidence supporting Trump’s allegations.