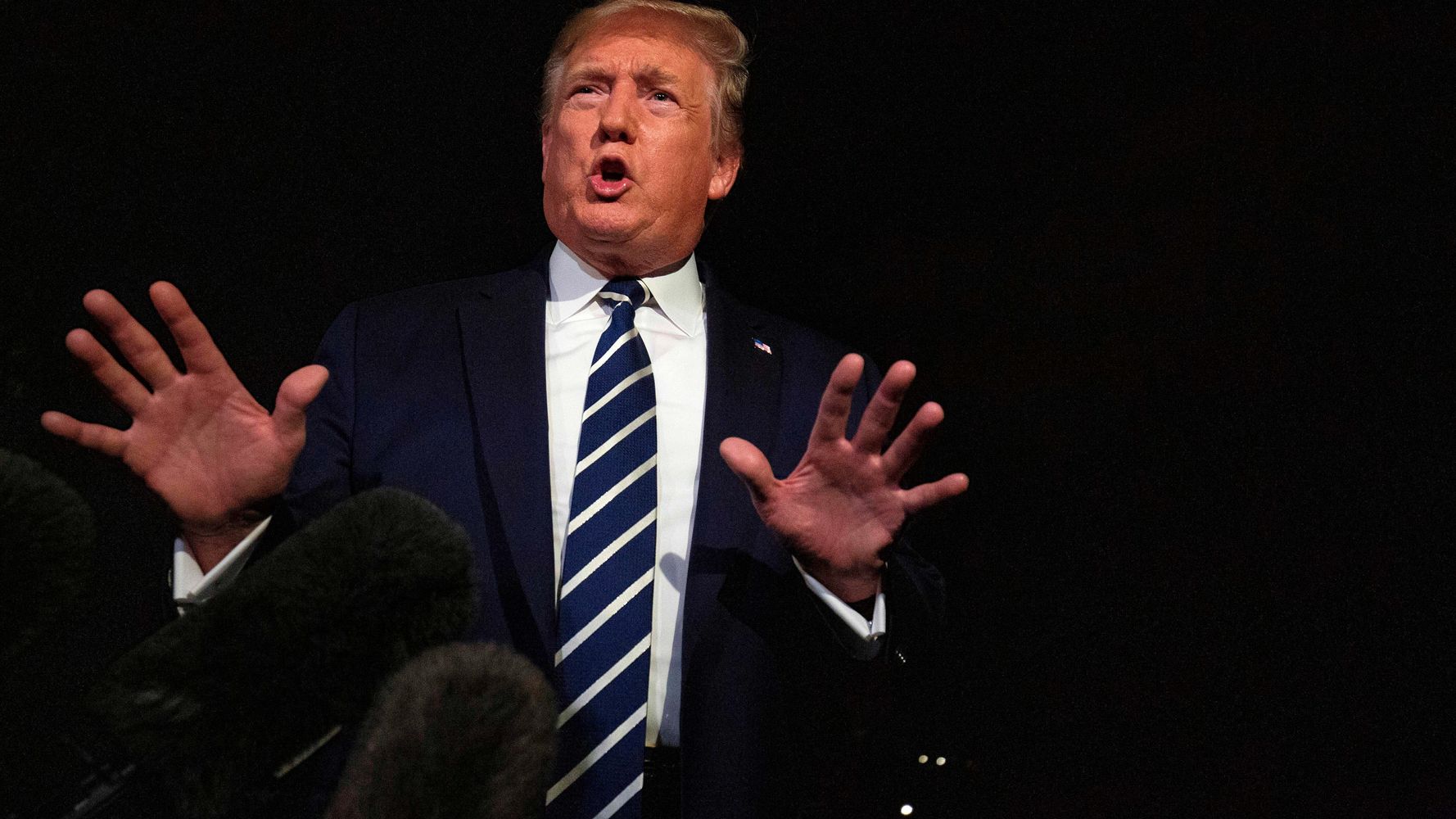 Three days after looking to the sky and proclaiming himself “the chosen one” in his escalating trade war with China, President Donald Trump is backpedaling on the assertion, downplaying it as a joke.

In a pair of tweets Saturday, Trump complained about media coverage of the statement, claiming that the press “knew I was kidding, being sarcastic, and just having fun,” and chose to misconstrue the remark.

“I was smiling as I looked up and around,” he added, though footage of his Wednesday press conference does not, in fact, show him smiling as he made the comment. “The MANY reporters with me were smiling also. They knew the TRUTH.”

Continuing, the president alleged it was “fake news,” and was apparently irked that the media took seriously what he said in a presidential briefing outside the White House.

….having fun. I was smiling as I looked up and around. The MANY reporters with me were smiling also. They knew the TRUTH…And yet when I saw the reporting, CNN, MSNBC and other Fake News outlets covered it as serious news & me thinking of myself as the Messiah. No more trust!

Discussing U.S. relations with China on Wendesday, which have continued to deteriorate as both nations threaten hefty tariffs in a back-and-forth trade battle, Trump told reporters that he was selected to take on China.

The Trump administration is set to slap tariffs on $300 billion in Chinese goods in two stages on Sept. 1 and Dec. 15. However, China announced on Friday that if the plan moves forward, it will place 5% and 10% tariffs on about $75 billion of American goods in retaliation.