Trump Says More Can Be Done Against Iran Besides War 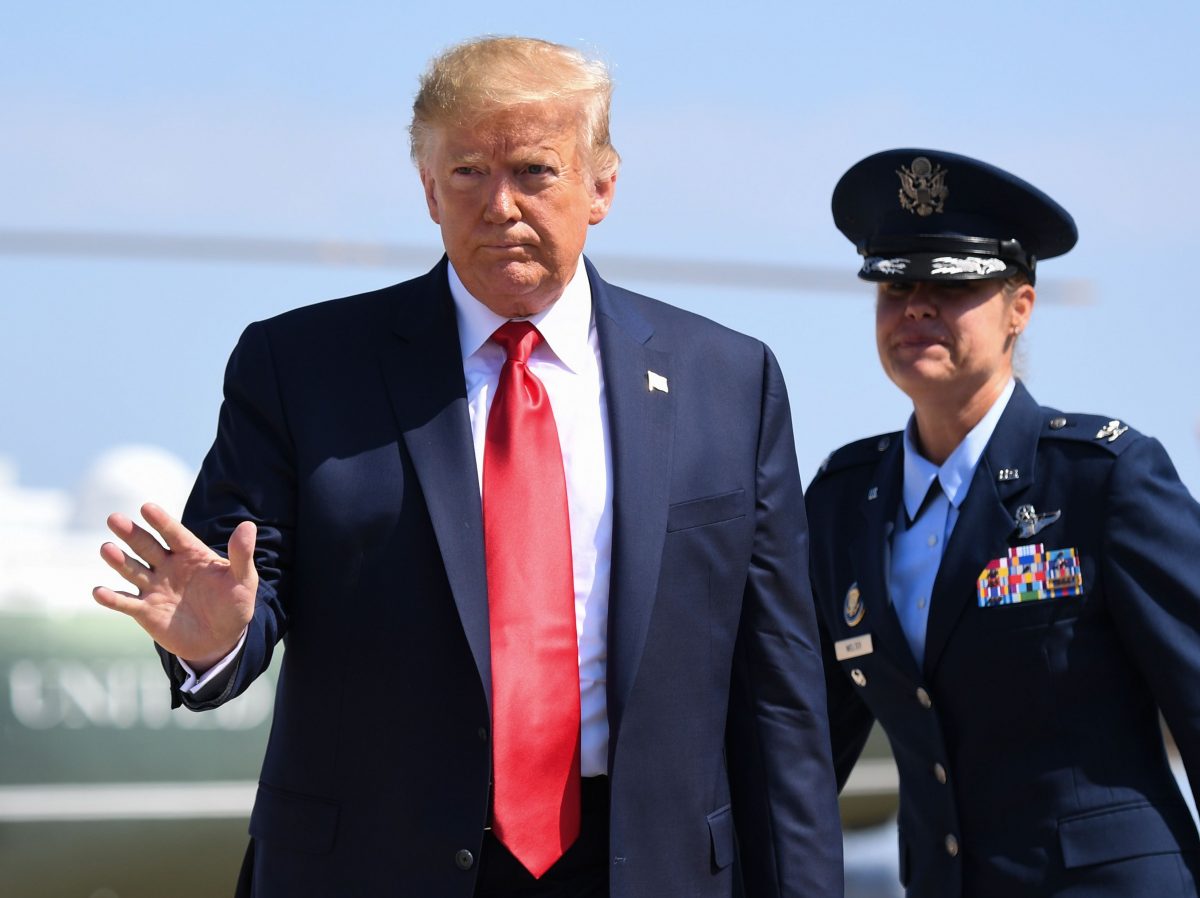 President Donald Trump said there are avenues other than war that can be employed to punish Iran, which the United States blamed for recent attacks on Saudi Arabian oil facilities.

Trump ordered on Sept. 18 an escalation of already unprecedented sanctions on Iran after drones and cruise missiles struck an oil field and two large oil processing facilities in Saudi Arabia on Sept. 14.

While Iran-backed Houthi rebels in Yemen claimed responsibility and Iran denied involvement, the Saudis displayed drone and missile debris as “undeniable” evidence of Iranian involvement. A Saudi Defense Ministry spokesman said during a Sept. 18 news conference that a total of 25 drones and missiles were used in the attacks launched from Iran, not Yemen.

The debris presented by the Saudis shows remnants of Iranian drones derived from China’s copy of the IAI Harpy. China bought a number of the Israeli drones in 1994, reverse-engineered it, and offered it to Middle Eastern clients in 2017, according to Rick Fisher, senior fellow on Asian Military Affairs at the International Assessment and Strategy Center, a Virginia-based think tank.

“The original Harpy was essentially a very low-cost cruise missile,” he told The Epoch Times.

Trump earned some criticism for his response to the attacks that initially halved Saudi oil output and halted more than 5 percent of the world’s daily oil supply.

“Iran will not stop their misbehavior until the consequences become more real,” said Sen. Lindsey Graham (R-S.C.) on Sept. 14.

But a measured response provides benefits as well.

Without an open retaliation, Saudis are positioning themselves as victims of terrorism, and that makes it harder for European politicians to keep supporting the Iran nuclear deal, further isolating the Iranian regime.

Meanwhile, Russia and China could be placed under pressure to explain why they continue to support Iran, in light of the attacks.

Also, starting a war with Iran would likely be a political loss for Trump, who ran on a platform of stopping the much-maligned policy of nation-building in the Middle East.

Fisher said that full-blown military strikes against Iran would have to be robust enough to “severely diminish Iran’s military capabilities,” although he acknowledged that Iran is “well practiced” at hiding missiles underground.

“Depending on how good our intelligence is, we may not be able to prevent a sizable Iranian secondary strike,” he said.

Trump has multiple options to retaliate against Iran in a more measured manner.

The United States can, for instance, enforce a Navy blockade to stop Iran’s oil exports, said Peter Huessy, director for Strategic Deterrent Studies at the Mitchell Institute for Aerospace Studies.

The United States can also “find mullahs’ overseas cash and assets and seize such Iranian individual and national assets, as payment for previous Iranian terrorism harm,” he said.

In addition, the United States has a broad set of surreptitious means of war, including cyberweapons and special operations.

Trump established the U.S. Cyber Command last year to, among other things, “create very, very severe and powerful offensive threats, should we need them,” he recently said at the White House.

After a U.S. drone was shot down by Iran on June 20, Trump said he called off a retaliatory strike at the last moment, but ordered cyberattacks on Iranian targets, multiple media reported.

Cyber attacks can be used to shut down Iran’s refinery capacity, other areas of its economy, or even its electric power grid, Huessy said.

It’s likely the United States already has some elements of the above in play against Iran, but it’s also likely that those efforts could be escalated further.

Trump seems to be in no hurry to engage Iran in an open military conflict, preferring to tighten the sanctions noose and likely putting further pressure on the regime by less overt means.