Trump Says Ratcliffe No Longer His Pick for Intelligence Chief 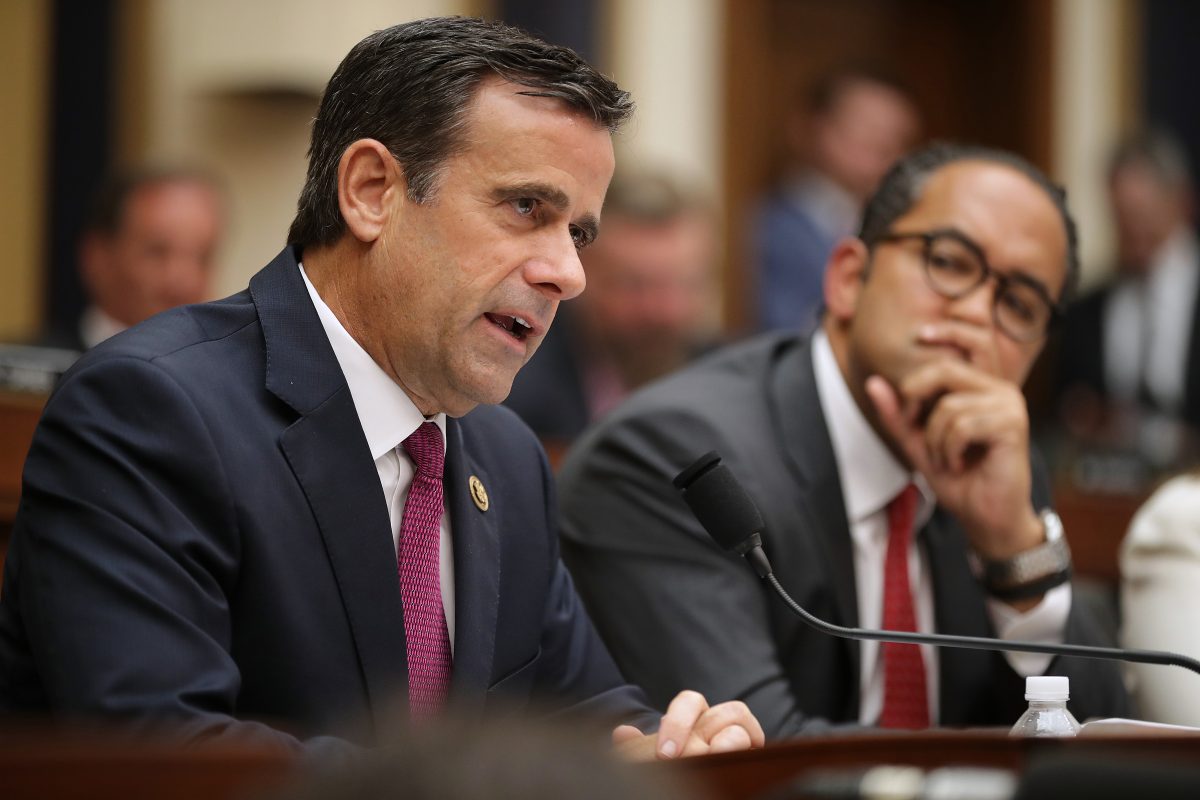 President Donald Trump announced on Aug. 2 that Rep. John Ratcliffe (R-Texas)—his initial nomination to fill the role of director of national intelligence (DNI)—has decided to stay in Congress instead.

The latest development came days after Trump said Daniel Coats, the then DNI, would be leaving his office in the coming weeks and would be replaced by Ratcliffe. Trump said that he would be announcing his new nomination for DNI shortly.

In his resignation letter last week, Coats said he believed it was time for him to “move on to the next chapter of my life.”

Trump said the media’s unfair treatment of Ratcliffe led to the withdrawal.

“Our great Republican Congressman John Ratcliffe is being treated very unfairly by the LameStream Media,” Trump said on Twitter. “Rather than going through months of slander and libel, I explained to John how miserable it would be for him and his family to deal with these people.”

“John has therefore decided to stay in Congress where he has done such an outstanding job representing the people of Texas, and our Country,” Trump said in a subsequent post.

Our great Republican Congressman John Ratcliffe is being treated very unfairly by the LameStream Media. Rather than going through months of slander and libel, I explained to John how miserable it would be for him and his family to deal with these people….

….John has therefore decided to stay in Congress where he has done such an outstanding job representing the people of Texas, and our Country. I will be announcing my nomination for DNI shortly.

Trump did not mention which media reports he said had treated Ratcliffe unfairly.

The president reiterated to reporters before boarding Marine One in the late afternoon that Ratcliffe was “treated very unfairly” by the media. He also said that the White House vetting process is “very good” and told the press: “You vet for me.”

Trump added that he has a shortlist of three names for DNI but would not give specifics. When asked about deputy DNI Sue Gordon, he said: “I like Sue Gordon” and did not rule out naming her acting DNI.

In an Aug. 2 statement on his website explaining his withdrawal, Ratcliffe said, “While I am and will remain very grateful to the President for his intention to nominate me as Director of National Intelligence, I am withdrawing from consideration.”

“I was humbled and honored that the President put his trust in me to lead our nation’s intelligence operations and remain convinced that when confirmed, I would have done so with the objectivity, fairness, and integrity that our intelligence agencies need and deserve,” the statement said.

“However, I do not wish for a national security and intelligence debate surrounding my confirmation, however untrue, to become a purely political and partisan issue,” it continued. “The country we all love deserves that it be treated as an American issue.”

During that hearing, Ratcliffe also accused Mueller of exceeding his authority in the report’s discussion of potential obstruction of justice by Trump after Mueller decided not to draw a conclusion on whether Trump committed a crime, despite detailing examples of potential obstruction. The congressman agreed that Trump was not above the law, but said the president should not be “below the law” either.

“By requiring Donald Trump to prove his innocence, they were depriving him of the one thing no one can be deprived of, which is a presumption of innocence,” Ratcliffe said in an interview with Fox News’ “Sunday Morning Futures.”

Mueller, in his testimony on July 24, declined to answer House Republicans who pressed him about the origins of the Russia probe, the perceived double standard employed by his staff, and other longstanding mysteries of his 22-month investigation.

Mueller, who concluded his investigation in late May, was unable to establish that Trump or anyone on his campaign colluded with Russia to influence the 2016 election.

Before Ratcliffe served in Congress, he was the mayor for Heath, Texas, a U.S. attorney, and a federal terrorism prosecutor, according to his official biography. Ratcliffe also serves on the Intelligence, Homeland Security, Judiciary, and Ethics committees.

“Ratcliffe put terrorists in prison, arrested 300 illegal aliens in a single day, and cracked down on drug trafficking and public corruption,” his website states.

Trump has clashed publicly with the intelligence community in the past.