Trump: Sen. Inhofe Will Not Change Military Base Names 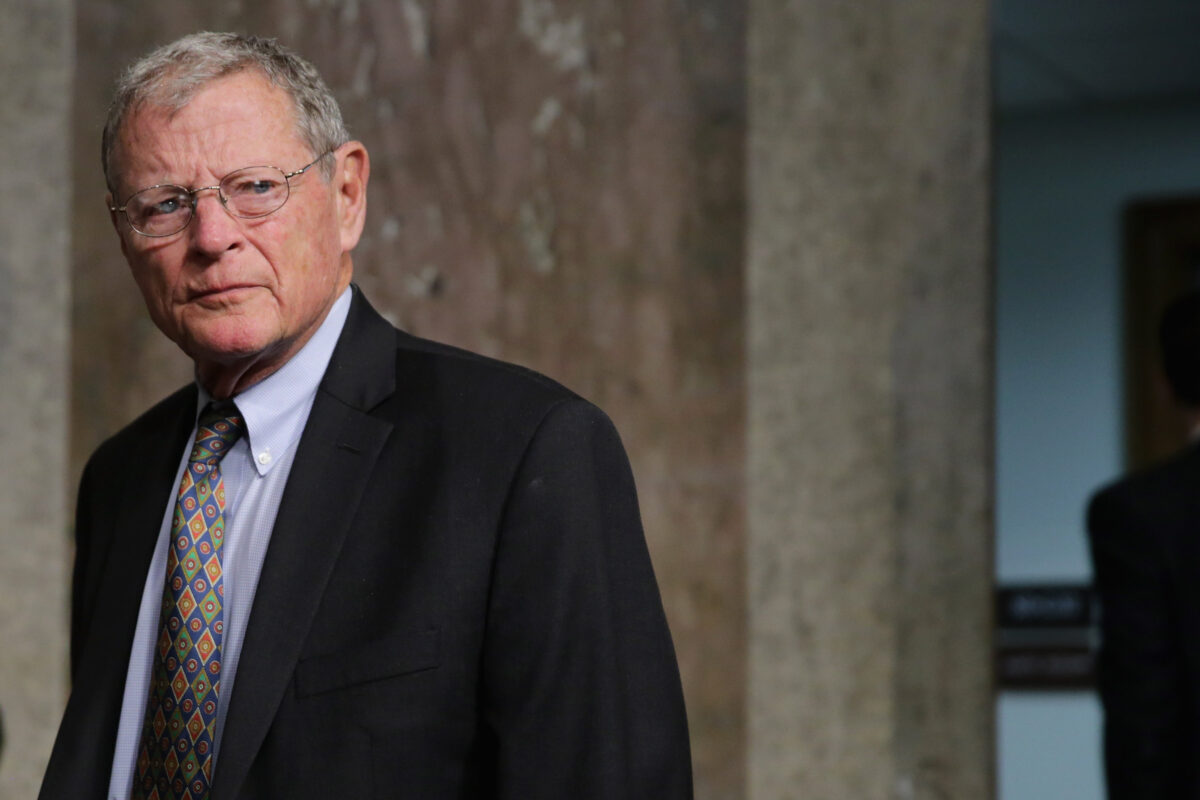 “I spoke to highly respected (Chairman) Senator @JimInhofe, who informed me that he WILL NOT be changing the names of our great Military Bases and Forts, places from which we won two World Wars (and more!). Like me, Jim is not a believer in “Cancel Culture,” wrote Trump in a tweet.

Inhofe has a long history of service to the United States starting with his time in the army and is known for being a staunch supporter of the military.

He “believes that protecting our country is the first function of the federal government, as dictated by the United States Constitution.”

An Oklahoma newspaper in June reported that Inhofe wants state and local communities to have input into whether military bases named after Confederate generals should be renamed.

“My effort’s going to be to allow the local communities, the cities, the towns, the states, to participate in whether they want to do this,” Inhofe, told reporters.

A spokesperson for Inhofe’s office did not want to comment if the tweet from the President was correct.

Led by Inhofe, on Thursday, the Senate passed 86-14 vote, the $741 billion defense legislation, despite the threat from President Donald Trump to veto the defense legislation if the amendment forcing the removal of Confederate names from Army bases was included in the bill.

The amendment, proposed by Sen. Elizabeth Warren (D-Mass.) called for a ban of the Confederate flag on the military property—including living quarters, vehicles, and clothing. It also includes a plan to change the names of bases such as Fort Bragg and Fort Benning, which honor men who fought against U.S. troops 155 years ago during the Civil War.

The White House said in a statement on Tuesday (pdf) that Trump would veto the legislation if it contained provisions requiring renaming of bases.

“Over the years, these locations have taken on significance to the American story, and those who have helped write it that far transcends their namesakes,” the statement said.

The versions from the Democratic-led House and Republican-led Senate must be reconciled before a final version can go to the White House.

House Armed Services Committee Chairman Adam Smith (D-Wash.) estimated earlier in July that Congress would not complete its work on a final defense bill until November, possibly delaying votes until after the election.

“Now we must meet in conference with the House to iron out some differences and develop a unified defense bill that enhances national security and provides our troops with decisive, lasting advantages and powerful, force-multiplying assets,” said Ranking Member Jack Reed (D-R.I.) about the bill’s next steps.

Both legislative chambers had a super-majority with the 86-to-14 Senate vote following the House’s 295-to-125 vote earlier in the week on their versions of the defense legislation, which makes Trump’s ability to veto the bill less likely.