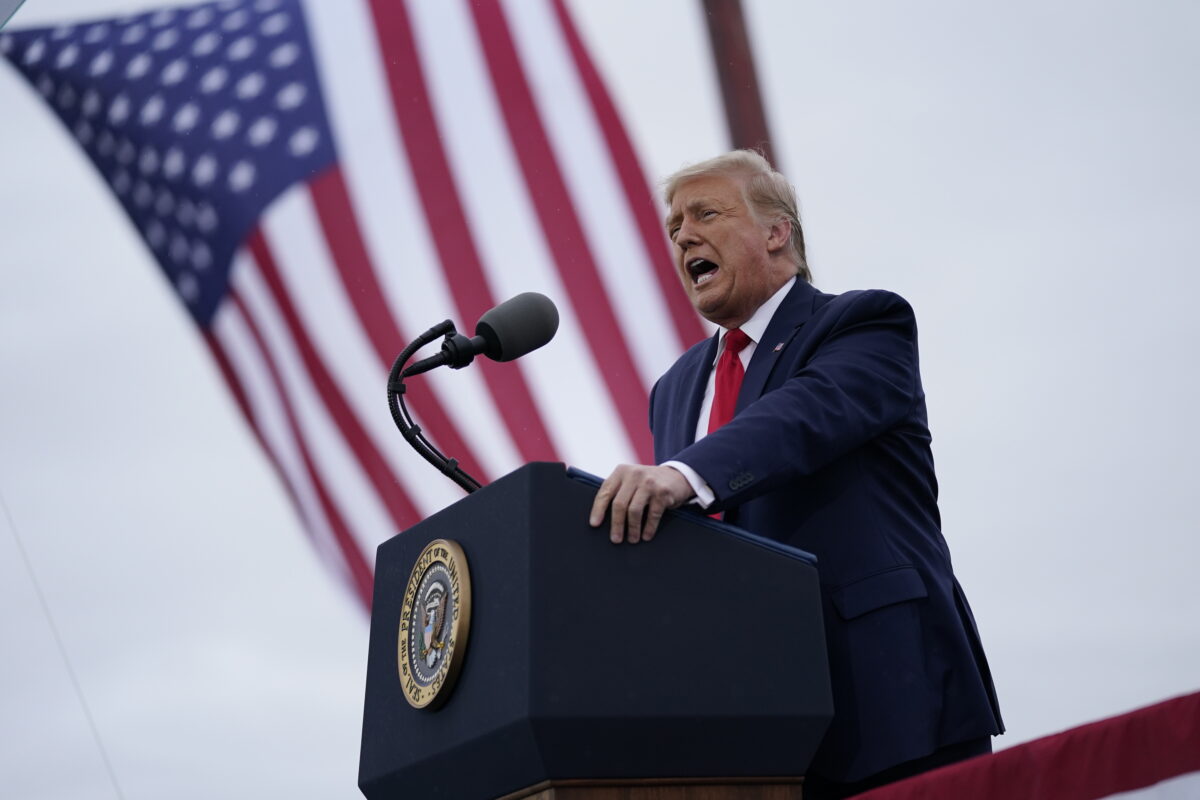 President Donald Trump on Sept. 13 announced his signing of an executive order on drug pricing.

“Just signed a new Executive Order to LOWER DRUG PRICES! My Most Favored Nation order will ensure that our Country gets the same low price Big Pharma gives to other countries,” Trump wrote on Twitter. “The days of global freeriding at America’s expense are over, and prices are coming down FAST! Also just ended all rebates to middlemen, further reducing prices.”

…and prices are coming down FAST! Also just ended all rebates to middlemen, further reducing prices.

The latest step would replace a July 24 Trump executive order.

It extends the mandate to prescription drugs available at a pharmacy, which are covered under Medicare Part D. The July version focused on drugs typically administered in doctors’ offices and health clinics, covered by Medicare Part B.

Specifically, it would pay a price for a drug that matches the lowest price paid among wealthy foreign governments. Medicare, the government healthcare program for seniors, is currently prohibited from negotiating prices it pays to drugmakers.

The president has made it a campaign point that he will take on big pharmaceutical companies, rejecting advertising campaigns from drug companies amid his efforts to lower prices.

The order will force drug companies to give Americans the best prices on pharmaceuticals.

Trump took executive action in late July on drug prices, which included discounts on insulin and EpiPens for hospitals, which would be passed down to patients, allowing the United States to allow the legal importation of prescription drugs from Canada and other countries where prices are lower, and a Medicare program will be required to purchase drugs at the same price that other countries pay.

At the time, he also gave a one-month deadline for drugmakers to propose alternative plans to reduce drug prices, adding that his administration would place a cap on U.S. drug prices if he’s not satisfied.

“These providers should not be receiving discounts for themselves while charging their poorest patients massive, full prices,” Trump said. “Under this order, the price of insulin for affected patients will come down to just pennies a day from numbers that you weren’t even able to think about. It’s a massive cost savings.”

The president signed the measures in the midst of the CCP (Chinese Communist Party) virus pandemic, which has reportedly infected more than 6 million Americans and resulted in about 190,000 attributed deaths.

These orders also come just weeks before the November election and at a time when pharmaceutical firms are vying to create a vaccine for the virus, commonly called the novel coronavirus. Drug companies including AstraZeneca, Pfizer, Novavax, and Moderna are performing clinical trials on possible vaccines.

The orders received swift pushback from the pharmaceutical industry. Pharmaceutical Research and Manufacturers of America said in a statement that the move was “a reckless distraction that impedes our ability to respond to the current pandemic—and those we could face in the future.”