Trump Supporter Fat-Shamed By President: ‘I Love The Guy’ 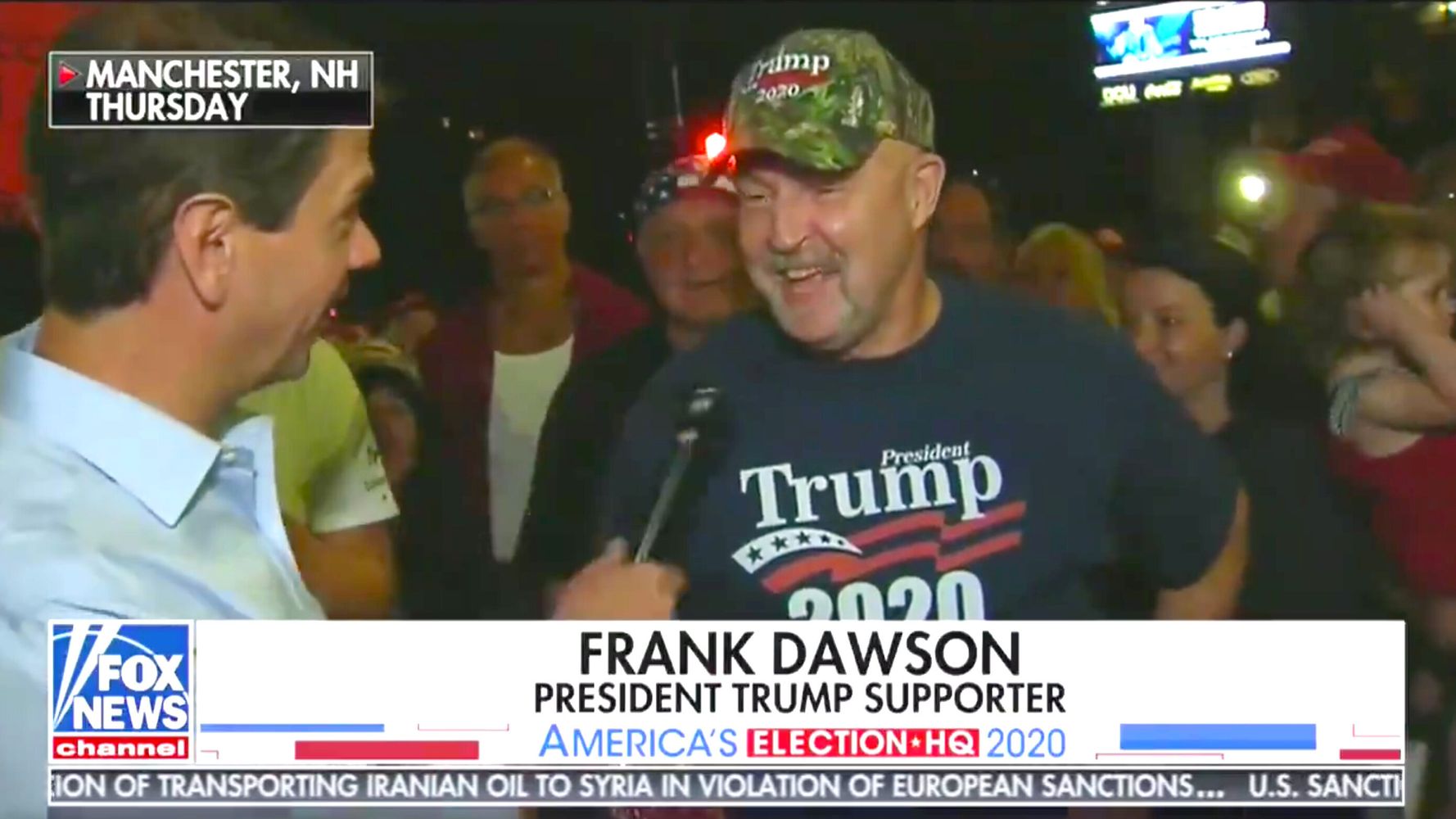 President Donald Trump mistakenly fat-shamed one of his own supporters at his New Hampshire rally Thursday, but for the adoring fan, it’s already water under the bridge.

That night, the target of Trump’s heckling, retired U.S. Navy man Frank Dawson, defended him, telling Fox News the president must have accidentally thought he was part of a group of protesters who showed up at the Manchester event.

“He didn’t see me rip the signs away from those three people that were sitting near us,” Dawson said. “They were trying to cause a ruckus, and they jumped up and they start yelling something. I don’t even care what they were yelling, but it wasn’t going to happen beside me because I’m trying to listen to my president.”

Dawson was quick to forgive the president, assuring that there are no hard feelings.

“Everything’s good. I love the guy,” he said. “He is the best thing that ever happened to this country.”

This is so great:

“I love the guy. He’s the best thing that ever happened to this country”

Standing at a lectern during the rally, Trump broke from his speech to address the demonstrators, singling out Dawson in the crowd.

“That guy has got a serious weight problem,” the president said. “Go home, start exercising.”

The audience erupted in laughter as he continued, adding, “He’s got a bigger problem than I do.”

On Friday, CNN correspondent Kaitlan Collins learned from a White House official that while on Air Force One, Trump left Dawson a voicemail thanking him for his support. However, he allegedly did not use the words “apology” or “sorry.”