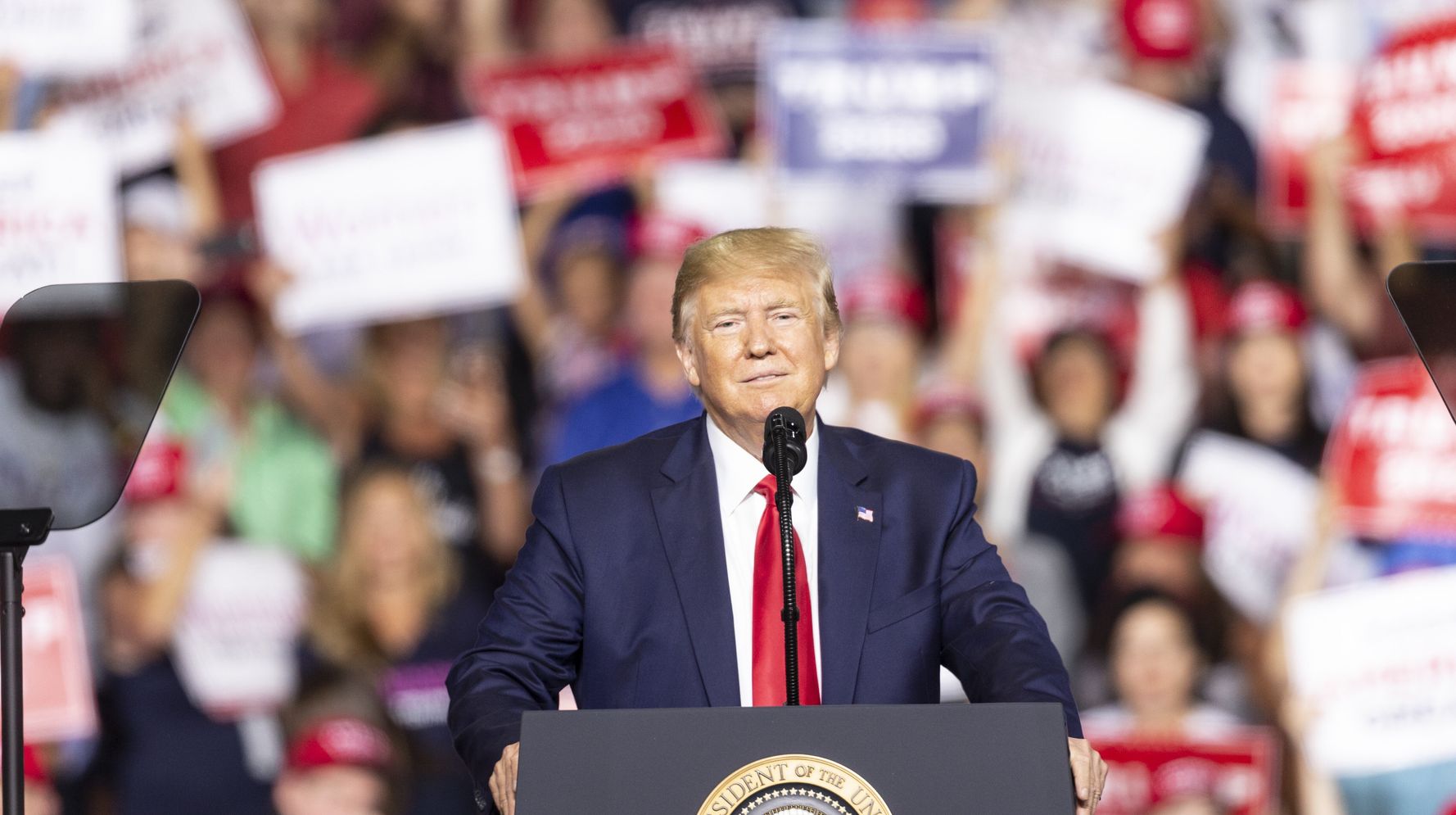 MANCHESTER, N.H. — President Donald Trump is reportedly eager to make a deal between Republicans and Democrats in Congress that would toughen background checks on gun purchasers and pass so-called red flag laws, which allow authorities to remove firearms from people deemed dangerous by a judge.

But Trump supporters, gathered here to hear the president speak at a rally of approximately 11,000 people on Thursday, say they aren’t so sure about him going that far.

“That’s my biggest complaint about the president, is that he’s willing to compromise and I’m not,” Andrew Kooken, a business owner from Raymond, New Hampshire, said as he waited in line for the event with a sign that reads “Bearing arms is not a crime.”

In the wake of the deadly mass shootings in Texas and Ohio earlier this month, Trump said he supports “common-sense” and “meaningful” background checks, though he offered no specifics on what that would entail. He made similar comments in the wake of other shootings, like the one in 2018 in Parkland, Florida, only to reverse himself just days later after speaking with representatives of the National Rifle Association, the nation’s biggest gun lobby.

Trump recently had private discussions with lawmakers on both sides of the aisle, including gun control advocate Sen. Chris Murphy (D-Conn.), about some form of legislation to toughen background checks.

The president also expressed support for red flag laws in the wake of the shootings, saying in a televised address earlier this month that “we must make sure that those judged to pose a grave risk to public safety do not have access to firearms and that if they do, those firearms can be taken through rapid due process.”

That’s my biggest complaint about the president, is that he’s willing to compromise and I’m not.
Andrew Kooken, business owner from Raymond, New Hampshire

While there is some support for such measures in Congress, it is not nearly as great as the opposition ― especially among Republicans in the Senate. Sen. John Barrasso (R-Wyo.), the No. 3 Senate Republican, for example, said earlier this month he was concerned red flag laws would violate gun owners’ right to due process.

Leah Walchko, an educator at the Trump rally on Thursday, agreed. Holding a banner that read “No red flag laws except Fredo, he’s nuts,” a reference to CNN host Chris Cuomo’s recent scuffle with a man over the name of a character from the movie “The Godfather,” Walchko said she worried red flag laws could be used improperly to take away someone’s firearm.

“It’s a very slippery slope,” she said. “Who’s going to define what a mental illness is? Are we going to have red flag laws for speech? My next-door neighbor thinks I’m going to say something dangerous and preemptively stop me?”

Gary Jackson, an auto mechanic from Sunapee, New Hampshire, said any new gun control measures would “simply disarm the people that wouldn’t use them in the wrong manner. They literally disarm the law-abiding.”

“I just don’t like what he’s doing right now on Second Amendment. It’s dangerous,” added Brandon Turner, another Trump supporter who carried a Gadsden flag with the motto “Don’t tread on me” emblazoned on it. He pointed to the recent standoff that left six Philadelphia police officers wounded after they tried to serve a drug warrant.

Some Trump supporters, however, said they would be open to tougher background checks. Indeed, most Americans, including most NRA members, support requiring background checks for all gun sales.

“There should be something on guns. There should be a better background check,” said Michael Nigra, who wore a shirt featuring an image of a rifle. “The Democrats and Republicans ought to get together on the guns laws instead of arguing, and maybe they get something done.”

Walchko also said she would support expanding background checks even if she doesn’t think doing so would prevent mass shootings, which she blamed on teens’ use of social media and smartphones.

“I actually would be alright with that if that makes people feel better,” she said of toughening background checks. “I would acquiesce to that to lessen people’s fear.”

But Turner disagreed, stating that “we already have background checks.”

“What are they going to do? It’s just useless legislation,” he said.

In his rally speech on Thursday, which ran nearly an hour and a half long, Trump cast mental illness as the real source of gun violence, not guns themselves. But he notably made no mention of background checks or red flag laws ― proposals he is reportedly trying to advance in Congress.

“We’re working very hard to keep guns out of insane people, and the mentally sick. But people have to remember that there is a mental illness problem that has to be dealt with. It’s not the gun that pulls the trigger, it’s the person holding the gun,” Trump said.

CORRECTION: A previous version of this article said Chris Murphy was a senator from New Jersey.