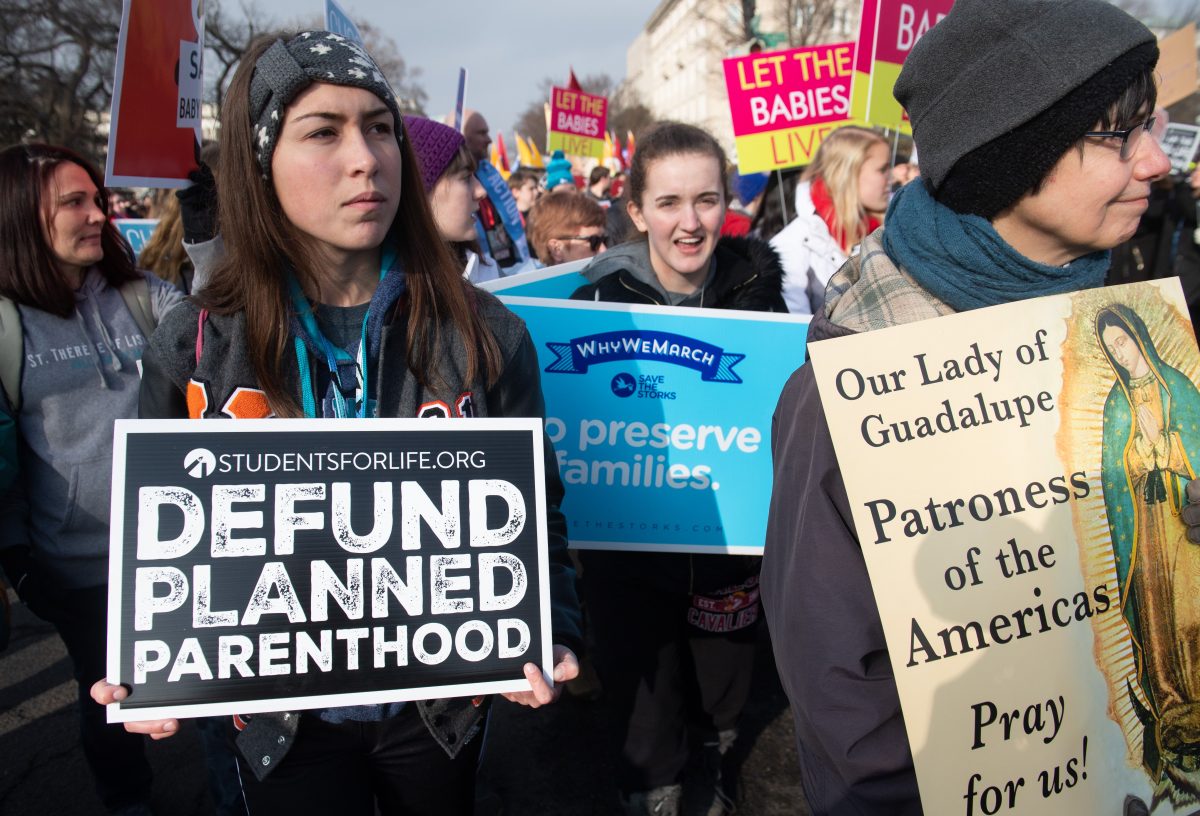 President Donald Trump will on Jan. 24 address a crowd of pro-life demonstrators at the annual March for Life, marking the first time a sitting president has attended the event since it was first held in 1974.

The event is the largest annual gathering in the United States of opponents of the Supreme Court’s 1973 ruling in Roe v. Wade. That ruling found that certain state laws outlawing abortion were an unconstitutional violation of a woman’s right to privacy, effectively legalizing abortion nationwide.

Trump, who once described himself as “very pro-choice,” will on Friday become the first president to attend the march in person in the event’s 47-year history. Republican presidents in the past chose to extend their support in other ways, either by meeting demonstrators or by sending messages of support.

For the 46th march last year, Trump addressed thousands of anti-abortion activists in a pre-recorded video, vowing to veto any legislation that “weakens the protection of human life.”

“I will always defend the first right in our Declaration of Independence, the right to life,” Trump said in remarks recorded in the Oval Office, a right he said extended to “unborn children.”

Mike Pence, meanwhile, became in 2017 the first sitting vice president to make an appearance at the pro-life event. Last year, Pence appeared onstage at the rally to introduce the president’s video, calling Trump, who before entering politics said he supported abortion access, “the most pro-life president in American history.”

March for Life’s president, Jeanne Mancini, said in a statement that Trump has long shown support to the anti-abortion movement, adding that the organization is “deeply honored” he will attend the annual march.

“From the appointment of pro-life judges and federal workers to cutting taxpayer funding for abortions here and abroad to calling for an end to late-term abortions, President Trump and his administration have been consistent champions for life and their support for the March for Life has been unwavering,” she said. “We are grateful for all these pro-life accomplishments and look forward to gaining more victories for life in the future.”

Hundreds of thousands of demonstrators are expected to attend this year’s event, organizers say.

Trump’s announcement came just days after Susan B. Anthony List, the largest pro-life group in the U.S., said it would be injecting $52 million in supporting the president and other Republican candidates ahead of the upcoming presidential election.

Marjorie Dannenfelser, president of the group and a former chair of Trump’s pro-life coalition during his 2016 campaign, said in a statement that Trump’s attendance on Friday, “signals a watershed moment for the pro-life movement.”

The president last June demonstrated his commitment to protecting life before birth, as the Trump administration announced that it would discontinue federally-funded research that uses human fetal tissue from elective abortion conducted by government scientists.

Trump in December also received the first Dr. Bernard N. Nathanson’s “Courageous Witness for Life Award” for his efforts to defend the lives of the unborn.

Abortion rights activists have criticized news of Trump’s attendance, slamming it as a ploy to win over supporters ahead of the 2020 election.

NARAL Pro-Choice America President Ilyse Hogue described it as “an act of desperation, plain and simple,” accusing Trump of “turning to deception and disinformation about abortion to gin up a vocal and extreme minority as he faces the escalating reality that his presidency is crumbling around him.”

Other speakers at this year’s March for Life include Rep. Steve Scalise (R-La.) and Rep. Chris Smith (R-N.J.), according to March For Life’s official website.