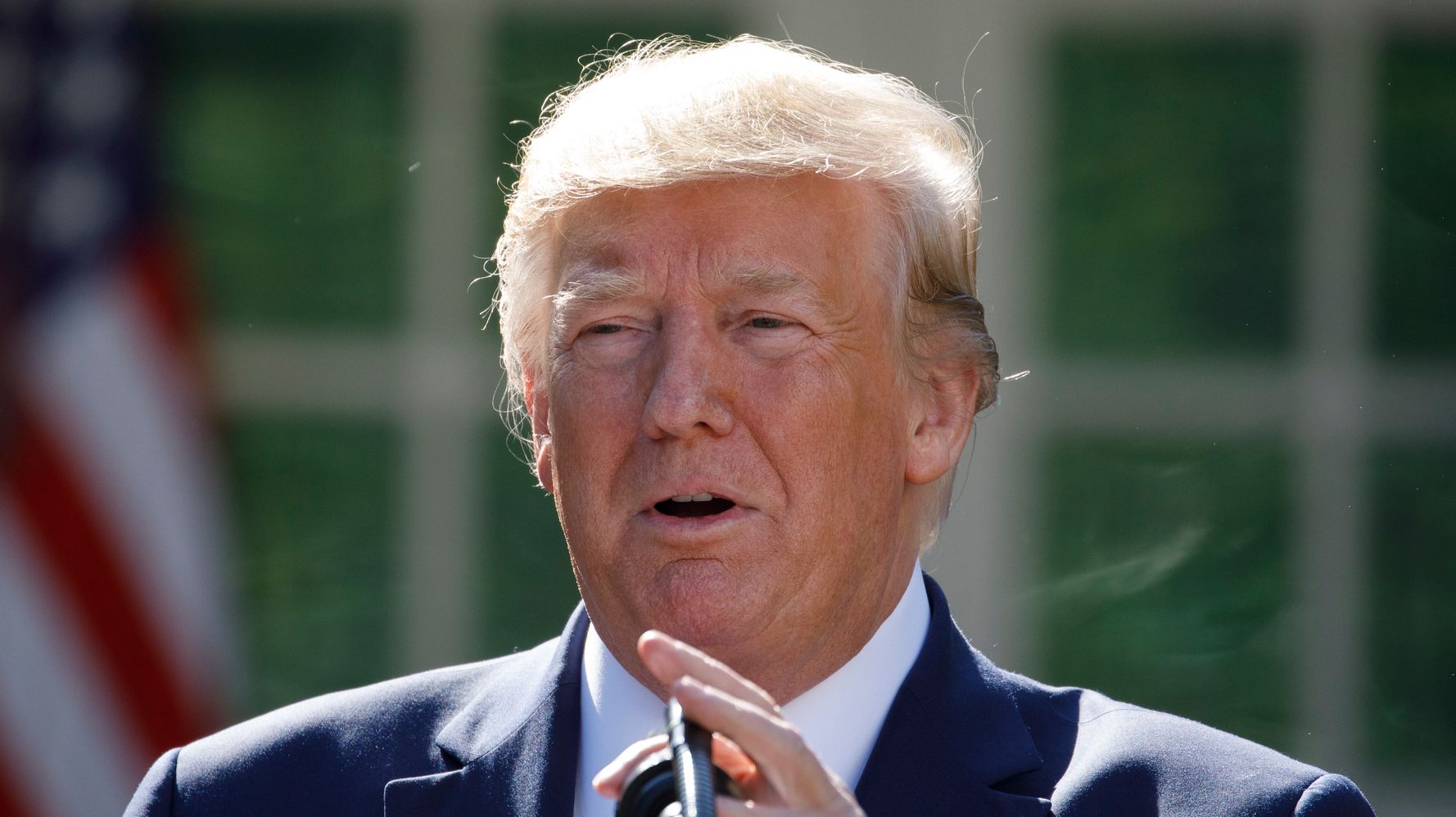 The logo — a red, white and blue image of a lion surrounded by stars reportedly representing the “original colonies” that voted for Trump in the GOP primaries — has been used by VDare.com, which the Southern Poverty Law Center characterizes as an anti-immigrant hate group. VDare’s anti-Semitic slurs were linked to in a daily Department of Justice news briefing sent earlier this month to immigration judges. VDare has since been booted from YouTube.

The Justice Department blamed a contractor for sending the VDare link in the newsletter and said it should not have been included. “The Department of Justice condemns Anti-Semitism and white nationalism in the strongest terms,” said Kathryn Mattingly, a spokesperson for the department’s Executive Office of Immigration Review, which is responsible for arranging the briefings.

The lion logo has also been posted by a Dutch white supremacist whose Twitter account was suspended, Mediaite reported.

Now Trump has tweeted the video with the logo over the words: “Trump Pence Keep America Great.” Trump noted at the top of the video: “Thank you for the support as we MAKE AMERICA GREAT AGAIN!”

Thank you for the support as we MAKE AMERICA GREAT AGAIN! pic.twitter.com/qKgwRMSgcf

The Trump campaign told Mediaite that the president “shared an independently-produced video that highlighted the strengths of the economy his policies have created. Any conspiracy connected to white supremacy exists only in the fevered minds of reporters who will believe anything negative about the president.”

Medium traced the inspiration for the lion logo to a quote from Italian fascist dictator Benito Mussolini that Trump retweeted in February 2016: “It is better to live one day as a lion than 100 years as a sheep.” Trump later said on NBC: “It’s a very good quote. I didn’t know who said it, but what difference does it make if it was Mussolini or somebody else? It’s a very good quote.”

“@ilduce2016: “It is better to live one day as a lion than 100 years as a sheep.” – @realDonaldTrump #MakeAmericaGreatAgain”

The lion logo appeared the following month on a website and Twitter account launched by a group calling itself the Lion Guard, which vowed to protect Trump supporters and “forcefully protect” Trump from threats. The logo soon appeared on VDare’s Twitter account.

The Trump video is credited to Twitter user @som3thingwicked, who first tweeted it Sunday. The user indicated he simply randomly chose the lion logo from images he found in a Google search.

For those asking me about lions.

I googled “trump logo png.” It returned several images, which I recreated.

GOOGLE. TAGGED. THAT. LION. AS. MAGA.

If it’s something else, it occurs to me the REAL question is: Why is GOOGLE associating white supremacist metadata with Trump/MAGA? pic.twitter.com/zfhxabZq6F

What this ridiculous lion logo smear of @realDonaldTrump (and @vdare) tells you is that Leftist are (a) stupid (b) hysterical (c) have limitless money and time. What “top down” group is directing this? https://t.co/D24EOGUnnS

The VDare blog is named after Virginia Dare, the first white English Colonist born in North America in 1587. The blog “regularly publishes articles by prominent white nationalists … and anti-Semites,” according to the Southern Poverty Law Center. The Washington Post reported last week that Trump economic adviser Larry Kudlow had invited Brimelow to a recent birthday party at his home.