Trump: US Has Not Yet Agreed to Rollback of China Tariffs 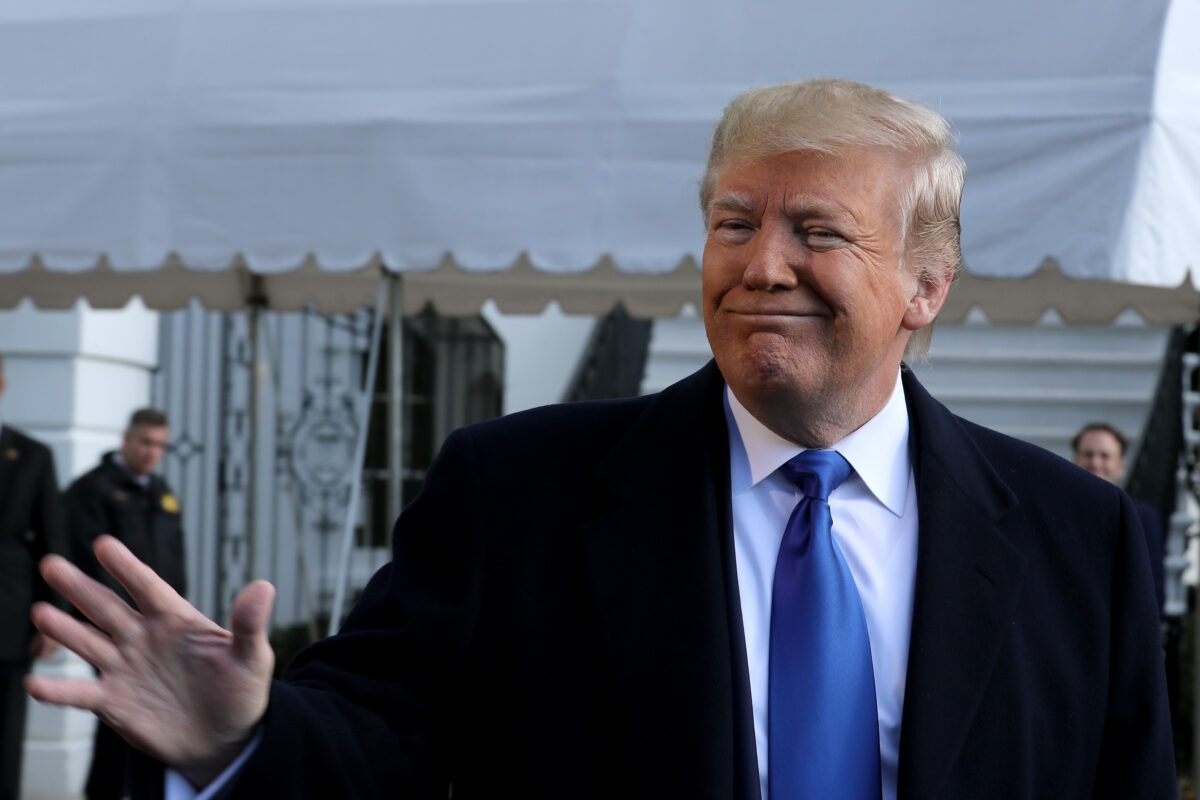 President Donald Trump said on Nov. 8 that he has not agreed to a complete cancellation of tariffs on Chinese goods, bringing uncertainty to the ongoing trade deal negotiations between the world’s two largest economies.

A day prior, officials from both countries indicated that there was an agreement to roll back the tariffs on each other’s goods, if they can reach a phase one trade deal that would resolve long-standing issues on U.S. agricultural purchases and intellectual property protection.

When asked by reporters about the potential of cancelling taxes on Chinese goods on Nov. 8, Trump said that he has not agreed to reduce the tariffs currently in place.

“China would like to get somewhat of a rollback, not a complete rollback, [be]cause they know I won’t do it,” Trump said. “I haven’t agreed to anything.”

He added that China is more eager to reach a trade deal, and that the U.S. tariffs were bringing in financial benefits for the country.

He indicated that the signing of a future pact would likely take place in the United States if the two sides can seal the deal.

“Assuming we’d get it… it could be Iowa or farm country or some place like that. It will be in our country,” he said.

On Thursday, Chinese Ministry of Commerce spokesperson Gao Feng stressed that tariff cancellations would be a key step to reaching an agreement.

“The trade war started with tariffs and should end with cancelling the tariffs,” Gao said at a press conference. He said that the specific details are negotiable, but the proportion of tariff cancelations on both sides should be the same.

That same day, anonymous U.S. officials also told media, including Reuters, that phasing out tariffs would be part of the interim trade agreement.

S&P 500 and Dow Jones indices both dropped on Friday after Trump’s comments cast doubt on the plan. Share prices in seven of 11 major S&P sectors fell, while sensitive sectors in Dow such as 3M Co. and Boeing Co. also suffered losses.

The dollar rose by 0.2 percent on Friday afternoon, hitting a three-week high.

China’s State Council announced that it would lift limits on foreign investments in China, including for foreign banks and insurance firms, in a pledge to “create a more open, transparent, and predictable” business environment. The list of guidelines also highlighted the importance of stepping up intellectual property protection.

“If Chinese companies are allowed to remove the profit incentive for standards-based wireless research without repercussions, we will soon globally face the undesirable reality that the only companies conducting this research will be those in non-market economies that do not share our values or have our best interest in mind,” they said in the letter.

The Chinese government also sentenced nine fentanyl traffickers on Thursday in cooperation with U.S. investigators, in an effort to curb illegal exports of the deadly drug to the United States.

China is the world’s largest manufacturer of fentanyl. Washington has blamed Beijing for failing to curb the supply of synthetic drugs into the country—as promised during trade negotiations between Chinese leader Xi Jinping and Trump during the Dec. 2018 G-20 summit.

China’s foreign ministry spokesperson declined to give additional trade updates during a press conference on Friday.