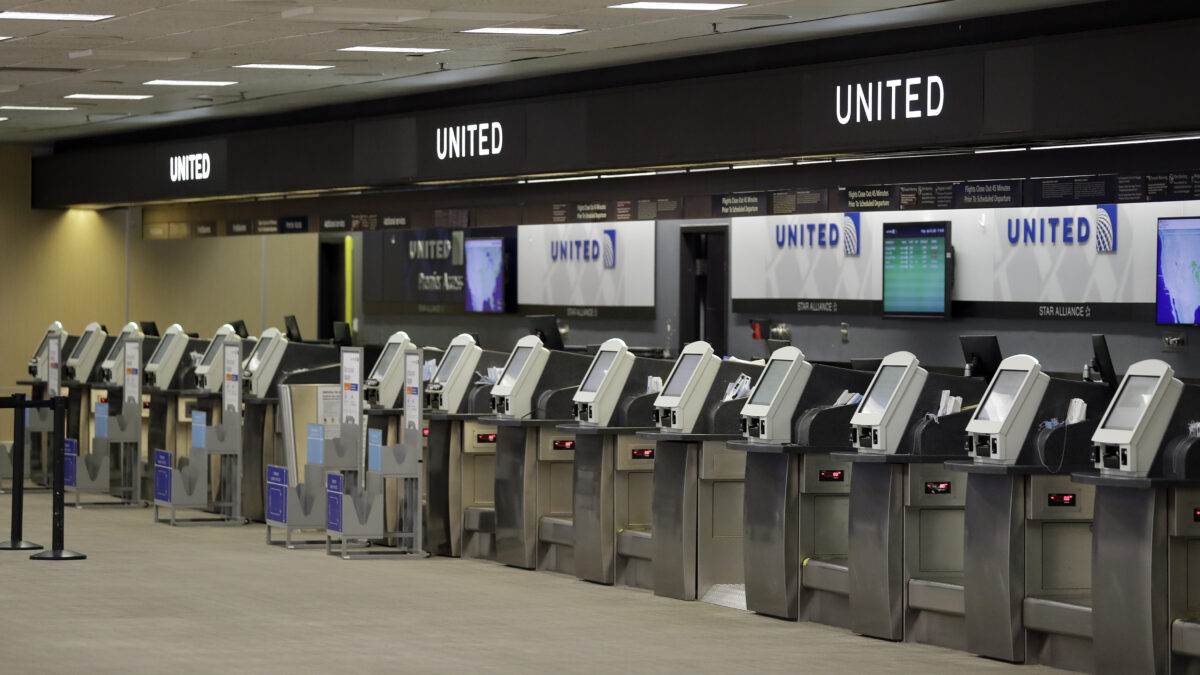 WASHINGTON—President Donald Trump on Tuesday said his administration would help U.S. airlines facing sharp downturns in passenger traffic as a result of the novel coronavirus pandemic, but gave no details.

“We’ll be helping the airlines. You have to help the airlines,” Trump told reporters before departing on a visit to Kenosha, Wisconsin. “Airlines are a tough business in good times.”

Airline shares jumped briefly on Trump’s comments but later gave up the gains and were trading in negative territory. American Airlines was down 0.2 percent around mid-afternoon, while United Airlines was down nearly 1 percent.

White House chief of staff Mark Meadows last week said Trump was weighing executive action to avoid massive layoffs at airlines if Congress fails to agree on a fresh economic stimulus package to counter the fallout from the pandemic.

Helping the airline industry is a “significant concern” for the Trump administration given its strategic importance for national security and supply chains, in addition to the large number of jobs at stake, a senior administration official said.

The official said there was significant bipartisan support in Congress for measures to help airlines and ensure they survived the prolonged collapse in demand.

U.S. passenger airlines are still collectively losing more than $5 billion a month as 30 percent of planes remain parked. Passenger travel demand is down about 70 percent and, on average, planes that are flying are half-full.

Last week, American Airlines said its workforce would shrink by 40,000, including 19,000 involuntary cuts, in October unless the government extends aid for airline employee payrolls.

United said on Thursday it will need to cut 2,850 pilot jobs between Oct. 1 and Nov. 30 if the government does not extend assistance.

As bailout money runs out without a travel recovery in sight, airlines and unions have lobbied Washington for another $25 billion. However, talks have stalled as Congress has struggled to reach agreement on a broader coronavirus assistance package.