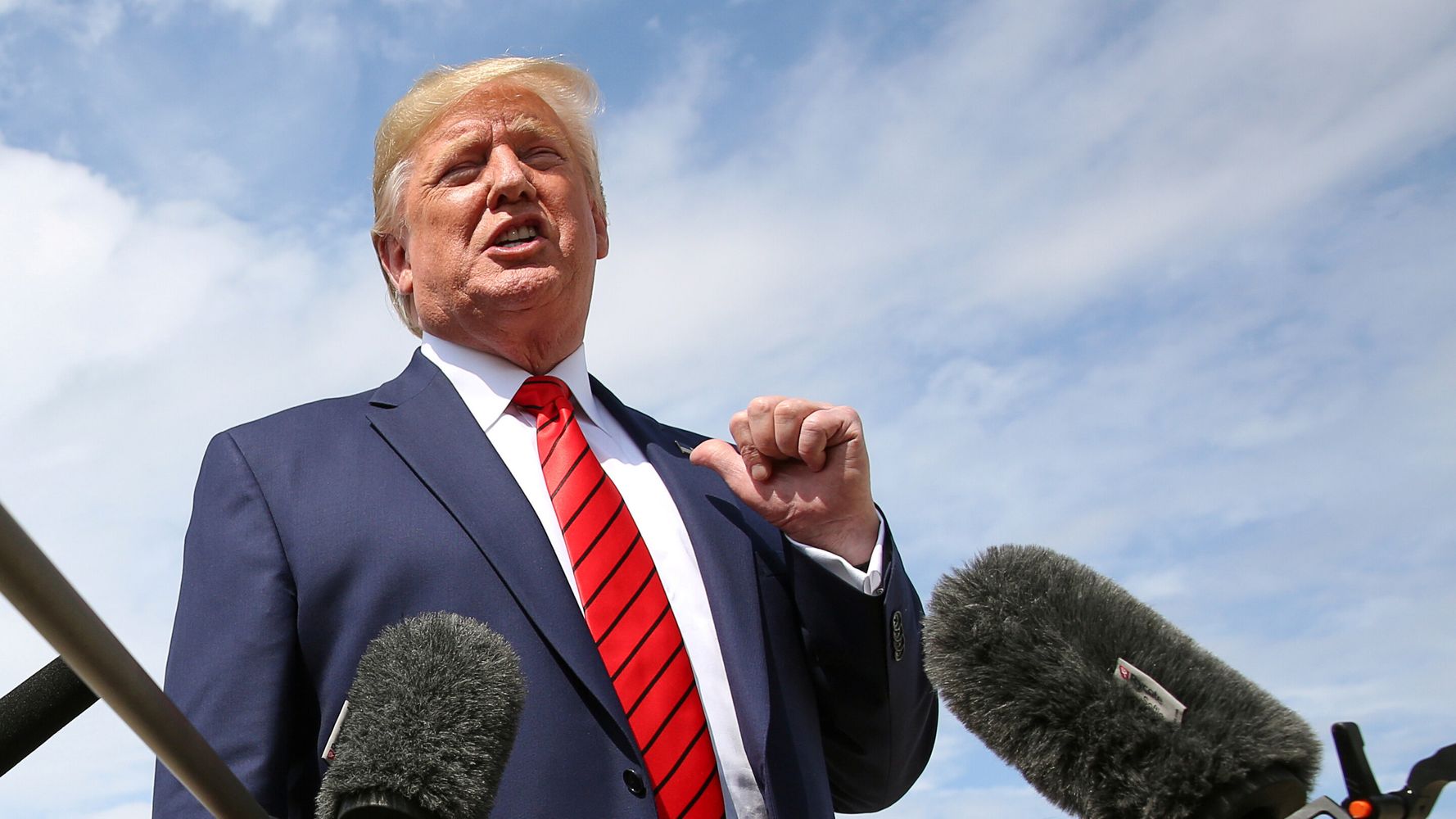 President Donald Trump on Tuesday asked why he is not “entitled to interview & learn everything about” an intelligence community whistleblower who is guaranteed federal protections.

In a pair of tweets, Trump again attempted to undermine the credibility of the person’s complaint, referring to him as a “so-called ‘Whistleblower’” and arguing that he reported “false information” regarding Trump’s July 25 call with Ukrainian President Volodymyr Zelensky. However, a summary of the conversation released by the White House shows that Trump talked about how much aid the U.S. has given to Ukraine and then pressed Zelensky to assist with a corruption probe of former Vice President Joe Biden and his son Hunter, though Ukrainian authorities have cleared the Bidens of any wrongdoing.

….the Whistleblower, and also the person who gave all of the false information to him. This is simply about a phone conversation that could not have been nicer, warmer, or better. No pressure at all (as confirmed by Ukrainian Pres.). It is just another Democrat Hoax!

Trump’s latest remarks echo his Sunday tweet in which he asserted, “Like every American, I deserve to meet my accuser.”

On Monday, Trump appeared to continue his mission to obtain information on the individual, telling reporters in the Oval Office he was “trying to find out about” the whistleblower.

Under federal law, Intelligence Community Inspector General Michael Atkinson is not permitted to disclose the whistleblower’s identity without the individual’s consent, unless it is determined “unavoidable during the course of the investigation.” However, the disclosure may be “made to an official of the Department of Justice responsible for determining whether a prosecution should be undertaken.”

Furthermore, the law states that the whistleblower shall face “no action constituting a reprisal, or threat of reprisal” unless the person’s report is false.

Atkinson has already made clear that he believes the whistleblower’s August complaint — which alleges Trump solicited Ukraine to investigate Biden, a potential opponent to the president in the 2020 election — is credible.

The revelations have fueled an impeachment inquiry into the president.

Andrew Bakaj, the attorney representing the whistleblower, stressed on Monday that his client is “entitled to anonymity” and that he “is not to be retaliated against.”

“Doing so is a violation of federal law,” Bakaj added.

On Saturday, Bakaj notified acting Director of National Intelligence Joseph Maguire in a letter that he had “serious concerns” for the whistleblower’s safety, cautioning that he could land “in harm’s way” if he is outed. House and Senate Intelligence Committee leadership also received the memo.

“We should always work to respect whistleblowers’ requests for confidentiality,” Grassley said.

The whistleblower is expected to appear before the House Intelligence Committee, though no date has been set.

‘Don’t Tell Anyone’: Putin Jokes About Russia Interfering in 2020 Election