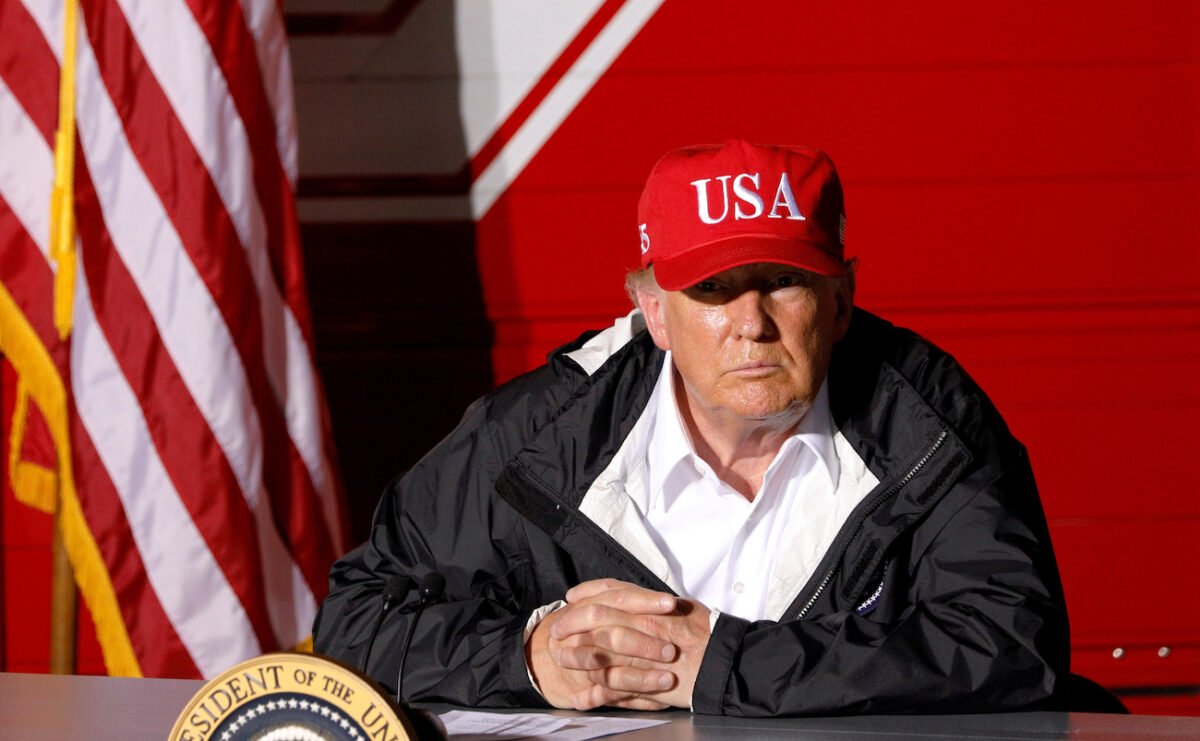 President Donald Trump said on Monday that he wants to restore patriotic education in the nation’s schools in order to remedy the division across the nation which has in recent months led to violence and riots.

“The left’s war on police, faith, history, and American values is tearing our country apart, which is what they want,” Trump told reporters at the White House. “The only path to unity is to rebuild a shared national identity focused on common American values and virtues, of which we have plenty. This includes restoring patriotic education in our nation’s schools, where they’re trying to change everything that we’ve learned.”

The president made the remarks as part of extensive comments on the recent violence and deaths seen in riots and protests in Kenosha, Wisconsin, and Portland, Oregon. The agitators fomenting violence in these and other cities are aligned with the extremist Antifa group, which seeks to bring about a Communist revolution in the United States.

“To defeat them, we must jail lawbreakers, and we must defeat their hateful ideology about this country, about America. We must teach our children that America is an exceptional, free, and just nation worth defending, preserving, and protecting. And that’s what we want to do,” the president said.

“What we’re witnessing today is a result of left-wing indoctrination in our nation’s schools and universities. Many young Americans have been fed lies about America being a wicked nation plagued by racism.”

The Department of Education did not immediately respond to a request for comment.

Groups under the broad umbrella of Antifa and Black Lives Matter have in recent months toppled dozens of historical monuments across the nation. Trump criticized his election opponent, former Vice President Joe Biden, for failing to mention Antifa by name during Biden’s earlier speech.

“He didn’t mention the far left, or, from what I saw, I don’t believe he mentioned the word ‘Antifa.’ Antifa is a criminal organization, and he didn’t mention Antifa thugs, but mostly seemed to blame the police and law enforcement,” the president said.

Biden responded by criticizing Trump for not condemning Kyle Rittenhouse, a teenager who allegedly shot and killed two people during a riot in Kenosha. Trump defended Rittenhouse of Monday, saying that the teen acted in self-defense.

“Tonight, the President declined to rebuke violence. He wouldn’t even repudiate one of his supporters who is charged with murder because of his attacks on others. He is too weak, too scared of the hatred he has stirred to put an end to it,” Biden said.