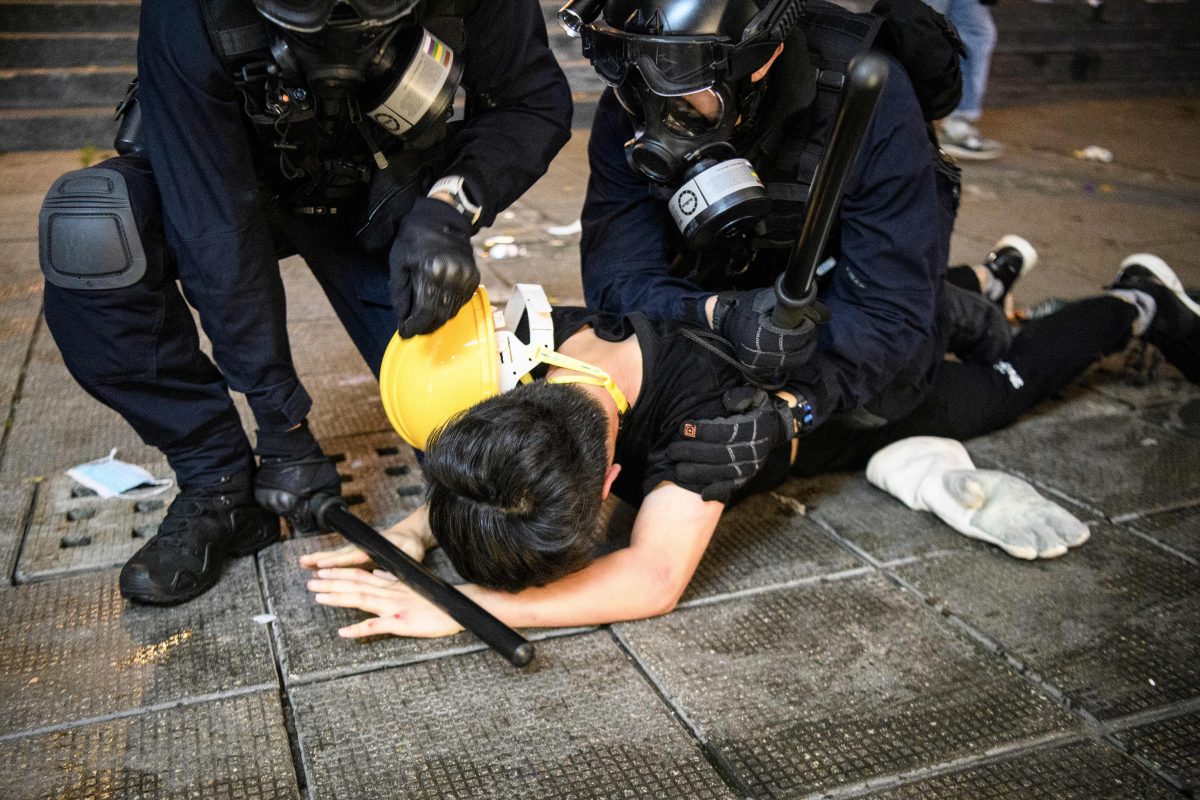 President Donald Trump said Aug. 13 that U.S. intelligence has informed him that the Chinese regime is moving troops to the border with Hong Kong.

“Our Intelligence has informed us that the Chinese Government is moving troops to the Border with Hong Kong,” Trump wrote.

Trump’s tweet comes as Beijing’s rhetoric and protests by Hongkongers have intensified.

On Aug. 13, thousands again occupied terminals at Hong Kong International Airport to oppose the city government’s response to protests sparked by a controversial extradition bill, causing flights to be suspended for a second day.

The mass protests began more than two months ago in opposition to a Beijing-backed extradition proposal that would allow people to be transferred to mainland China and face trial. Amid fears that the measure, which has now been suspended, would leave people vulnerable to the Chinese regime’s opaque legal system, protesters have continually called for the bill to be withdrawn.

As clashes between police and protesters have intensified in recent weeks, the unrest has presented a huge challenge to the communist leadership in Beijing.

On Weibo, China’s equivalent to Twitter, the outlet also posted the following message in Chinese: “If Hong Kong rioters cannot read the signal of having armed police gathering in Shenzhen, then they are asking for self-destruction.”

Another state-run media outlet, Xinhua, escalated the verbal attacks by publishing a commentary on Aug. 13 that listed several so-called “harmful Hongkongers” who have cooperated with “foreign forces” to manipulate the protesters. The Chinese regime has consistently pushed the narrative that foreign governments are behind the protests challenging Beijing’s authority.

The singling-out of individuals is unusual even for the most hawkish of Chinese state media reports.

The commentary named several activists and pro-democracy figures, including Anson Chan, former chief secretary—a second-in-command position—during both the British colonial government and the Hong Kong government after the territory was returned to Chinese sovereignty in 1997; Martin Lee Chu-ming, barrister and founder of the Democratic Party in Hong Kong; Joshua Wong, student activist and leader of the Demosisto political party; Nathan Law, an activist and former lawmaker who was disqualified from office after Beijing took issue with the manner in which he took his oath; Jimmy Lai, founder of Next Media, a media company that often supports pro-democracy protests; and Davin Kenneth Wong, president of the Hong Kong University Student Union. All have either participated in protests or expressed sympathy for them.

The article doubled down on the “foreign interference” claim, portraying those individuals as colluders with the U.S. government to foment violence in Hong Kong.

For example, it described Chan’s, Lee’s, and Lai’s visits to the United States this year to discuss the extradition bill with U.S. lawmakers and administration officials as the behavior of “traitors who sell out the country for their own glory.”

“These Hongkongers’ behaviors are shameful, their motivations should be exterminated, and their sins must be punished,” the article read.

The commentary also mentioned a recent meeting between Wong, other pro-democracy activists, and Julie Eadeh, a staffer at the U.S. Consulate General in Hong Kong, as reported by the local pro-Beijing newspaper Ta Kung Po last week. Xinhua called them “Hong Kong minions” who are asking for guidance from the U.S. government.

After the media report, the U.S. State Department responded sternly by calling Beijing a “thuggish regime” for singling out the U.S. diplomat.

“I don’t think that leaking an American diplomat’s private information, pictures, names of their children—I don’t think that is a formal protest, that is what a thuggish regime would do,” U.S. State Department spokesperson Morgan Ortagus said last week.

The State Department also rejected the claims by Beijing that the United States was “interfering in Hong Kong’s affairs,” saying that the protests “reflect the sentiment of Hongkongers and their broad concerns about the erosion of Hong Kong’s autonomy.”