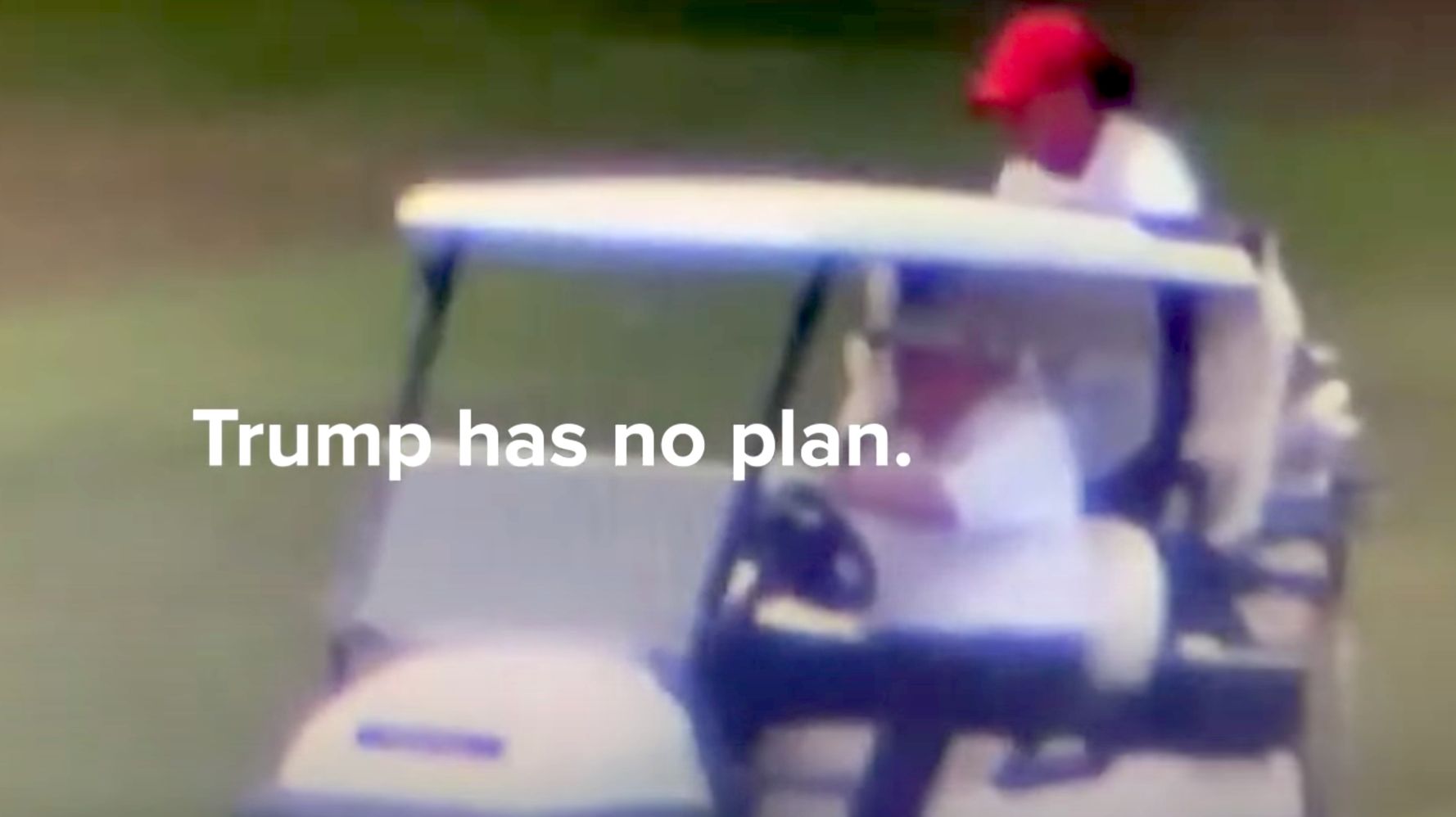 A new attack ad highlights President Donald Trump’s repeated and long-running failure to deliver on his promises to shake up the nation’s healthcare system.

“We’re signing a healthcare plan within two weeks, a full and complete healthcare plan,” Trump vowed in a July 19 interview with Chris Wallace on “Fox News Sunday.” The 60-second spot was released by progressive super PAC MeidasTouch on Sunday ― two weeks after that interview when no such plan had arrived. Trump spent much of Sunday at Trump National Golf Club in Virginia, where he was seen golfing for the second day in a row.

Since before he took office, Trump has pledged to imminently produce a comprehensive healthcare plan to replace the Affordable Care Act. Yet, with three months to go before the election, more than 150,000 people dead and millions more infected as the coronavirus surges around the U.S., no overhaul has been delivered.

“In response to a question by Chris Wallace why Trump hasn’t had a healthcare plan in 3.5 years, Trump’s response was he was going to have a health care plan ready to sign in two weeks. Of course, this has not been the case,” MeidasTouch said in a statement released with the video.

“Trump has been lying about everything since he ran for office, but his lies on health care are particularly and peculiarly virulent and dastardly given that is causing people to become and stay stick and lose their lives — on a mass scale. ”

The TrumpHasNoPlan hashtag paired alongside the video was among Twitter’s top trending topics in the U.S. on Sunday night.

The group is fundraising for a nationwide Fox News TV ad buy for the spot, according to the statement. It’s not clear if or when it will air.

MeidasTouch was founded by Ben Meiselas and his brothers, Brett and Jordan. Meiselas is a civil rights attorney who represented former San Francisco 49ers quarterback Colin Kaepernick in his settlement with the NFL.

Watch the ad below.