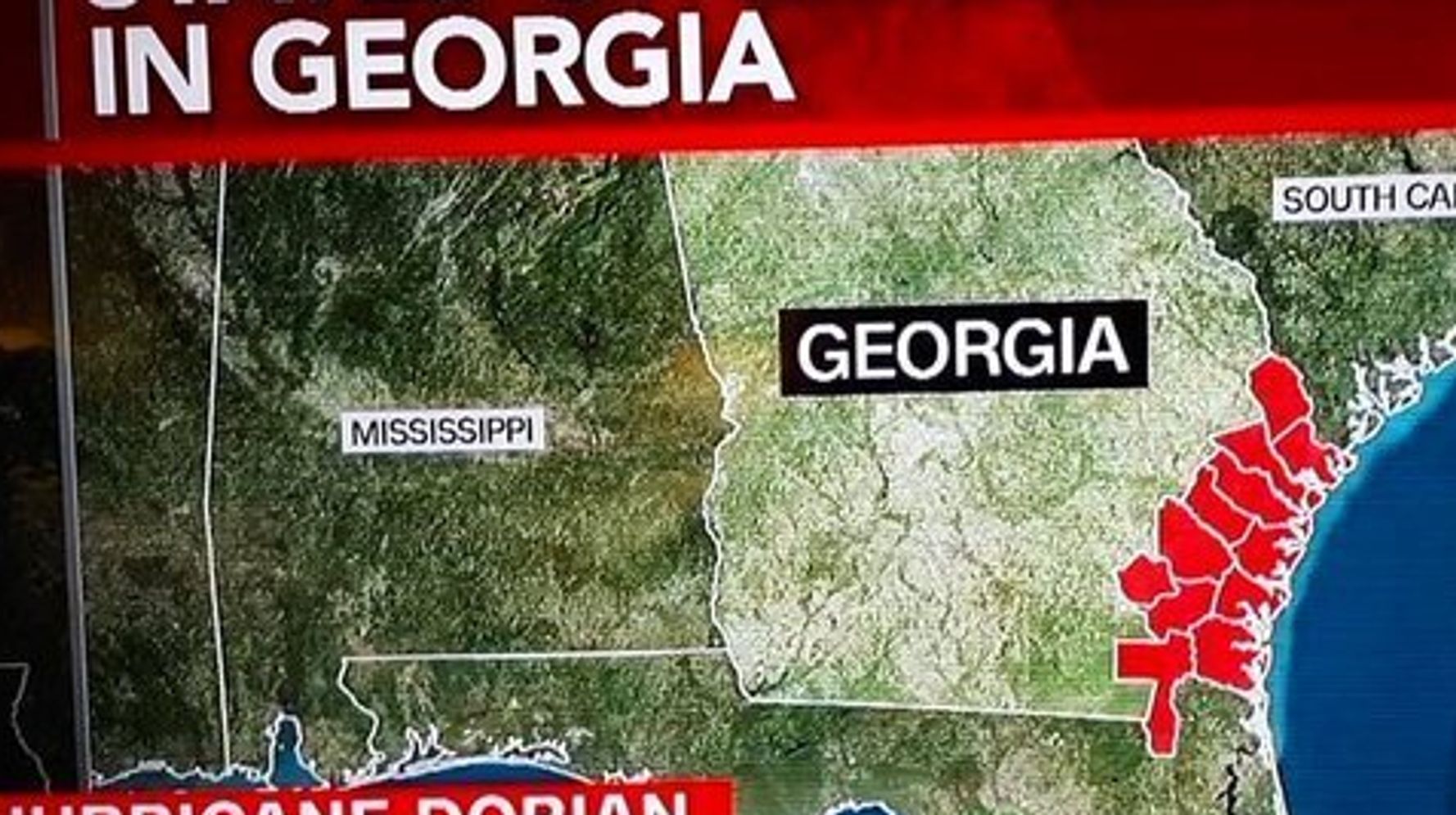 Even as President Donald Trump continues to defend his erroneous claim that Alabama was once threatened by Hurricane Dorian, White House press secretary Stephanie Grisham sought to turn the tables Thursday by spotlighting a brief map error by CNN concerning the state.

In a Twitter post, she chided CNN for showing a map during a Sunday broadcast that mislabeled Alabama as Mississippi. In the process, she also took a shot at the attention CNN ― along with all other major news outlets ―  gave to Trump’s widely ridiculed effort to deflect attention from his Alabama miscue with a Sharpie-altered weather map on Wednesday.

Hi @CNN, I know you guys are busy analyzing lines on a map, but perhaps you use your time to study up on U.S. geography? pic.twitter.com/kVgifHfPK4

Snopes reports the CNN error occurred on the “Early Start with Dave Briggs and Christine Romans” program. It was corrected within 30 seconds, according to a cheeky response to Grisham’s tweet.

Thanks, Stephanie. Yes, we made a mistake (which we fixed in less than 30 seconds). And now we are admitting it. You all should try it sometime.

Some people who were happy to join Grisham in slamming CNN:

You gotta be a real dumbass to mistake Alabama for Mississippi, but hey folks….IT’S CNN!

More FAKE News. They are beyond fact checking and proof reading.

Others came to a slightly different conclusion:

I’d be willing be bet @CNN can admit this was a mistake.
Unlike the petulant child you have for a boss.

Oh you got them someone made a graphics mistake! I’m sure they are going to willfully lie about doing it for days and then take a sharpie out to insist that is where the state really was the whole time-or they can just pass out behind the wheel a few times and lie about that also

You should totally address this in your press briefings that YOU NEVER HAVE, “Press Secretary”.

And then there was the person who spoke for all of America.

well that’s it, i agree that CNN’s graphics guy is grossly unfit to be President