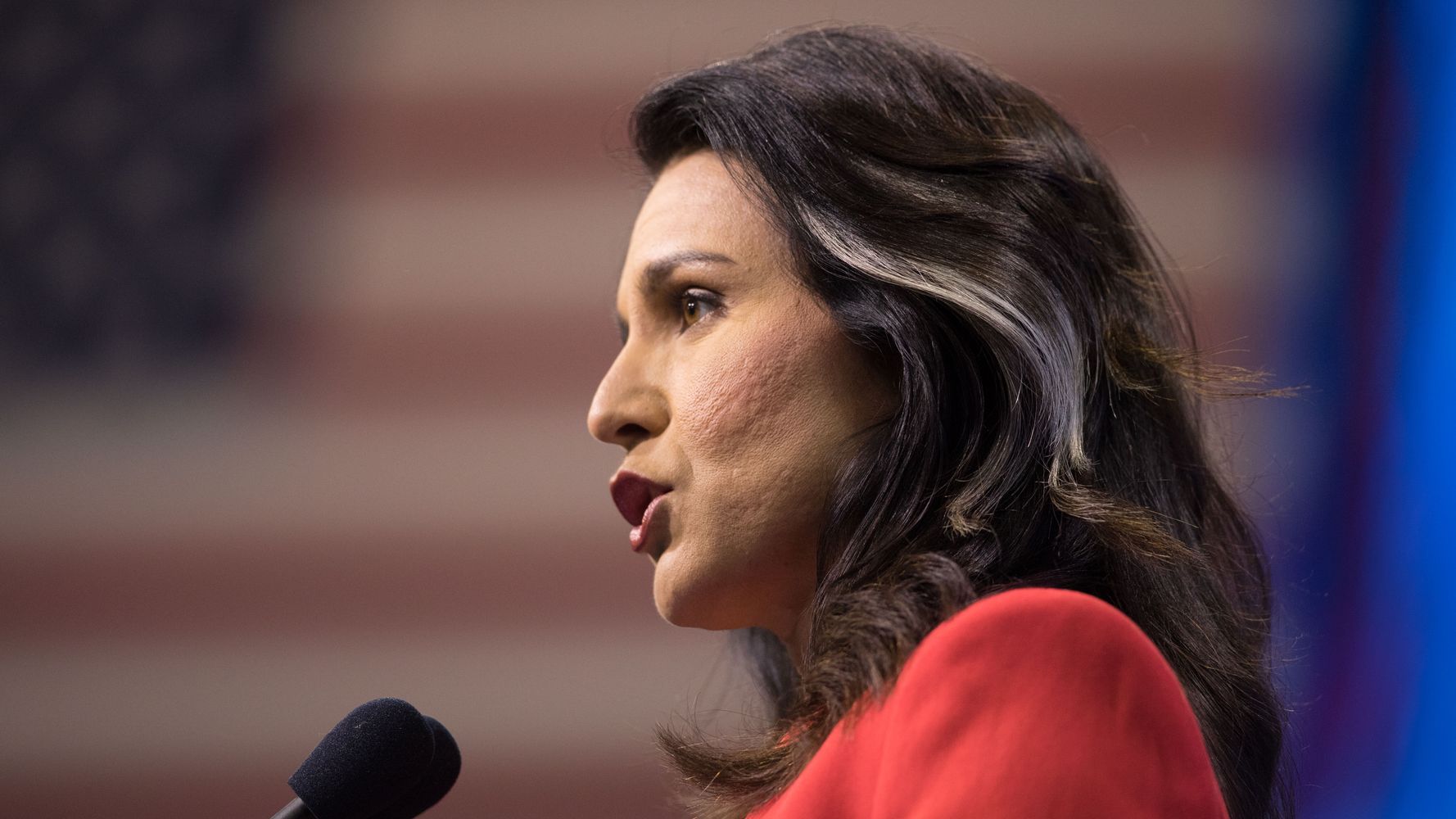 Rep. Tulsi Gabbard (D-Hawaii) slammed President Donald Trump for turning the nation into “Saudi Arabia’s bitch” after he assured the kingdom that the U.S. is “locked and loaded” as it waits to hear who may be behind an attack on its oil supply.

“Trump awaits instructions from his Saudi masters,” the Democratic presidential candidate tweeted Sunday. “Having our country act as Saudi Arabia’s bitch is not ‘America First.’”

Trump awaits instructions from his Saudi masters. Having our country act as Saudi Arabia’s bitch is not “America First.” https://t.co/kJOCpqwaQS

Hours before Gabbard’s latest remark, Trump said he had “reason to believe that we know the culprit” of the weekend drone strike that cut the kingdom’s oil production in half.

The president added that the U.S. is “waiting to hear from the Kingdom as to who they believe was the cause of this attack, and under what terms we would proceed!”

Though Iran-backed Houthi rebels in Yemen have claimed responsibility for the attack, U.S. Secretary of State Mike Pompeo said Saturday that there is no evidence it came from Yemen and called Iran the culprit.

Tehran has denied the allegation.

The damage has cut about 5.7 million barrels per day of Saudi Arabia’s crude oil output, which amounts to more than 5% of global daily oil supply.

Initially, oil prices rose as much as 20% ― the largest jump in a single day since the 1991 Gulf War ― but retreated after Trump tweeted that he had authorized the use of oil from the U.S.’s emergency oil supply, known as the Strategic Petroleum Reserve. If needed, the president said, oil would be released “in a to-be-determined amount sufficient to keep the markets well-supplied.”