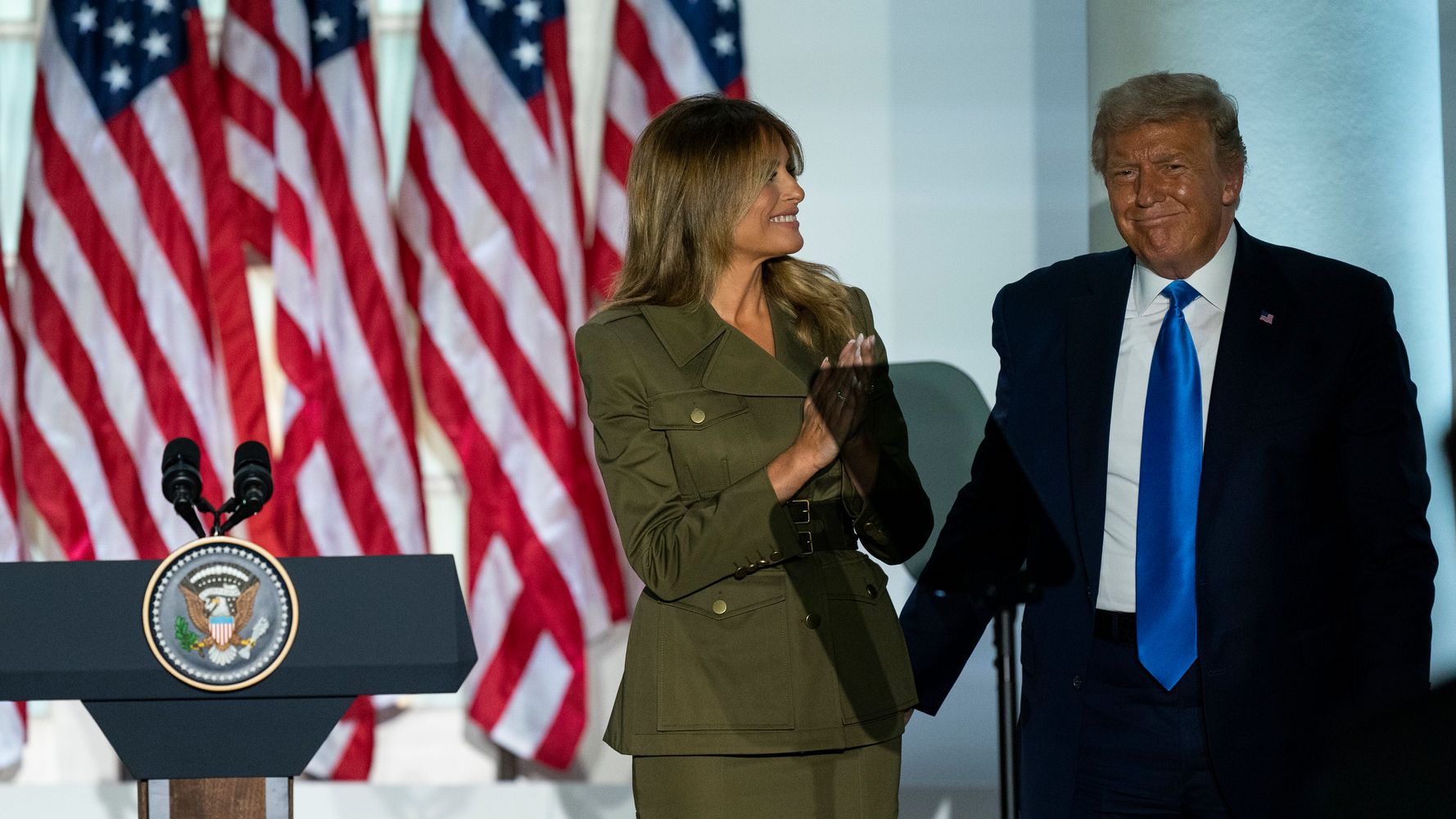 WASHINGTON (AP) — Turbulent reality is clashing with the smooth, steady image Republicans are hoping to paint of President Donald Trump and his leadership on the third night of the GOP’s convention.

A potentially catastrophic hurricane is bearing down on the Gulf Coast, wildfires have ravaged huge areas of California, protests are growing in Wisconsin after the shooting of a Black man by police — and the still-raging coronavirus pandemic is killing more than 1,000 Americans a day.

Adding still another controversial element, late Wednesday the NBA postponed three playoff games after the Milwaukee Bucks refused to take the court for their game following the shooting of a 29-year-old Black man, Jacob Blake, in Kenosha, Wisconsin. That was a few hours before Vice President Mike Pence was to speak from Baltimore’s Fort McHenry, where an 1814 battle inspired the National Anthem. Trump has strongly criticized athletes who kneel rather than stand during the anthem in protest of racial injustice.

The historic convergence of health, economic, environmental and social emergencies is only increasing the pressure on Trump, as he looks to reshape the contours of his lagging campaign against former Vice President Joe Biden with Election Day just 10 weeks off and early voting beginning much sooner.

The GOP’s convention response to those growing challenges has been uneven. The opening nights featured virtually no reference to the hurricane or wildfires. The lineup has included speakers who have been at odds with the Black Lives Matter movement, including a St. Louis couple who brandished guns and the Kentucky attorney general who has not yet filed charges in the death of a woman killed by police.

Trump turned to Twitter on Wednesday to say his administration was engaged with state and local officials in areas in Hurricane Laura’s path. The storm was forecast to make landfall along the Louisiana-Texas border shortly after Pence concluded his keynote address Wednesday night.

Adding to the sense of convention uncertainty, another speaker was abruptly pulled from the lineup. The Trump campaign confirmed that Robert Unanue, the president and CEO of Goya Foods, would not be speaking Wednesday night, citing a “logistical problem.” Unanue’s appearance at the White House earlier this month and his praise of Trump sparked a boycott movement of his company’s products.

Also unclear was the status of a speech by former professional football player Jack Brewer. The U.S. Securities and Exchange Commission accused Brewer this month of illegal insider trading in the stock of a small company that operated a communications network for police. Brewer’s investment advisory firm is registered with the SEC. The campaign would not say definitively whether or not he would speak. A message to Brewer through one of his companies wasn’t returned Wednesday.

Organizers on Tuesday had pulled another featured speaker, “Angel Mom” Mary Ann Mendoza after she directed her Twitter followers to a series of anti-Semitic, conspiratorial messages hours before her pre-recorded segment was to air.

Wednesday night’s lineup was expected to include Clarence Henderson, who participated in the 1960 Greensboro, North Carolina, Woolworth lunch counter sit-ins for what Trump’s team said would be a discussion of “peaceful protest” and the president’s record of trying to help Black Americans.

“These achievements demonstrate that Donald Trump truly cares about black lives,” Henderson was to say. “His policies show his heart. He has done more for black Americans in four years than Joe Biden has done in 50.”

Convention speakers were also reinforcing Trump’s law-and-order message, warning that electing Biden would lead to violence in American cities spilling into the suburbs, a message with racist undertones. Trump on Wednesday tweeted about sending federal agents to Kenosha to help quell unrest, and the Justice Department said it was sending in the FBI and federal marshals.

Trump’s campaign believes his aggressive response will help him with suburban women voters who may be concerned by the protests — though it may only deepen his deficit with Black voters.

Michael McHale, the president of the National Association of Police Organizations, was to tell the convention, “The violence we are seeing in these and other cities isn’t happening by chance; it’s the direct result of elected leaders refusing to allow law enforcement to protect our communities.”

And Burgess Owens, a former NFL player now running for Congress in Utah, declared, “This November, we stand at a crossroads. Mobs torch our cities while popular members of Congress promote the same socialism my father fought against in World War II.”

While the coronavirus wrought havoc on Trump’s convention plans — he had to shelve plans for arena events in either North Carolina or Florida — it has thus far taken a back seat in the programming. However, Pence, the chair of the White House virus task force, was ready to defend the administration’s response in his remarks.

Republicans believe concerns about Trump’s handling of the pandemic have become a drag on his campaign, and the criticism only grew stronger Wednesday with news that the Centers for Disease Control and Prevention was easing its testing recommendations for those exposed to the virus, which is still spreading across the country.

Pence was expected to spend much of his speech detailing the administration’s record on the economy and foreign policy, capping a lineup that would “showcase American heroes” and their stories, organizers said.

The night was to include remarks from the president’s daughter-in-law, Lara Trump, as well as several administration officials including departing Counselor Kellyanne Conway, the manager of Trump’s 2016 general election campaign, and press secretary Kayleigh McEnany.