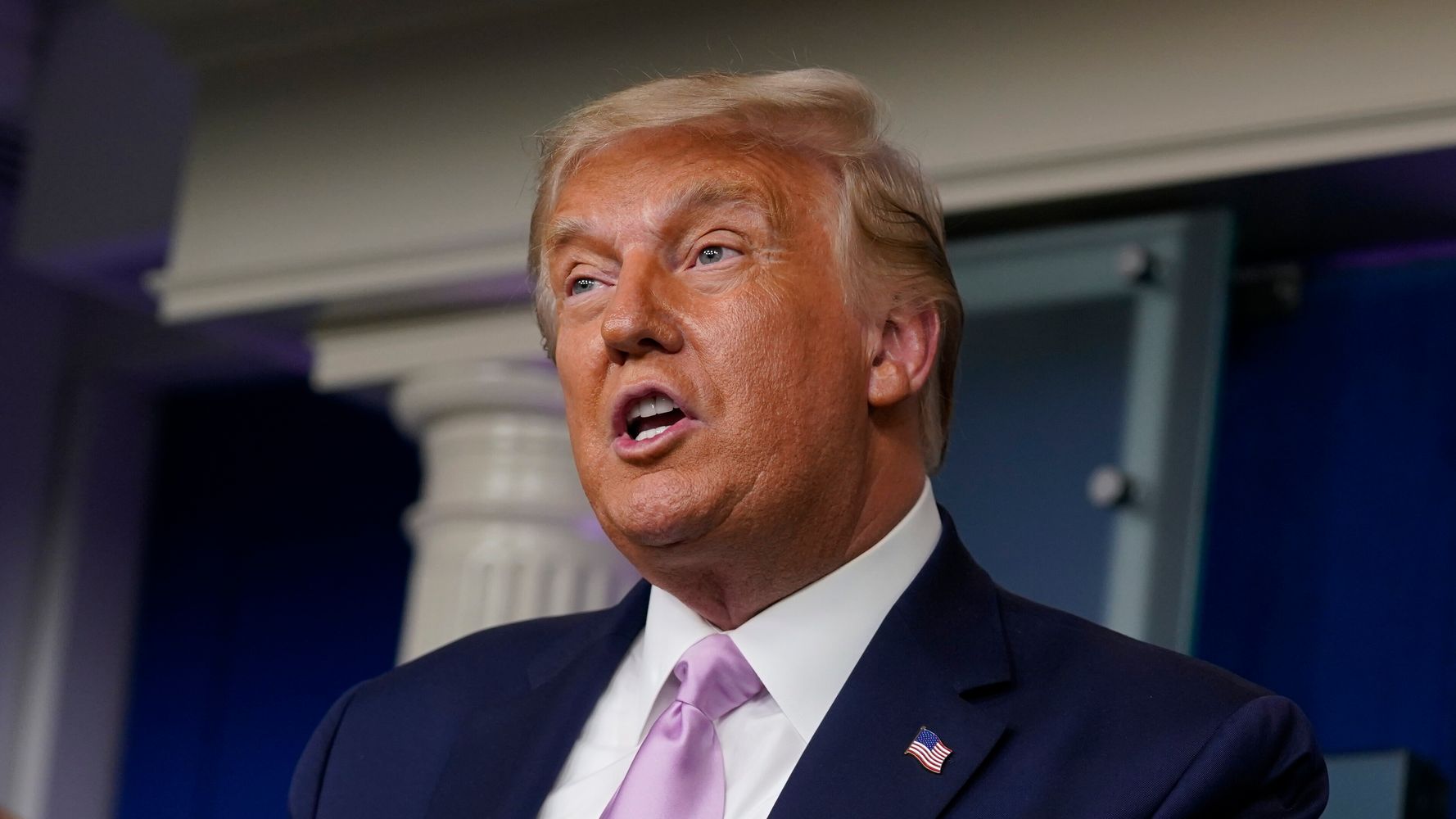 Commentators were left aghast on Wednesday after President Donald Trump said he appreciates his support from followers of QAnon, a fringe-right conspiracy theory linked to acts of violence.

“I don’t know much about the movement, other than I understand they like me very much, which I appreciate,” he told a reporter when asked about QAnon at a White House press briefing. “I have heard that it is gaining in popularity.”

“I’ve heard these are people that love our country,” he added.

When the reporter pointed out that followers of the convoluted theory believe that Trump is secretly saving the world from a satanic cult of pedophiles and cannibals, Trump said, “I haven’t heard that. But is that supposed to be a bad thing? … If I can help save the world from problems, I’m willing to do it.”

QAnon has fostered an online extremist movement that has been identified by the FBI as a potential domestic terrorism threat. Among other baseless conspiracy theories peddled by its followers, some claim that Trump is taking down a secret global band of “deep state” Hollywood elites and politicians who worship Satan and traffic children for sex. The group has been linked to kidnappings, murder and other violent crimes.

Earlier Wednesday, Facebook announced it had removed and restricted thousands of pages, groups, accounts and ads linked to QAnon and offline anarchist and militia groups in an effort to stifle their spread.

The president’s blasé praise for the conspiracy’s supporters and failure to condemn them stunned journalists and commentators online, many of whom shared resources about the group’s dangerous actions and beliefs.

This QAnon answer is a fucking disgrace. It’s a death cult. The FBI identified QAnon as a violent domestic terrorism threat and Trump is pretending not to know what it is while absolutely encouraging them and incentivizing more insane behavior.

Trump: “these are people that love our country.”

“I don’t know much, except that they like me very much, which I appreciate,” says Trump on:

QAnon — a conspiracy group the FBI has said is a potential domestic terrorist threat.

Want to know more about what QAnon is, how it got so prominent so fast, and how it captured some of your family members?

Here’s my best stab at what it’s become today, in podcast form, with @trymainelee.https://t.co/O8TjSzfifj

Why Trump’s comments about QAnon are dangerous. https://t.co/74jZN2VAnp

Worth noting that what @realDonaldTrump said today about QAnon — “I don’t know anything about it other than they do supposedly like me” — is exactly what he says about white supremacists who endorse him.

All he knows is that they worship him and that’s more than enough to earn the full-endorsement of a broken president for a fascist, terrorist movement.

Just before the 2020 Republican National Convention next week, President Donald Trump is publicly embracing the dangerous fringe QAnon movement and singing their praises.

Will this be in the @GOP platform? Will Republicans condemn this group the FBI has called a domestic threat? https://t.co/q5BmRCsKtj

Trump refuses to denounce one of the most toxic and dangerous conspiracies in America. He embraces QAnon’s support for him. He was told part of their belief system and he didn’t reject it. This is the leader of the Republican Party.

going to revise my timeline here and say QAnon will be GOP orthodoxy next year if Biden wins and takes office. https://t.co/h8vdmFPatA

Trump embraced QAnon and didn’t disavow them. The FBI says its now a domestic terror threat and the insane and dangerous conspiracy theory might radicalize individuals and groups ahead of the 2020 election. How is he the law and order President, Republicans? The GOP is lost.

This is going to be a huge validation for QAnon believers. I wish the reporter had also mentioned the results of QAnon belief: the child kidnappings, the harassment and death threats, the murders, the terrorism, the estranged families. https://t.co/9UZnmMDRFN

President Trump has trafficked in conspiracy theories since the beginning of his political career (i.e. birtherism) and continues to do so regularly. Now, he’s not denouncing QAnon.

That is unprecedented, breaking norms, untraditional … but not surprising.

I am watching Trump talk about Qanon and how great it is that they love him, and all I can think of right now is that @brithume thinks that the problem is Joe Biden‘s mental condition.