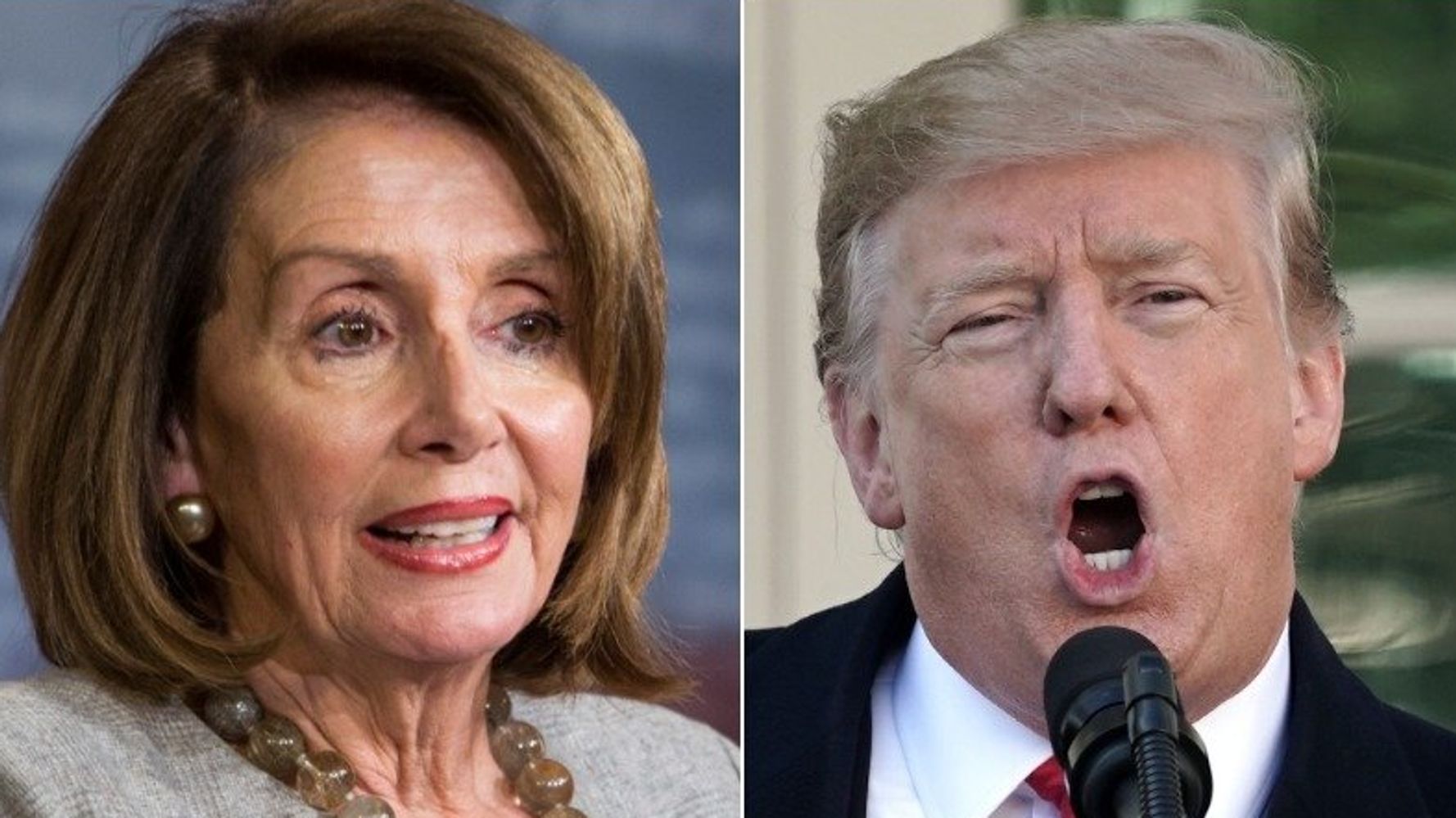 Instead, critics are using it on him.

Trump has repeatedly and without evidence accused House Intelligence Committee Chair Adam Schiff (D-Calif.), who is leading the impeachment inquiry, of treason, a federal crime that carries a potential death sentence.

Now, Trump is claiming the speaker is “every bit as guilty,” accusing her of “high crimes” and “treason.” He also called her “nervous Nancy,” a nickname he attempted briefly in June but quickly abandoned.

Nancy Pelosi knew of all of the many Shifty Adam Schiff lies and massive frauds perpetrated upon Congress and the American people, in the form of a fraudulent speech knowingly delivered as a ruthless con, and the illegal meetings with a highly partisan “Whistleblower” & lawyer…

….This makes Nervous Nancy every bit as guilty as Liddle’ Adam Schiff for High Crimes and Misdemeanors, and even Treason. I guess that means that they, along with all of those that evilly “Colluded” with them, must all be immediately Impeached!

Trump was slammed over the baseless accusations, with critics accusing him of trying to distract from the ongoing impeachment probe involving his demand that the Ukrainian president investigate 2020 rival Joe Biden.

And many pointed out that someone appears to be getting nervous ― but it’s not Pelosi:

It’s always projection with him. https://t.co/UYxWoPGrE3

Exactly. Trump’s the “Nervous Nancy.” It’s a great nickname for him. https://t.co/QyfmOCJqZ4

Dear @realDonaldTrump: As a member of @SpeakerPelosi’s leadership team, the only time I saw her nervous was … actually I’ve never seen her nervous. Speaker Pelosi has nerves of steel, wrapped around tungsten, coated in titanium.

Also, we have no idea what you are saying below. https://t.co/6TPKNpESVF

do you have -any- idea just how ridiculous you sound

Because Adam Schiff paraphrased the Trump-Zelensky call and because the whistleblower contacted House Intel staff in accordance with rules [refers to notes] Pelosi did treason. pic.twitter.com/Dzdzc0qxFv

There’s a name for engaging in this form of whining (instead of acting, you know, Presidential):

You are the “Nervous Nancy” in this scenario. B’bye..impeach, no pardons. b’bye tRUMP swamp.

There’s only one Nervous and “negative Nancy” here.. And it’s not Nancy.

Deranged Donny is getting very nervous about his legacy.
Give up – you already destroyed it yourself.

Yet again, whatever he’s telling you here, the center of it all is an accusation by a whistle-blower that he’s asked Ukraine – a country desperate for aid – to investigate as a favor his political opponent. This has been CONFIRMED by Trump himself who released the transcript.

When you find out about the fraudulent speeches you’ve made, you’re going to be really mad at you

You got the double dip going on Schiff in these tweets, but just “Nervous Nancy” for Pelosi?

Are ya scared of her?

These are words from Trump’s most recent tweet used to describe & attack other people.

The projection is stunning.

Republicans spin these authoritarian outbursts as (very unfunny) “jokes” but President Trump obviously believes them and that is super dangerous because he is the President of the United States.

Your arrogance is exceeded only by your astounding ignorance. And you seem very, very nervous. Many people are saying it.

It’s not a crime to investigate you (yet).
She doesn’t seem at all nervous.
You, however, have been melting down on Twitter for days.#ImpeachTrumpPenceBarrPompeo pic.twitter.com/zPSBEIUDm7

doesn’t seem nervous to me, but YOU sure do!#ImpeachmentIsComing #ImpeachTrump

Men are entirely too emotional! https://t.co/xnU3JcvZVw