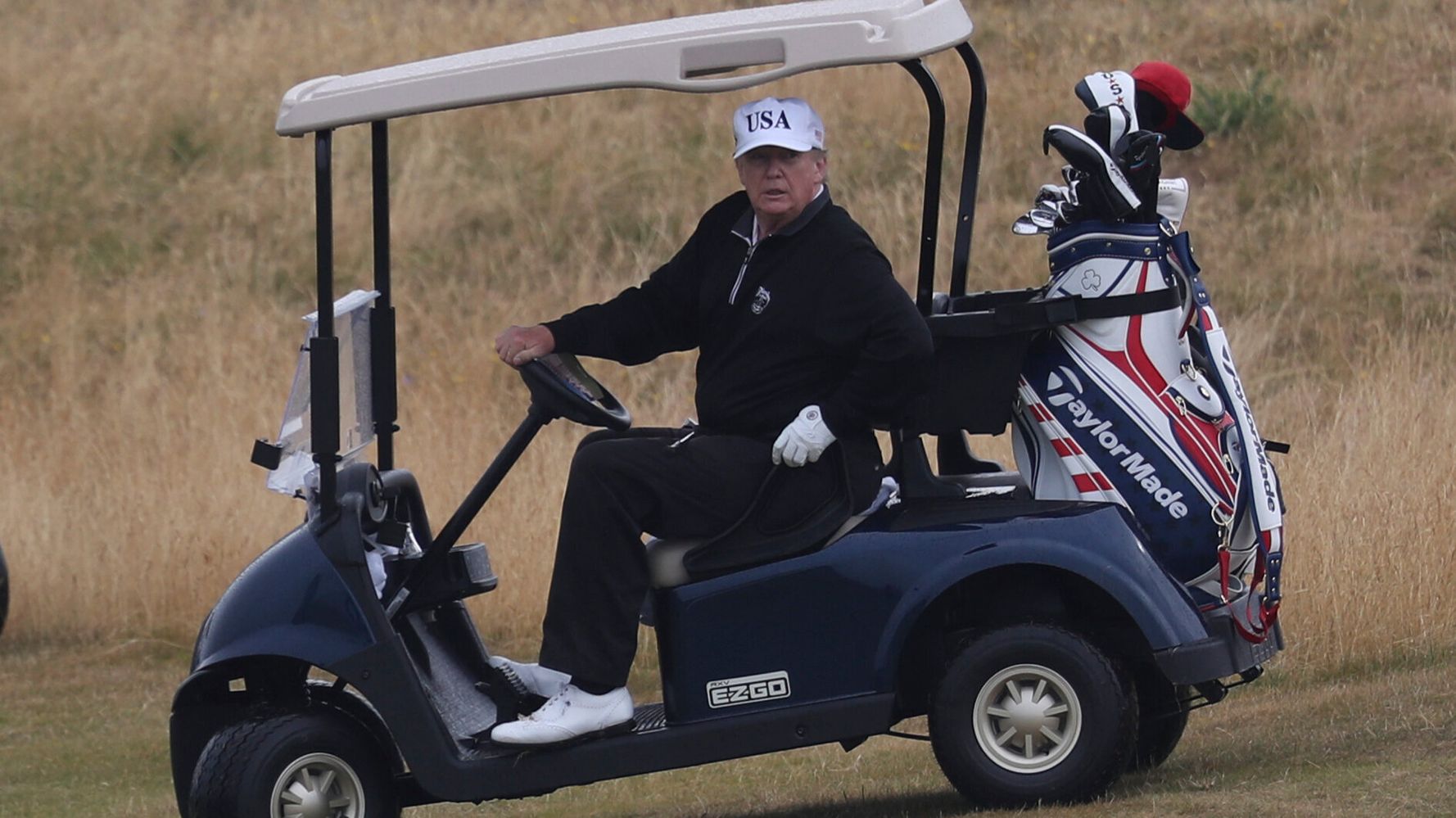 Even as House lawmakers investigate suspicious U.S. military refueling stops close to Donald Trump’s Turnberry golf resort, a Defense Department agency is finalizing a new contract for continued stops at the airport into 2024, The Scotsman newspaper has reported.

The House Oversight Committee is investigating refueling stops at the remote Glascow Prestwick Airport just 23 miles from Trump’s Turnberry resort in Scotland. Military personnel stayed nights at Turnberry, spending federal funds for lodging and food that went to the president’s company, both Politico and The New York Times reported.

The fuel could have been obtained more cheaply at an American military base.

Both the government-owned Prestwick and Trump’s Turnberry have struggled financially, but their bottom lines have improved since Trump moved into the White House.

Prestwick’s refueling contract with the U.S. Defense Logistics Agency (DLA) is about to expire. Total payments to the airport since 2017 could total as much $21 million by the time the contract ends, The Scotsman reported.

But the airport has a new, longer contract beginning October 1 and running through the end of September 2024, the newspaper reported. The value is yet to be determined. But the new deal would involve supplying some 12.4 million gallons of aviation fuel — about 3 million more than the current deal, according to The Scotsman.

The House Oversight Committee has spent months looking into the U.S. military activity near Turnberry as part of its investigation into the Trump administration’s potential violations of the Emoluments Clause of the Constitution, which forbids presidents from using their office to enrich themselves.

In a June letter obtained by Politico to acting Defense Secretary Patrick Shanahan, committee Chairman Elijah Cummings (D-Md.) and Rep. Jaime Raskin (D-Md.) called on the Pentagon to turn over documents regarding the military stops. The letter indicated the refueling arrangement may be part of a plan to help keep the struggling Prestwick airport open and aid sales at Turnberry. “U.S. military expenditures at the airport appear to increased substantially since the election,” the lawmakers noted.

The Pentagon has so far refused to cooperate with Cummings’ request for documents, a source told Politico.

The Scottish government is taking heat from the public over Prestwick’s link to the U.S. military as the government-owned airport collects money from the Trump administration while leaders publicly attack the president’s character and his foreign policies, The Scotsman has reported.

The U.S. military is currently Prestwick’s biggest customer. According to records viewed by The Scotsman, Prestwick was paid  $11 million over just six months from last October to March.

Some 64 pages of American procurement records viewed by The Scotsman detail 644 separate orders placed for aviation turbine fuel by the energy division of the DLA, which is located in Virginia and manages the global supply chain for the U.S. Army, Navy, and Air Force.

Prestwick held discussions in 2017 about “potential partnership opportunities” and business development targets with Trump Turnberry, according to documents obtained by The Scotsman’s Sunday newspaper. Prestwick is currently up for sale.

The House Oversight Committee also now plans to investigate Vice President Mike Pence’s stay at Trump’s Irish golf resort during an official visit to Ireland last week, even though the resort was 180 miles away — on the other side of the island nation — from planned meetings in Dublin.