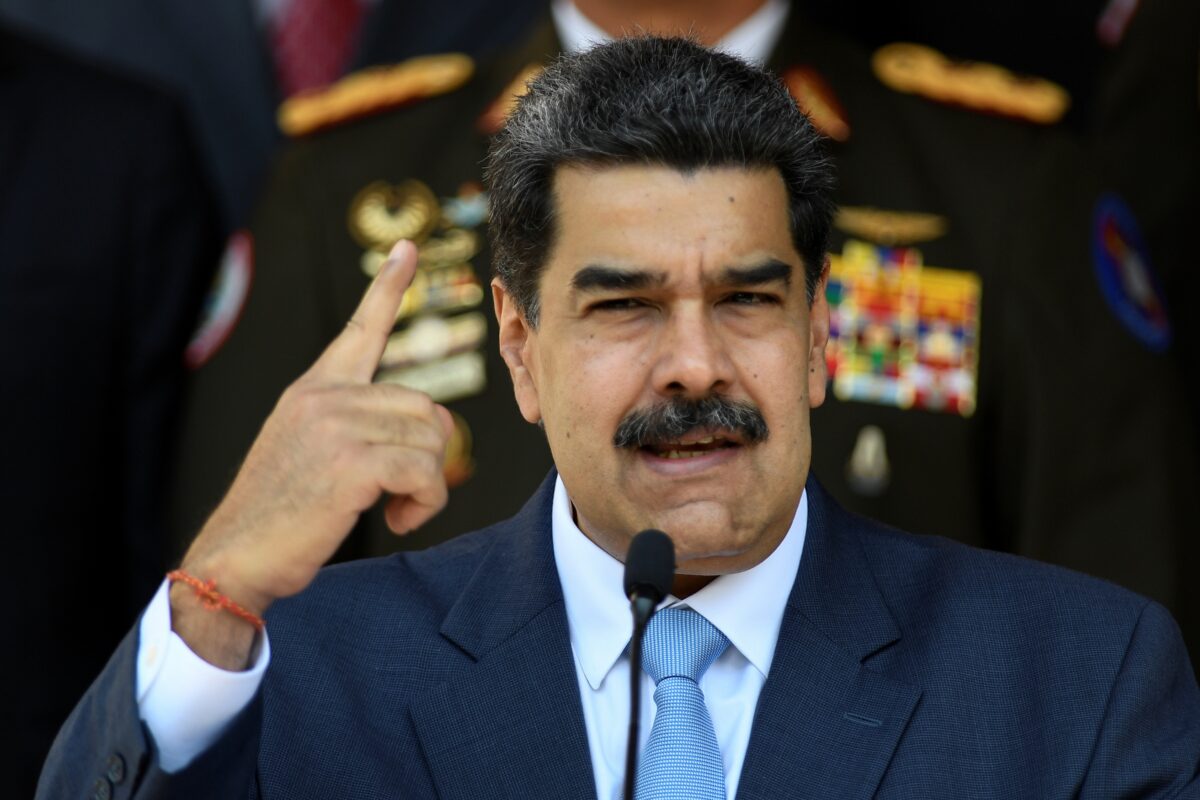 The firm, Ex-Cle Soluciones Biometricas C.A. (Ex-Cle C.A.), is accused of materially supporting Maduro’s regime by “providing goods and services that the Maduro regime used to carry out the fraudulent December 6, 2020 parliamentary elections,” said the Department of the Treasury in a news release, while also announcing sanctions against the company and two of its executives.

Ex-Cle C.A. is a biometric technology company that operates in Venezuela as the subsidiary of Argentine-registered Ex-Cle S.A. According to the company’s website, it designs systems that use biometrics to identify and verify citizens when they vote, while the Treasury Department said the firm “has been doing business as the electoral hardware and software vendor with Maduro regime-aligned government agencies and officials.”

The Department of State, meanwhile, asserted that Ex-Cle C.A. “was aware of and involved in the regime’s efforts to rig the fraudulent December 6 elections, thereby undermining democracy and suppressing the voices of the Venezuelan people.” The company aided the regime in buying “thousands of voting machines from China, routing payments thru the Russian financial system,” the State Department added.

“They shipped the voting machines through Iran using rogue airlines Mahan Air and Conviasa, both previously targeted by the Treasury Department’s Office of Foreign Assets Control,” according to a press release.

The firm was founded in 1998 and provided election services to Venezuela’s government as early as 2005, according to its website. It provided services during the 2012 Venezuelan presidential election that saw Maduro get elected, although the election—and subsequent ones—was marred by accusations of fraud and rigging on behalf of Maduro.

Two executives who are heavily involved in the company’s operations, Guillermo Carlos San Agustin and Marcos Javier Machado Requena, were also sanctioned by the Treasury Department.

The Treasury noted that after the sanctions, “all property and interests in property of the persons designated today that are in the United States or in the possession or control of U.S. persons are blocked and must be reported to [U.S. Office of Foreign Assets Control, or OFAC].”

“In addition,” the agency said, “any entities that are owned, directly or indirectly, 50 percent or more by the designated persons are also blocked. OFAC’s regulations generally prohibit all dealings by U.S. persons or those within (or transiting) the United States that involve any property or interests in property of blocked or designated persons.”

The move freezes any U.S. assets of the company and people and generally bars Americans from dealing with them.

The United States, the European Union, and more than a dozen Latin American countries said last week they would not recognize the results of the Dec. 6 parliamentary election, which saw allies of Maduro win a majority.

Ex-Cle C.A. has not yet responded to a request for comment.