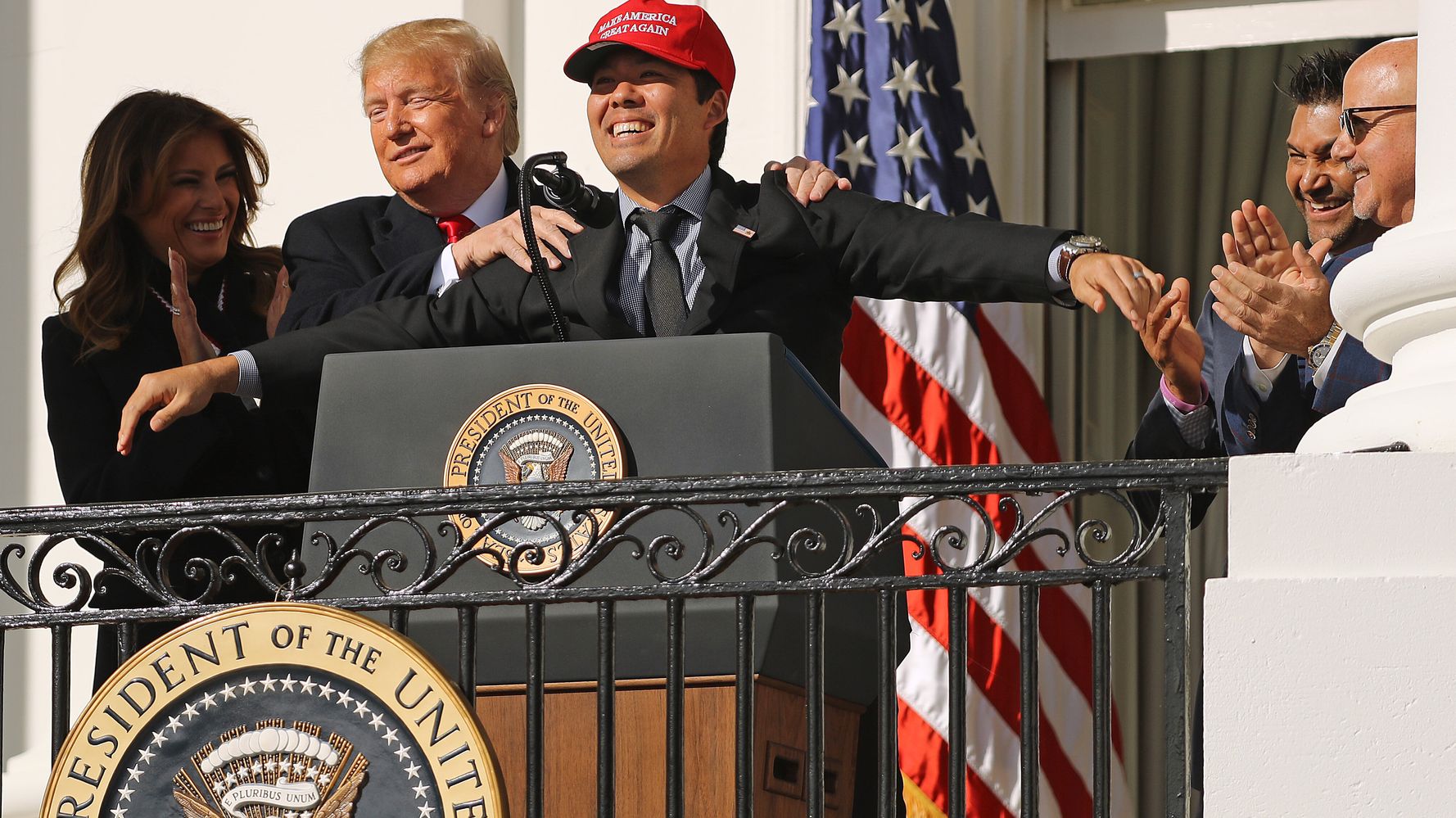 The friendly interaction comes just after pitcher Sean Doolittle declined to attend in protest of the president’s administration.

Introducing Suzuki before an audience, Trump praised his performance on the field, inviting him to the podium to say a few words.

As Suzuki walked over, he pulled out the signature red hat and placed it on his head, stretching his arms out to the crowd.

“I love him!” Trump said, hugging the athlete.

Suzuki, offering only a short statement, said, “I love you all. Thank you.”

“What a job he did,” Trump remarked. “I didn’t know that was going to happen.”

[email protected] catcher Kurt Suzuki puts on a MAGA hat and gets a hug from @POTUS during White House visit pic.twitter.com/vdXSUveZkD

On Friday, after the Nationals’ World Series win against the Houston Astros, Doolittle told The Washington Post he would boycott the White House celebration, noting that “as much as I wanted to be there with my teammates and share that experience with my teammates, I can’t do it.”

“There’s a lot of things, policies that I disagree with, but at the end of the day, it has more to do with the divisive rhetoric and the enabling of conspiracy theories and widening the divide in this country,” Doolittle said.

Doolittle supports LGBTQ rights and has worked with military veterans and Syrian refugees alongside his wife.

According to The Associated Press, seven members of the Nationals skipped the event.