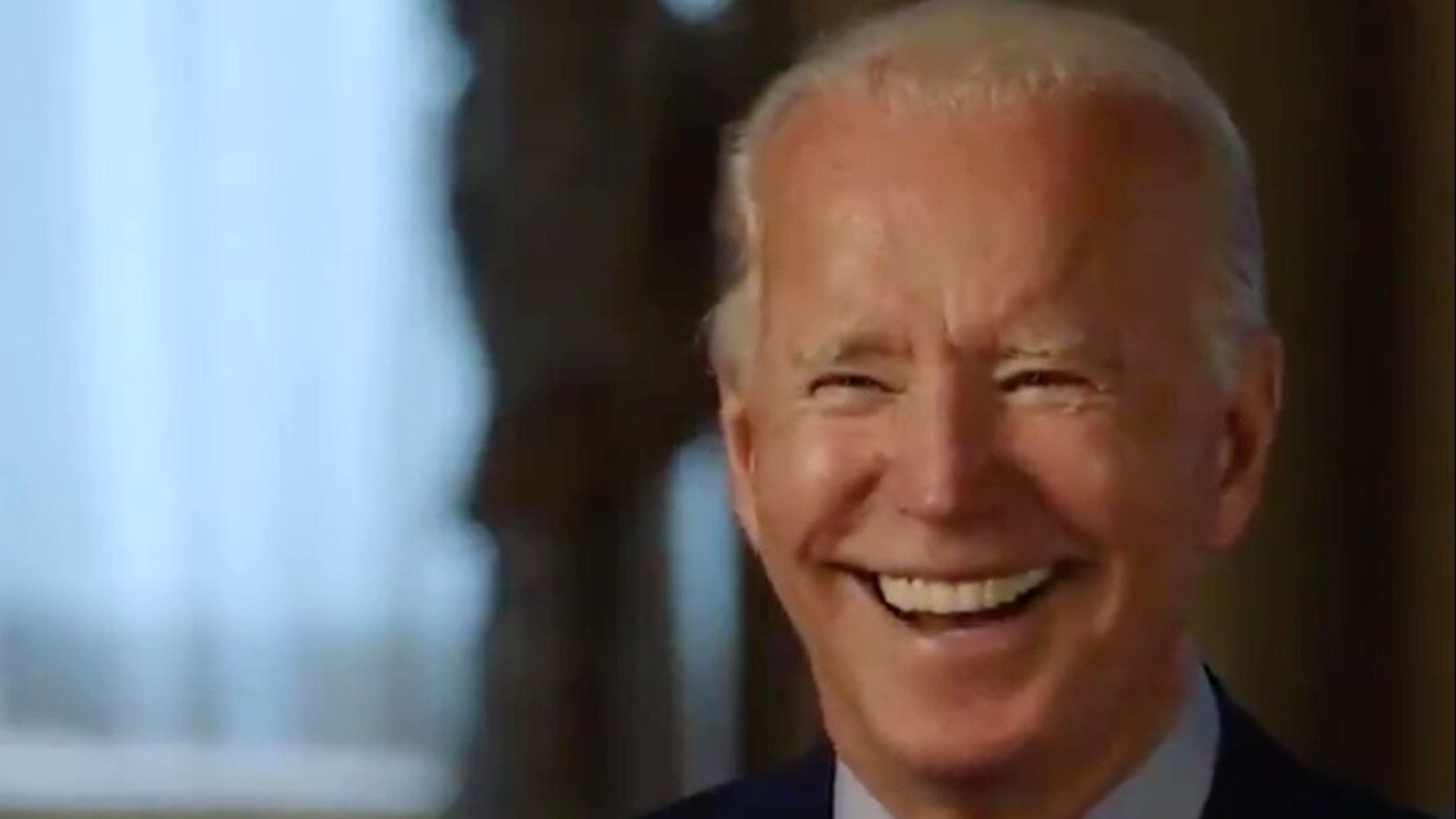 Trump has questioned Biden’s mental fitness, calling him “not all there” and “mentally shot.”

But Biden chuckled when asked about it by ABC’s David Muir.

“Watch me, Mr. President, watch me,” he said. “Look at us both. Look at us both, what we say, what we do, what we control, what we know, what kind of shape we’re in. Come on”

Biden said mental acuity is a “legitimate question” for any presidential candidate past the age of 70 (he is 77; Trump is 74).

“But I just, only thing I can say to the American people, it’s a legitimate question to ask anybody,” he said. “Watch me.”

The Trump campaign has also accused Biden of “hiding” in his basement, including in an ad using deceptively manipulated video.

But Biden laughed that off, too, saying he’s reached 500 million people without asking his supporters to risk exposure to the coronavirus.

“Look what happened with his events. People die. People get together, they don’t wear masks, they end up getting COVID,” he said. “They end up dying, one of his strongest supporters.”

He was likely referring to Trump ally and former GOP presidential candidate Herman Cain, who was hospitalized with the coronavirus less than two weeks after the president’s June 20 rally in Tulsa, then died July 30.

It’s not clear where Cain caught the virus, but the Tulsa Health Department said a surge in cases was likely tied to the event.

EXCLUSIVE: @DavidMuir asks Joe Biden, “Can you win a presidential election from home?”

“We will,” Biden responds. “It’s about being responsible.” https://t.co/btnoohkwg8 pic.twitter.com/AYobpLJ4Ya