‘We Must Stop the Glorification of Violence’: Trump Points to Violent Video Games in Wake of Shootings 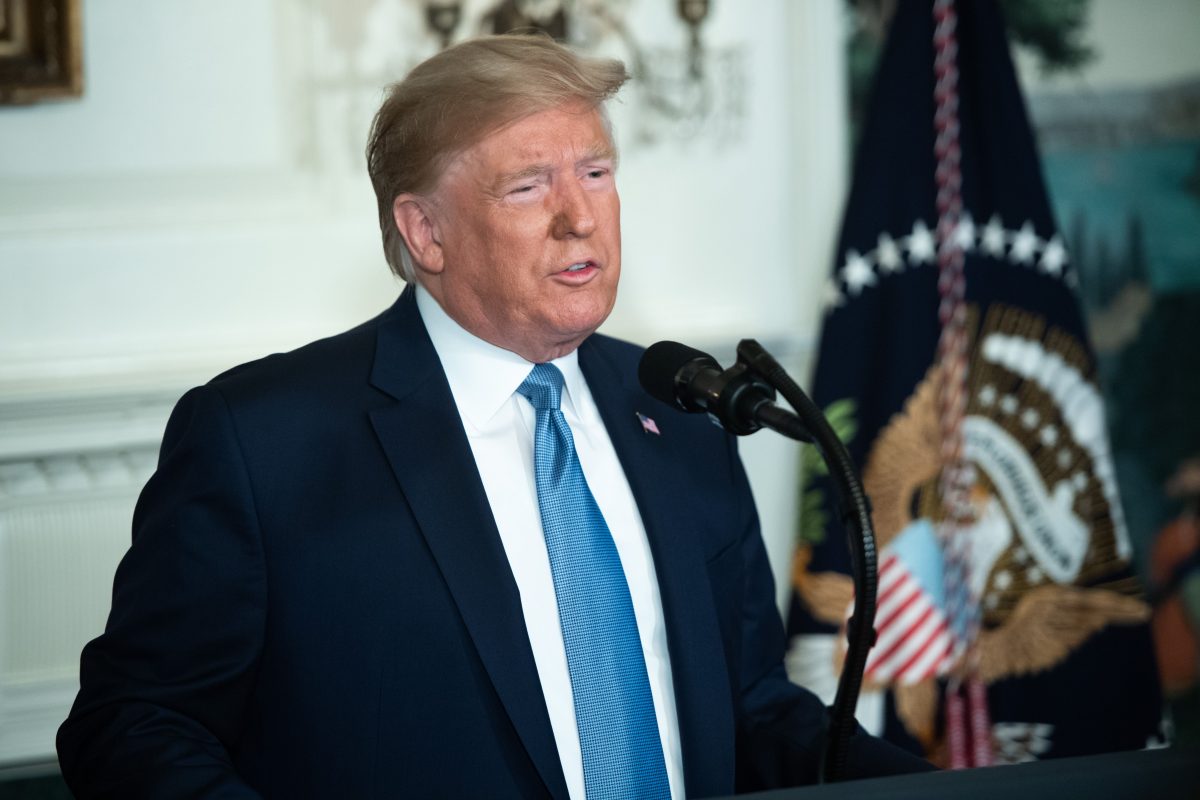 President Donald Trump has partly directed blame toward violent video games for two mass shootings that left 31 people dead over the weekend, saying that the “glorification of violence” must stop.

Speaking to reporters at the White House on Aug. 5, Trump denounced the mass slayings, hate crimes, and white supremacy as he addressed the nation about the shootings in El Paso, Texas, and Dayton, Ohio, which occurred within 13 hours of each other.

“We must stop the glorification of violence in our society,” Trump said. “This includes the gruesome and grisly video games that are now commonplace. It is too easy today for troubled youth to surround themselves with a culture that celebrates violence.”

“We must stop or substantially reduce this, and it has to begin immediately. Cultural change is hard, but each of us can choose to build a culture that celebrates the inherent worth and dignity of every human life. That’s what we have to do,” he added.

This is not the first time Trump has raised concerns about the relationship between violent video games and the likelihood of individuals to commit violent acts.

“Video game violence & glorification must be stopped—it is creating monsters!” Trump wrote in a tweet back in 2012.

Video game violence & glorification must be stopped—it is creating monsters!

Today, President Trump participated in a roundtable with Congressional leaders and video game industry leaders in the Roosevelt Room at the White House.

Along with Trump, several lawmakers have also raised concerns about possible subliminal factors in video games, which could trigger violent acts.

“Video games dehumanize individuals to have a game of shooting individuals or others,” House Minority Leader Kevin McCarthy (R-Calif.) said in an interview on Fox News’ Sunday Morning Futures program. “We watched from studies shown before, of what it does to individuals. When you look at these photos of how it took place, you can see the actions within video games.”

“How long are we going to ignore—at the federal level particularly—where they can do something about the video game industry?” Patrick told Fox & Friends.

Responding to McCarthy, Rep. Alexandria Ocasio-Cortez (D-N.Y.) disputed his claim and instead placed the blame of the shootings on white supremacy.

“Video games aren’t causing mass shootings, white supremacy is. Sadly the GOP refuse to acknowledge that, bc their strategy relies on rallying a white supremacist base,” Ocasio-Cortez said in a tweet on Aug. 4.

Sadly the GOP refuse to acknowledge that, bc their strategy relies on rallying a white supremacist base.

That‘s why the President hosts stadiums of people chanting “send her back”& targets Congress-members of color. https://t.co/8F51h46bOO

Trump’s recent comments have added fuel to the debate over possible links between gun violence and video games. The president and other critics have long believed that violence in movies and video games can play a role in “shaping young people’s thoughts” and want industry leaders to address the issue.

“The conclusion of the public health community, based on over 30 years of research, is that viewing entertainment violence can lead to increases in aggressive attitudes, values, and behavior, particularly in children,” the reviewers wrote in a joint statement in 2000.

Professor Jay Hull, from Dartmouth College’s Psychological and Brain Sciences department, told The Epoch Times that his team’s analysis of 24 studies, which tracked more than 17,000 people for periods of three months to as long as four years, found an association between playing violent video games and increases in physical aggression over time. The research, which was co-authored by two other researchers and published in October 2018, studied people in samples with the average age varying from 9 to 19 years old.

“We feel like we have pretty solid ground to say that, yeah, these kinds of games are associated with increased aggression,” he said.

“Longitudinal studies measure something at one point in time and then check at a different point in time later on to see the changes in aggression and to see if game playing at time one is predictive of the amount of change over time that you see,” he added. “This is not simply a correlation. It’s not simply saying: Oh, there’s a correlation between them. It’s evidence that, in fact, change over time in aggression, is associated with playing these games.”

But not all researchers agree. In February, researchers at the Oxford Internet Institute found that there was no evidence to show an association between the amount of time spent playing violent video games and aggressive behavior in adolescents.

In another study, published in March, a University of Buffalo professor found that exposure to video games itself may not create aggressive behavior but may trigger violent acts in people who already have a predisposition toward violence.

“Video games do not, in and of themselves, create aggressive behavior. Rather, the video game may act as a primer for violence and aggression when specific biological and social conditions are present,” Richard Lamb, associate professor of learning and instruction and director of the Neurocognition Science Laboratory, said in a statement.

In 2018, the World Health Organization (WHO) said gamers who are “characterized by impaired control over gaming” now qualify as suffering from a mental health condition. This classification aims to help identify people who have become addicted to video games and aren’t seeking help, researchers said.

The gaming industry is a multibillion-dollar market. In 2018, the U.S. video gaming industry generated a record $43.4 billion in revenue, an increase of 18 percent from 2017, according to recent data from the Entertainment Software Association (ESA). According to the ESA, there are currently about 150 million gamers in the United States.