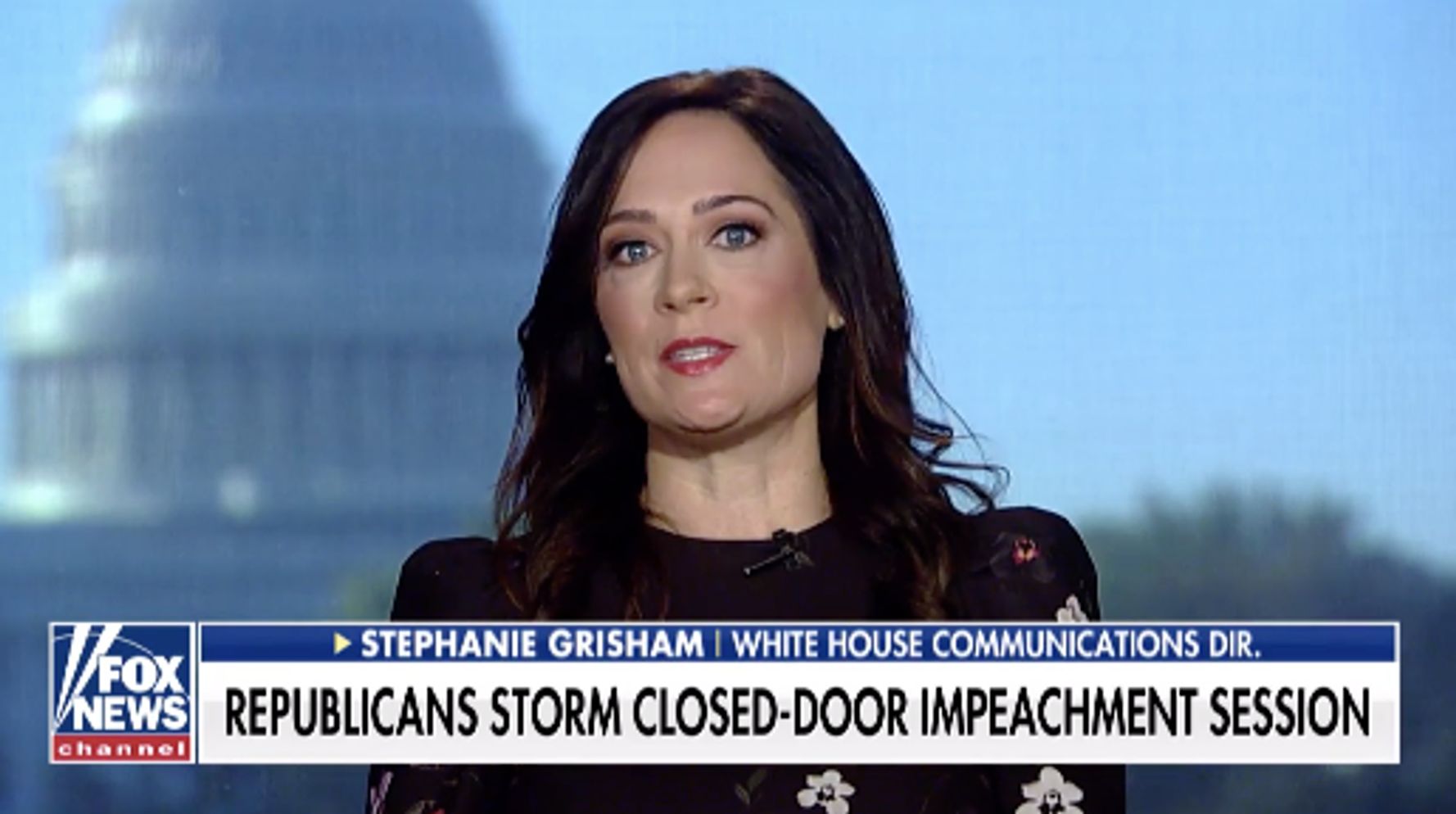 Asked during an appearance on “Fox & Friends” whether Trump regrets using that phrase, Grisham enthusiastically said no.

“He shouldn’t,” she told host Brian Kilmeade. “The people who are against him and have been against him and working against him since the day they took office are just that. … They deserve strong language like that.”

Grisham, who hasn’t led a White House briefing since Trump appointed her as his press secretary in July, added that Trump believes there are some people working within the U.S. intelligence community who are also “really terrible.”

White House press secretary Stephanie Grisham agrees that opponents of Donald Trump are “scum”: “The people who are against him and who have been against him and working against him since the day they took office are just that. … They deserve strong language like that.” pic.twitter.com/0Gkll6DZqi

Trump tweeted Wednesday that “Never Trumper Republicans” are “dangerous” and warned Americans to “watch out for them” ― a jab at Republicans like Sen. Mitt Romney of Utah, who haven’t unflinchingly defended Trump amid the House’s impeachment inquiry.

His tweet garnered backlash from Republican Rep. Adam Kinzinger of Illinois, who called Trump’s comments “beneath the office of the presidency.”

The Never Trumper Republicans, though on respirators with not many left, are in certain ways worse and more dangerous for our Country than the Do Nothing Democrats. Watch out for them, they are human scum!

Trump regularly insults his political opponents and critics on Twitter, despite his purported outrage over Hillary Clinton’s remark in 2016 that half of his supporters could be put into a “basket of deplorables.”

“While my opponent slanders you as deplorable and irredeemable, I call you hardworking American patriots who love your country,” he said at a campaign rally in Iowa days later.

But Trump and his press secretary appeared to have no qualms about attacking the character of Americans who are “against” the president.

Eminem Was Interviewed By Secret Service About Lyrics Threatening The Trumps