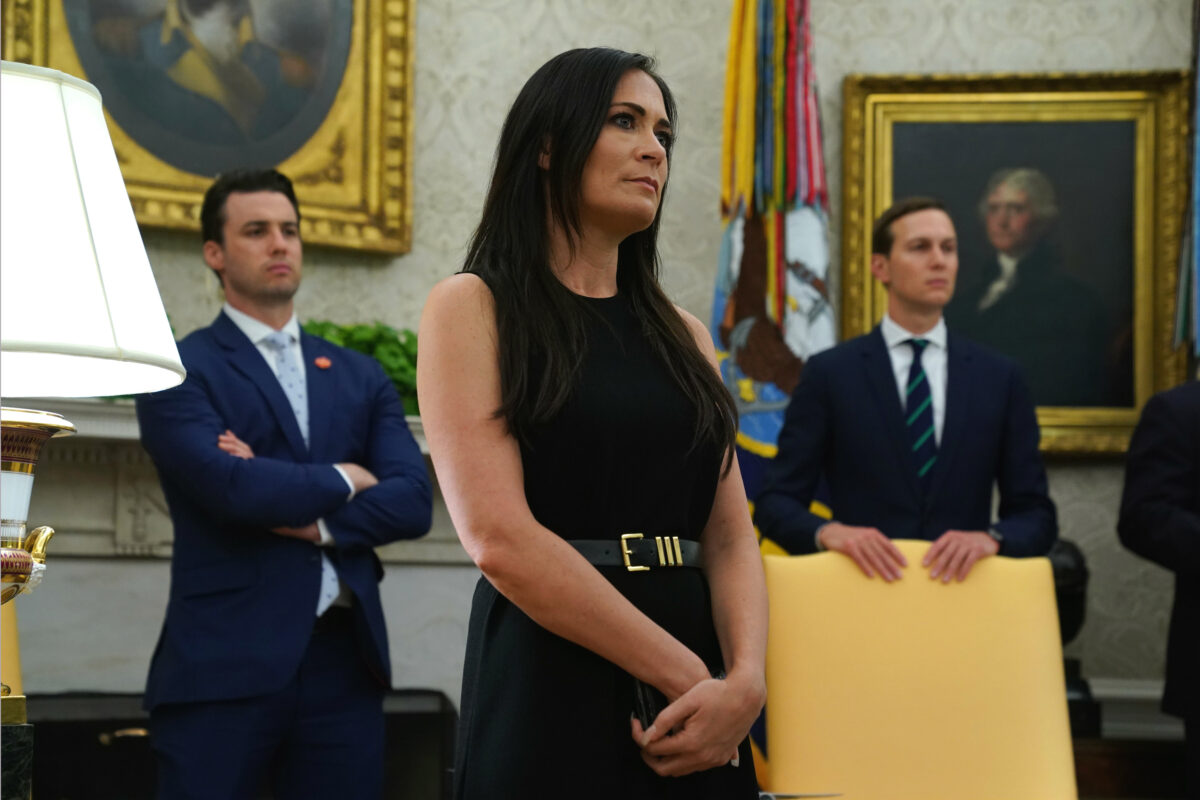 White House press secretary Stephanie Grisham says that she has no plans to resume daily briefings, saying they were canceled because they had become “a lot of theater.”

Grisham made the comment on Sept. 23 during an appearance on Fox & Friends, when she was asked whether the press briefings would return. The White House hasn’t had a daily press briefing since March when former press secretary Sarah Sanders was still in the role.

President Donald Trump is currently doing fine being “his own best spokesperson,” Grisham said, arguing that the president is exceptionally accessible with his frequent gaggles with the White House press corps.

“Ultimately, if the president decides that it’s something we should do, we can do that, but right now, he’s doing just fine,” Grisham told the program.

“And to be honest, the briefings have become a lot of theater. And I think that a lot of reporters were doing it to get famous. I mean, yeah, they’re writing books now. They’re all getting famous off of this presidency. And so, I think it’s great what we’re doing now.”

She said that Trump started noticing that members of the press “weren’t being good to his people,” and that ultimately influenced his decision to discontinue the press briefings.

“I think that it’s so important that, you know, the spokesperson for the president can adequately speak to his policies and get his message out there, and I think the president saw that that’s not what was happening,” Grisham said.

“It had become, again, theater, and they weren’t being good to his people. And he doesn’t like that. He’s very loyal to his people, and he put a stop to it.”

Trump’s previous two press secretaries, Sean Spicer and Sanders, had tense relationships with the press corps, which has been the subject of many news stories. Spicer regularly pointed out the bias of the press, but in turn, also was mocked while he served as press secretary.

Sanders also sparred with reporters during press briefings and faced extensive criticism during her tenure, often calling out the behavior of members of the press corps for their lack of decorum.

“We’re in the business of getting information to the American people, not making stars out of people that want to become contributors on CNN,” Sanders told Fox & Friends in January.

During Sanders’s tenure, the White House issued a set of rules to guide the conduct of journalists at press conferences, after an incident involving CNN reporter Jim Acosta at a 2018 press conference.

Acosta had his White House security pass suspended after he refused to release a microphone he was holding and for “placing his hands on a young woman just trying to do her job as a White House intern.” A judge later ruled that Acosta’s pass should be restored.

During an appearance on Fox News at the time, Sanders said, “We support a free press but freedom of the press doesn’t mean freedom to be disruptive, freedom to be rude, freedom to interrupt, and freedom to impede the ability of the colleagues of the disruptive reporter from actually being able to do their jobs, as well as White House staff to actually do theirs.”

The new rules limit reporters to one question; if a reporter has a follow-up question, the official taking the question would have the discretion as to whether to grant the follow-up query; and after which, the reporter is expected to yield the floor, which includes surrendering the microphone to White House staff. Failure to abide by any of the three rules may result in suspension or revocation of a reporter’s hard pass.

In January, Olivier Knox, the president of the White House Correspondents’ Association, issued a statement on the need for White House press briefings.

“This retreat from transparency and accountability sets a terrible precedent. Being able to question the press secretary or other senior government officials publicly helps the news media tell Americans what their most powerful representatives are doing in their name. While other avenues exist to obtain information, the robust, public back-and-forth we’ve come to expect in the James S. Brady Briefing Room helps highlight that no one in a healthy republic is above being questioned,” Knox said.