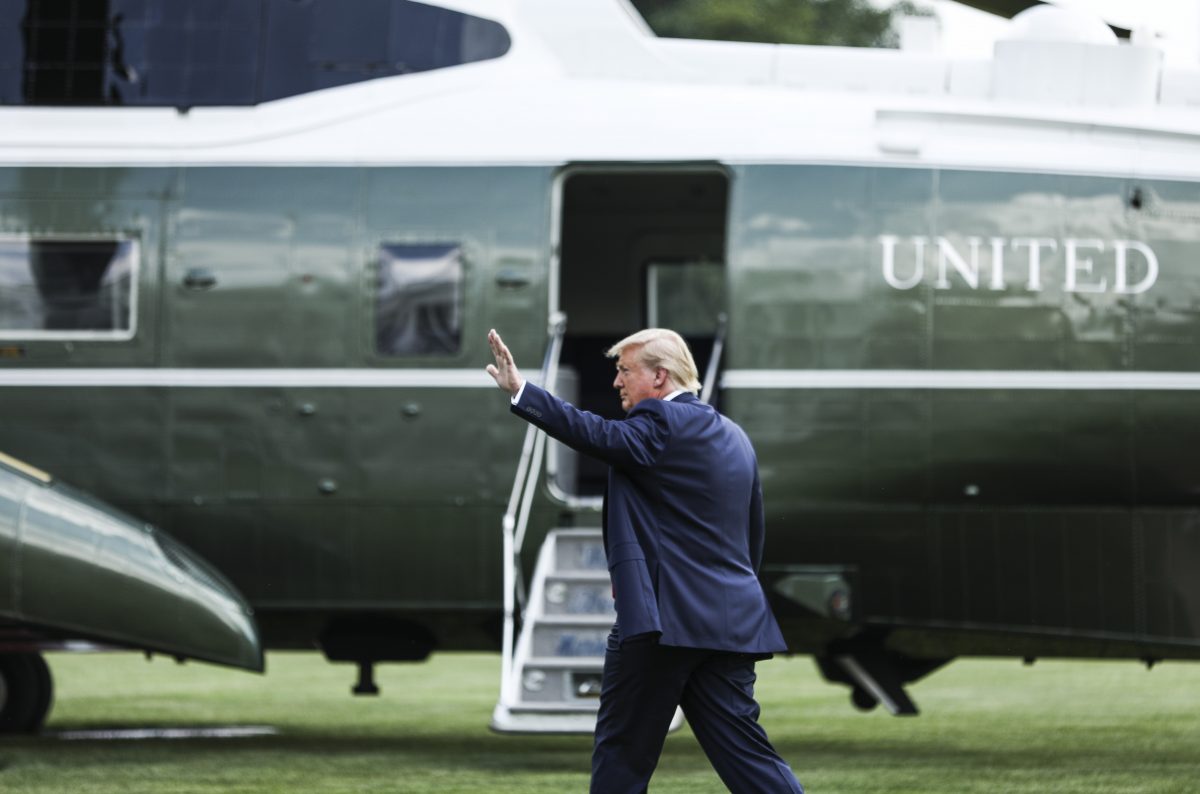 The White House is keeping a close eye on Google amid reports that the company is working with the Chinese Communist Party’s military and allegedly interfering in the U.S. presidential elections, both in 2016 and in the upcoming 2020 election.

President Donald Trump made the warning in a series of Twitter posts on Aug. 6, in which he talked about a recent meeting he had with Google CEO Sundar Pichai. He said Pichai was working “very hard” to show they liked him and said he praised the “great job” the administration is doing.

Trump said Pichai denied that Google was involved with China’s military and denied helping then-presidential candidate Hillary Clinton in the 2016 elections. He said Pichai assured him they are “not” planning to subvert the 2020 elections, “despite all that has been said to the contrary.”

“It all sounded good until I watched Kevin Cernekee, a Google engineer, say terrible things about what they did in 2016 and that they want to ‘Make sure that Trump losses in 2020,’” Trump continued.

[email protected] of Google was in the Oval Office working very hard to explain how much he liked me, what a great job the Administration is doing, that Google was not involved with China’s military, that they didn’t help Crooked Hillary over me in the 2016 Election, & that they…

… are NOT planning to illegally subvert the 2020 Election despite all that has been said to the contrary. It all sounded good until I watched Kevin Cernekee, a Google engineer, say terrible things about what they did in 2016 and that they want to “Make sure that Trump losses…

A Google spokesman rejected Cernekee’s claims in an Aug. 6 email to The Epoch Times.

“The statements made by this disgruntled former employee are absolutely false,” the spokesperson wrote. “We go to great lengths to build our products and enforce our policies in ways that don’t take political leanings into account. Distorting results for political purposes would harm our business and go against our mission of providing helpful content to all of our users.”

A current Google employee was caught on hidden camera in June by Project Veritas saying that the company’s goal, in some of its efforts, was preventing Trump or anybody like him from getting elected again.

“It’s one thing to show the power that search results have, but in the project, we showed that Google search results actually did favor one candidate,” he said.

Epstein’s peer-reviewed research found that Google’s algorithms can easily shift 20 percent or more of votes among voters, up to 80 percent in some demographic groups. He also found that Google search suggestions can turn a 50-50 split among undecided voters into a 90-10 split (pdf).

In March, the United States’ top general testified that China’s military is benefiting from the work Google is doing in the communist country.

“The work that Google is doing in China is indirectly benefiting the Chinese military,” Marine Gen. Joseph Dunford, chairman of the Joint Chiefs of Staff, said during a Senate Armed Services Committee hearing.

“We watch with great concern when industry partners work in China knowing that there is that indirect benefit,” he said. “Frankly, ‘indirect’ may be not a full characterization of the way it really is, it is more of a direct benefit to the Chinese military.”

James Andrew Lewis, senior vice president and director of the Technology Policy Program at the Center for Strategic and International Studies, told The Epoch Times in an Aug. 6 email, “All companies have to rethink research relations with China given Beijing’s increasing hostility.”

“Right now, what Google is doing in China is not illegal,” Lewis said. “That may change as the administration tightens export controls.”

Google said in 2018 that it no longer plans to acquire a $10 billion cloud-computing contract with the U.S. Defense Department. Google said that part of the reason why it stopped competing for the contract was because of new ethical guidelines that it said don’t align with the project, according to Reuters.