Why Pete Buttigieg’s Defense Of Wealthy Donors Is So Fuzzy 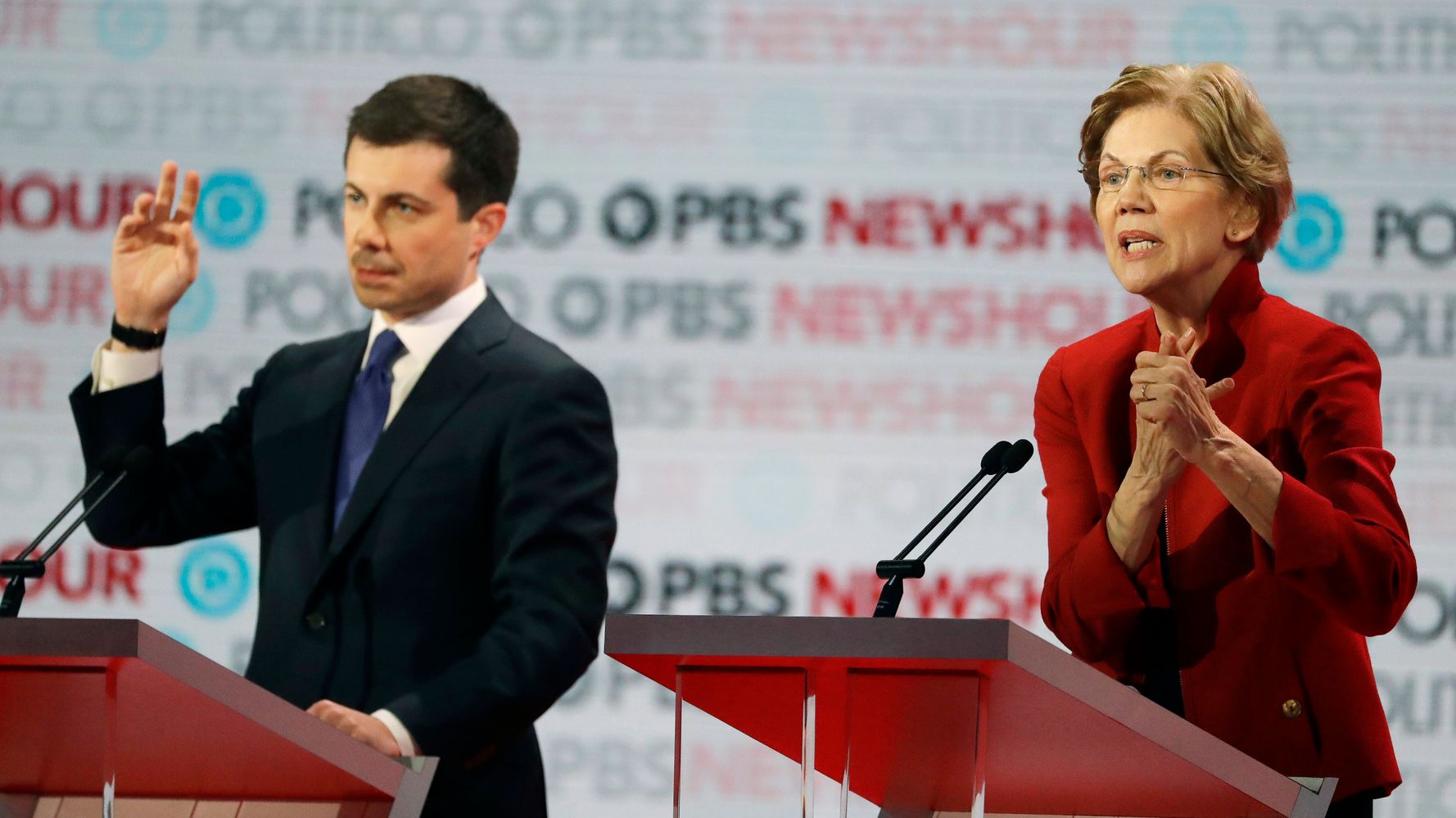 Craig Hall, the owner of the now-infamous “wine cave” in California’s Napa Valley that hosted a swanky fundraiser for Pete Buttigeig, is the type of billionaire that the Democratic presidential candidate is OK taking money from ― at least according to rules Buttigieg set for his campaign.

In addition to owning a winery and being a real estate magnate, Hall oversees a financial services company and is in the art business. Since the 1980s, he’s donated more than $2.4 million to Democratic causes and served as ambassador to Austria under President Bill Clinton.

But Hall is also a long-time investor in oil and gas, owning an energy company that has a dozen operating wells in Arkansas, a fact that’s been well documented in news reports over the years.

Buttigieg, like most of his fellow Democratic presidential contenders, has signed a voluntary campaign finance pledge that he will not take money from fossil fuel executives. His campaign confirmed to HuffPost that he continues to abide by that pledge, as well as vows swearing off money from corporate political action committees and donations from federal lobbyists.

Hall doesn’t count, the campaign argues, because he is a real estate executive who invested in fossil fuels, not the other way around.

But Buttigieg’s pledge, and his courting of wealthy donors like Hall, is an example of just how fuzzy these self-imposed rules on donations can be. The pledges are all voluntary — and they are flexible.

Does the fossil fuel pledge apply to investors in the fossil fuel industry? Not so, in Buttegieg’s case. Candidates also can reject corporate PAC money, but corporations can donate to issue-based PACs that may tacitly favor one candidate. Fifty-two members of Congress rejected corporate PAC money, but received a total of $2.95 million in the 2018 midterm cycle from Leadership PACs, which are almost entirely funded by corporations and industry groups, campaign finance watchdog group Open Secrets found.

“These voluntary pledges raise difficult questions around line drawing,” said Brendan Fischer, a campaign finance expert with the nonpartisan Campaign Legal Center, which works to lessen the influence of money in politics. “The most important thing about these pledges is that candidates are signaling to voters that they recognize there is something wrong with the system, and they are not going to fully embrace it.”

Sen. Bernie Sanders (I-Vt.) made grassroots fundraising a centerpiece of his bid for the 2016 Democratic nomination against Hillary Clinton, painting her as part of the elite political class. Since President Donald Trump’s election, the Democratic Party has zeroed in on a campaign finance reform platform; this year, House Democrats passed a bill that proposed publicly financing elections and mandating certain disclosures (the measure remains stalled in the Republican-controlled Senate).

As the 2020 campaign has geared up, many Democratic presidential candidates made campaign finance promises early on. Sen. Elizabeth Warren (Mass.) pledged to forgo high-dollar fundraisers in the primary in February — and later said she would follow through on that pledge in the general election if she wins her party’s nomination.

“We have a chance right now in a Democratic primary … to say, ‘Here’s how we’re going to do this. We’re going to build from the grassroots, we’re actually going to build a foundation for the Democratic Party that is really about face-to-face, person-to-person, neighbor-to-neighbor, people who are engaged in this campaign,’” she said in an interview with MSNBC’s Chris Hayes in February.

But while Democrats’ seem to have found consensus in displaying contempt for a broken campaign finance system, some resist actually abandoning it, in the name of pragmatism and winning elections.

While the Buttigieg campaign has signed onto three different campaign finance pledges, the candidate has also defended playing within the current system. In a striking moment during the Dec. 19 Democratic presidential debate, Warren attacked the South Bend, Indiana, mayor for hobnobbing with millionaires and billionaires for political donations — specifically calling out the wine cave gathering. Buttigieg justified his decisions to engage in high-dollar fundraising, arguing that wealthy donors don’t necessarily corrupt values and that Democrats cannot afford to turn donations away.

“These purity tests shrink the stakes of the most important election,” Buttigieg said of Warren and Sanders’ decisions to forgo high-dollar fundraising. He added that Warren has also participated in such fundraisers in previous campaigns.

“Did it corrupt you, senator? Of course not,” Buttigieg asked of Warren at the debate.

We are proud to have the support of more than 700,000 Americans who have already donated to our campaign and the only promise any donor will ever get from Pete is that he will use their donations to defeat Donald Trump.
Sean Savett, Pete Buttigieg’s campaign spokesman

Still, his argument stands in stark contrast with the rejection of wealthy donors that has marked much of the Democratic race. There was a point over the summer when the 24 candidates then in the race had signed a pledge swearing off corporate PAC money. Almost all — 19 candidates — did the same for donations from fossil fuel executives, and lobbyists.

“The criticism of how Buttigieg is running his campaign, is that the candidate who is elected by embracing the big-money campaign finance system would appear less likely to prioritize reforming that system,” Fischer said.

Buttigieg’s campaign would not comment about how it decides which donors it will take contributions from and which it will not. The campaign appears to operate on a case-by-case basis; early this year, it returned a donation from Steve Patton, a Chicago attorney who pushed against the release of the video of the notorious 2014 police shooting of teenager Laquan McDonald.

The campaign also reiterated the mayor’s support for campaign finance reform, including creating a small-dollar matching program, strengthening the Federal Elections Commission and pushing to overturn Citizens United, the landmark Supreme Court case that allowed for so-called dark money to flow into the election system unfettered.

“We need to defeat Donald Trump and we can’t do that with one hand tied behind our back,” Savett said.

But in signing campaign finance pledges, Buttigieg signaled the opposite: that there is a real danger to big money in politics.

American voters certainly seem to think so. A 2018 poll by the Pew Research Center found that 77% of the public agreed that limits should be placed “on the amount of money individuals and organizations” can spend on political campaigns. The same survey found that roughly 72% of the public, across the political spectrum, said they believe people who give a lot of money to elected officials have more influence.

“Voters are fed up with big money in politics and are seeing the impact on democracy, and candidates feel pressure to signal to voters that they hear these concerns and are taking them seriously,” Fischer said. “The impact of money in politics is systemic and complicated and there’s hardly ever and explicit example of quid pro quo.”