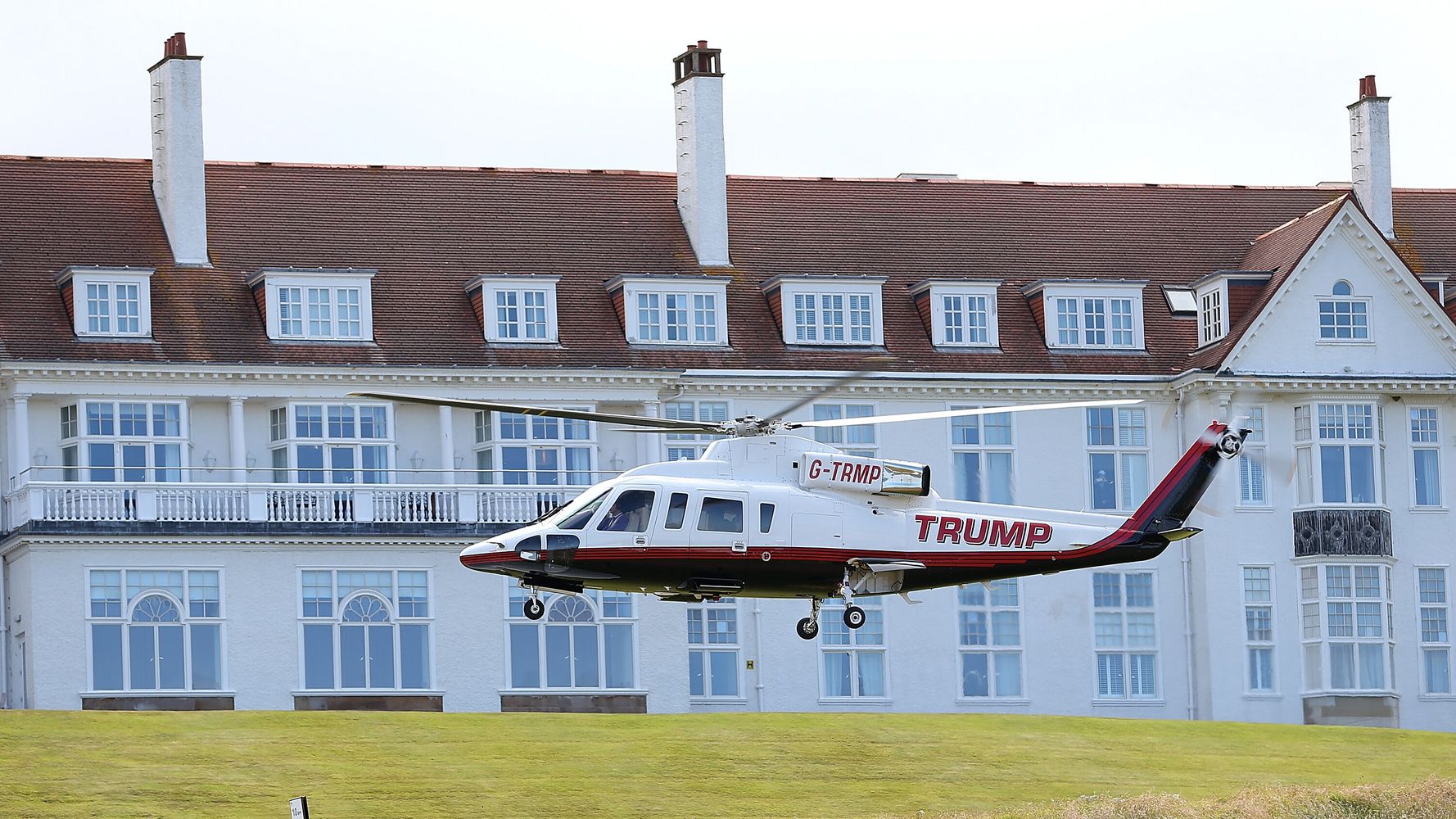 The U.S. Air Force was spending nearly $200,000 at President Donald Trump’s Turnberry golf resort as his own helicopter shuttle service to the club was failing, according to financial filings.

The Trump Organization’s DT Connect Europe Limited travel service registered at Turnberry was doing so poorly that it shipped its helicopter back to the U.S., The Scotsman reported.

The Air Force contract to refuel military planes at Glasgow Prestwick Airport near Trump’s Scottish resort as service members stayed at Turnberry is being investigated by the House Oversight Committee and the military. The committee is probing whether the arrangement was an attempt to use taxpayer funds to bail out the struggling Turnberry and the financially ailing airport. Prestwick, owned by the Scottish government, is a key transportation pipeline to Turnberry.

Trump launched the DT Connect service with the ultra-luxe Sikorsky S-76B helicopter in 2014. He announced at the time it would “connect the three dots” of his two Scottish golf resorts as well as his hotel in Doonbeg in Ireland.

But golf clients weren’t enough to keep the Sikorsky flying, so the helicopter was largely rented out for others to use, according to The Scotsman. But it’s now back in the U.S. and no longer registered in the United Kingdom, according to the newspaper — even though Trump Aviation still boasts of its fleet of three Sikorskys, based in Florida, New York and Scotland.

Trump’s 2018 financial disclosure listed the value of DT Connect in Turnberry at between $1 million and $5 million with a “rental income” of between $100,000 and $1 million. But according to business records filed with the U.K., its most recent profit and loss figure stood at a negative $120 million, which could mean the helicopter has been transferred out of the business.

The helicopter service became even less popular after Trump became president, The Scotsman reported. The director of a charter company that operated the Sikorsky for DT Connect said clients were eventually given the option to cover up the “Trump” name on the helicopter in a bid to boost business.

“In America, Trump is a brand,” Richard Stubbs of Cardinal Helicopter Services, which had a contract to fly the Sikorsky, told The Scotsman. “Obviously over here, it’s the focus of people’s anger, sometimes, so we operated with or without the name.”

Mark Zuckerberg Meets With Trump At The White House