Alec Baldwin Returns To ‘SNL’ For Trump Rally With Misfits, An ISIS Escapee And ‘Clinton’ 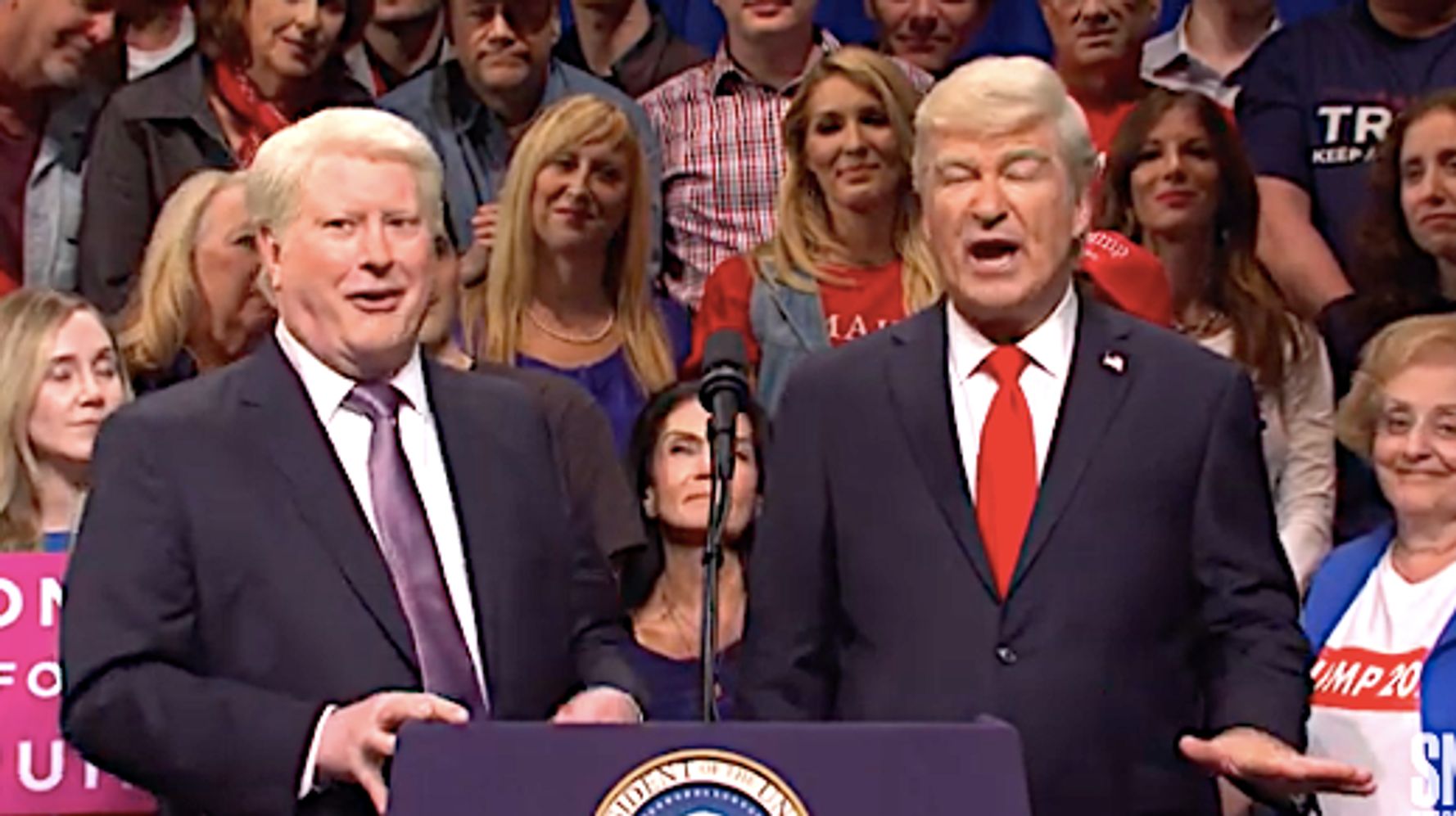 Alec Baldwin was back again as President Donald Trump in the cold open of “Saturday Night Live” at a wild campaign rally in “Albacore” — which was the misnomer Baldwin’s Trump used for Albuquerque.

Darrell Hammond (who used to pose as Trump) popped up as Bill Clinton, who was stunned by what Trump is getting away with. When Baldwin told Hammond’s Clinton that he was also being impeached, Hammond smiled and responded: “You dirty dog.” Baldwin’s Trump explained: “It’s not for that. They don’t mind when I do that. Trust me.”

Baldwin touted the wall along the Colorado border to keep the New Mexicans out and welcomed a group of gushingly supportive misfits to the stage. Cecily Strong posed as a backer sporting a T-shirt urging “Keem Amarica Greab Agrain” — which she copied from one of Trump’s tweets. Aidy Bryant’s character hailed Trump as “the one true white lord.” And Pete Davidson played an ISIS fighter who thanked Trump because he just escaped from prison because of the president pulling troops out of Syria.

Check it all out in the video above.